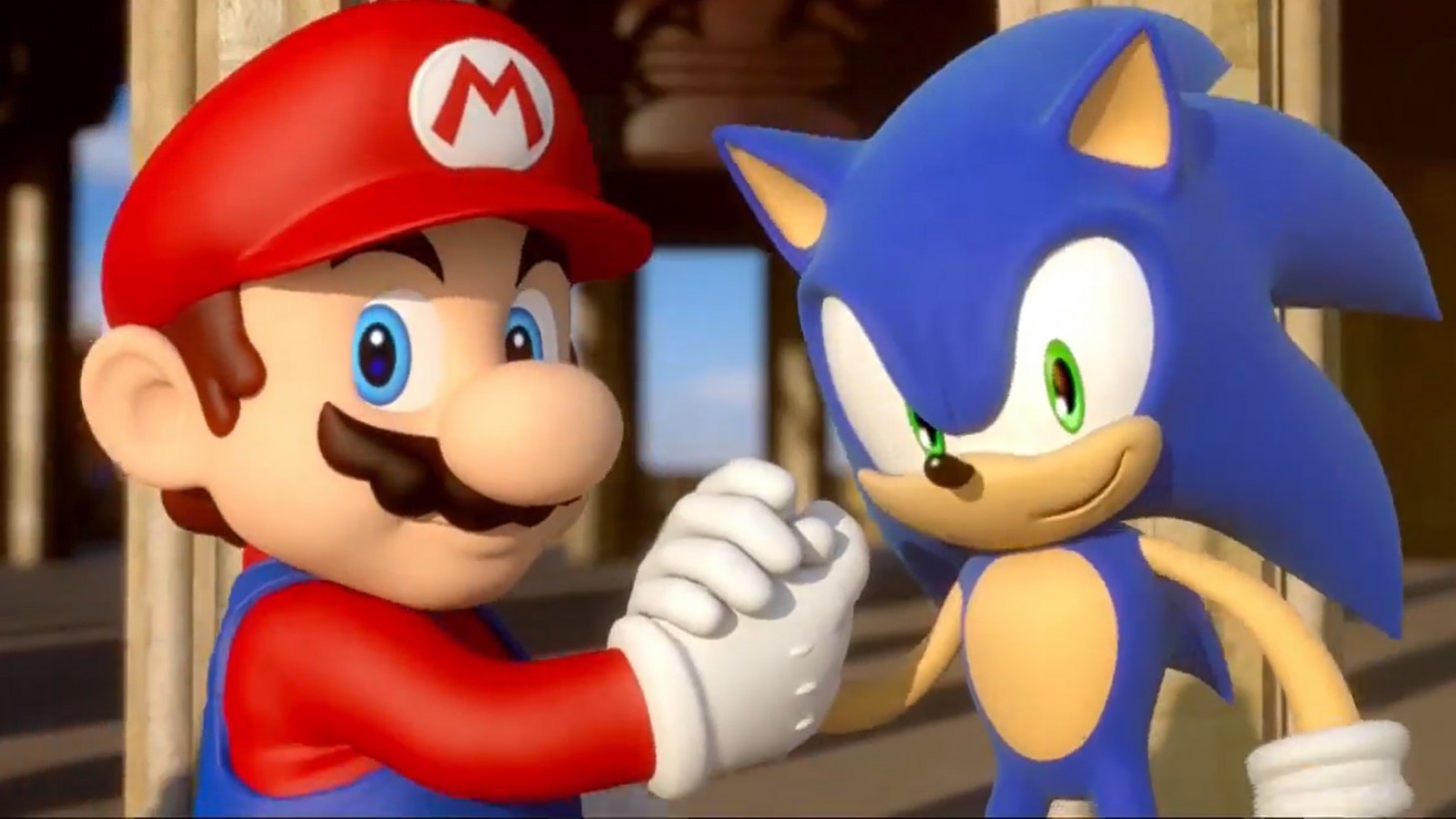 Never say never in video games. As we recently saw with MLB The Show going multiplatform, the seemingly impossible can still become reality, whether in the form of the revival of old franchises, unthinkable crossovers, or wild business decisions. The unpredictable and unlikely moments are part of what makes the game industry a lot of fun to follow. Here are just a few examples of times when pigs sprouted wings, dogs and cats got along, and skepticism was stomped into dust. 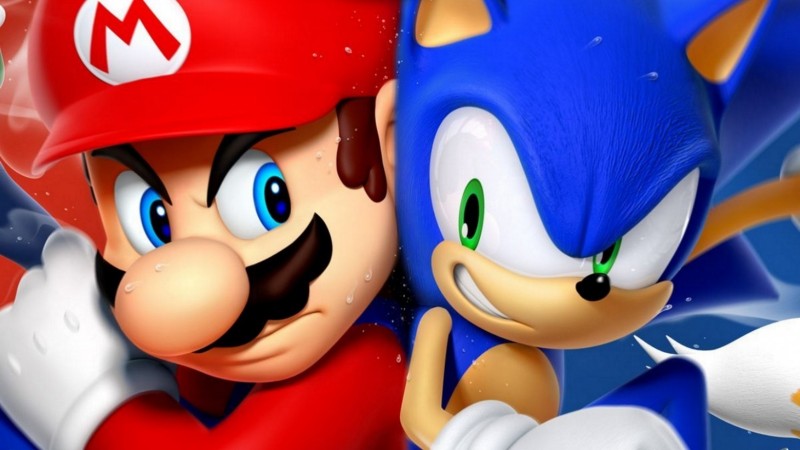 Sonic and Mario may have a friendly rivalry today, but in the ‘90s the battle between Nintendo and Sega was anything but amicable. The bitter feud defined gaming during the first half of the decade with the companies’ respective mascots at the front of the battle lines. You either repped the Mushroom Kingdom or lived to go fast; liking both was the coward’s way out. Even for those who lived it, it’s still wild to think about how Sonic seemed to have a real shot at dethroning Mario as the king of the platforming space. As a child of the ‘90s, I’ll never forget how surreal and almost wrong it felt to see Sonic grace a Nintendo product for the first time. He was literally created to be the antithesis to Mario. My childhood icons spent years at each other's throats, but now they’re chumming around at the Olympics!

Gaming platforms have traditionally been separated by a thick iron wall, so the idea of playing multiplayer against players on a different console than yours was fantastical at best. I remember playing Portal 2’s co-op and thinking how amazing it was that I was on PlayStation 3 while my friend was on Steam, and that’s peanuts compared to where we are today. Depending on the game, players across console, PC, and even mobile platforms can occupy the same multiplayer lobbies which is pretty bananas. As studios and platform holders become more comfortable with the idea (and the money it can bring), the trend has grown from being requested to expected. It wouldn’t surprise me to one day see a generation of players who laugh at the idea that Xbox and Nintendo players couldn’t throw down together.

For many years, a remake of Final Fantasy VII occupied the short list of predictable gamer demands that you were sick of hearing about. Even I, a big fan of the game, grew tired because I accepted it was just never going to happen. Then E3 2015 rolled around and I, along with everyone else, collectively gasped when Square Enix announced it was actually happening. Not a port of the PC version of the original. Not another spin-off title. An actual remake of the 1997 classic, but Square would reinvent the experience instead of just polishing up the graphics. Based on the generally positive reception around Final Fantasy VII Remake, I don’t know what’s more shocking: that Square Enix actually made the game, or that it manages to live up to its impossible expectations 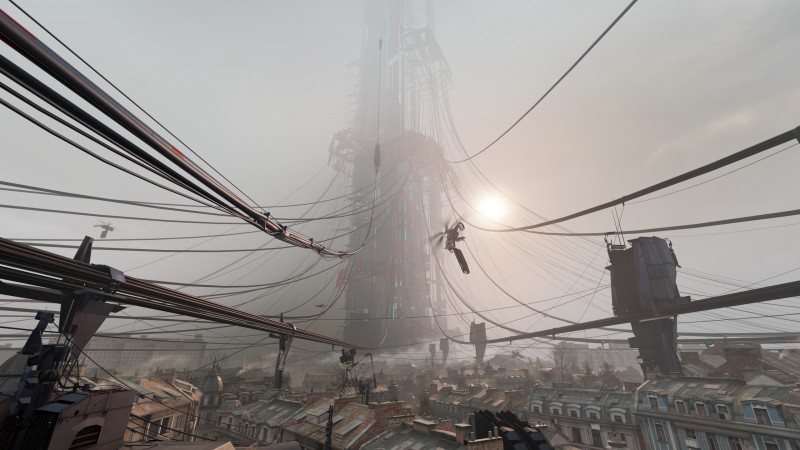 No, Half-Life: Alyx isn’t Half-Life 3, but the fact that Valve made another full-scale Half-Life title is, frankly, astounding. Remember that Half-Life 2: Episode Two launched in 2007. That’s long enough to accept that the series had gone the way of the dodo. Plus, I’m pretty confident Valve doesn’t need to make a game ever again thanks to Steam’s success. But it did anyway, and much like Final Fantasy VII Remake, took a chance. In this case, making its hotly anticipated prequel available only to a small audience of VR owners. Whether you played Alyx or not, the fact that it exists renews hope that Half-Life 3 could finally happen.

Nintendo has a rough track record when it comes to licensing its characters on other platforms. The Zelda and Mario Phillips CD-i games are legendarily terrible and served as a reminder to Nintendo to keep its IP safely tucked in the nest of its own hardware. But as the mobile gaming market exploded, even Nintendo couldn’t resist its siren call forever. So, the company announced Super Mario Run, an official Mario platformer developed in-house for a non-Nintendo platform. That feels weird to even type. Sure, Nintendo’s mobile initiative may not have set the world on fire long-term (Super Mario Run performed well though) but it’s amazing the company tried at all given its history. 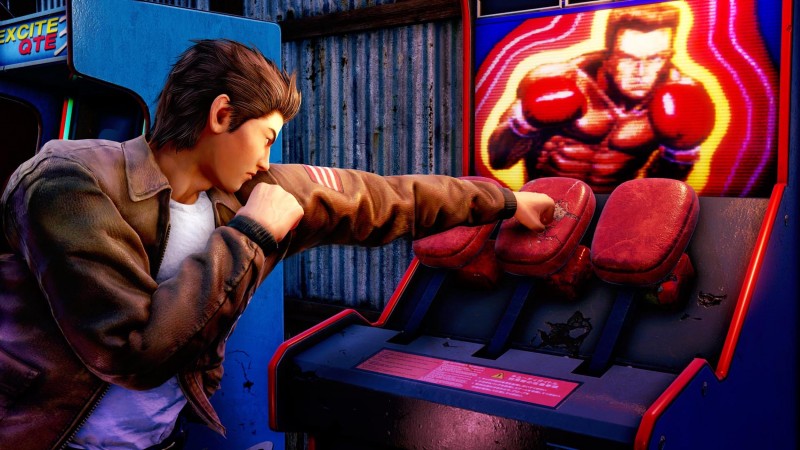 You could almost copy and paste everything I said about Final Fantasy VII Remake and Half-Life: Alyx here. Shenmue II’s cliffhanger ending left fans hanging for 18 YEARS, which is why they joyously wept when the third game’s Kickstarter campaign was announced at E3 2015. Yu Suzuki didn’t have to ask fans twice to throw tons of money at him to make it happen. The campaign raised $2 million in its first seven hours and was the highest funded Kickstarter game ever at the time. Even still, fans had to endure several more years of waiting through multiple delays before Shenmue III finally saw the light of day in November 2019 (to a mixed reception). Scratch another name off the gamer wishlist

G4, the all-gaming TV channel, occupies a warm, fuzzy space in the hearts of a generation of video game fans. G4’s programming, like X-Play and Attack of the Show, helped pave the way for dedicated shows about gaming and gaming culture before the internet and especially YouTube rendered the network’s concept obsolete. After enduring a painful decline as the unofficial home for Cops reruns, G4 was put out of its misery in 2013. With its hosts off to greener pastures and the rise of influencers, the idea of G4 coming back seemed dated and unnecessary. But if 2020 taught us one thing, it’s that anything can happen, which is when it was announced that G4 would be making a grand return. Right now, the brand is running experimental shows until the full relaunch later this year. 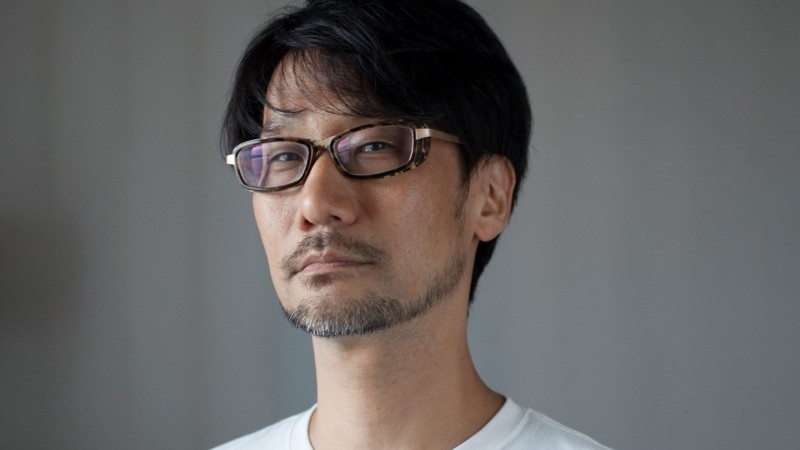 Hideo Kojima spent close to 30 years working at Konami and was the mastermind behind the Metal Gear series until a very public falling out between the two parties led to them parting ways in 2015. What made it mind-blowing is that for so long, Metal Gear was Konami’s shining star, especially as series like Castlevania and Contra fell to the wayside. By extension, that made Kojima “Mr. Konami” for a long time. It’d be like Shigeru Miyamoto splitting from Nintendo. The biggest casualty of the divorce was the cancellation of Silent Hills, which Kojima was developing in collaboration with film director Guillermo Del Toro. It’s still odd to not associate Kojima with Konami even today, and more so Metal Gear. After saying for years that the latest Metal Gear would be his last, it took a corporate implosion to finally make it happen.

Someone Made A Great Batman Game

We’ve become so spoiled on good Batman games that it’s easy to forget that, prior to 2009, the Dark Knight had a famously lousy track record in video games. A scant few titles got close (I have a soft spot for The Adventures of Batman & Robin), but for every step forward there were multiple steps backwards, whether they be Batman: Dark Tomorrow, Rise of Sin Tzu, or the myriad of terrible licensed movie games. For a character seemingly tailor-made for games, it was baffling to watch so many studios get it wrong. Then out of the shadows came an unknown studio named Rocksteady who finally cracked the code and created Batman: Arkham Asylum, the first truly excellent game worthy of the Caped Crusader. It felt like a curse had been lifted. Now if only Superman can get the same treatment. 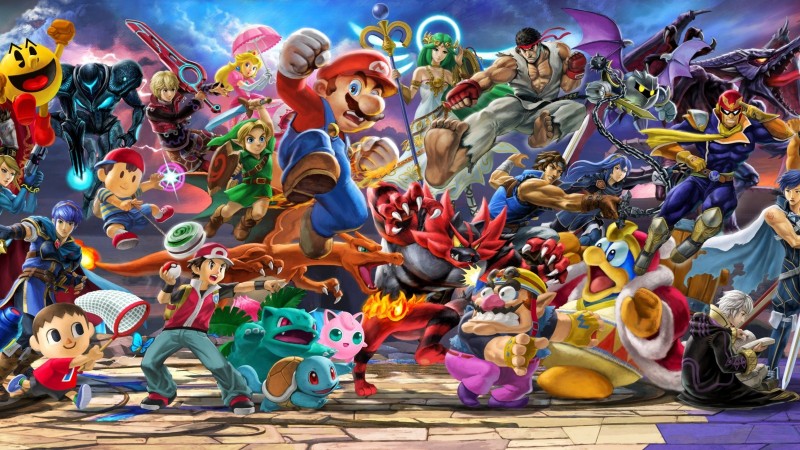 Super Smash Bros. As A Concept

Super Smash Bros. lobs Freezies at Hell on a regular basis because its entire existence is about defying the impossible. This series blew minds when it was just “All your Nintendo favorites in one place!” but it’s expanded into basically a Mugen fighter with a budget (not a bad thing), cramming so many disparate franchises that would normally never cross paths into one title. Fighter reveals like Sonic, Solid Snake, Cloud, and Banjo-Kazooie (owned by Microsoft) made jaws drop, and it’s gotten to the point where it seems like anyone or anything could step foot in Nintendo’s squared circle.

What's happened in games that you never believed would? Let us know in the comments!