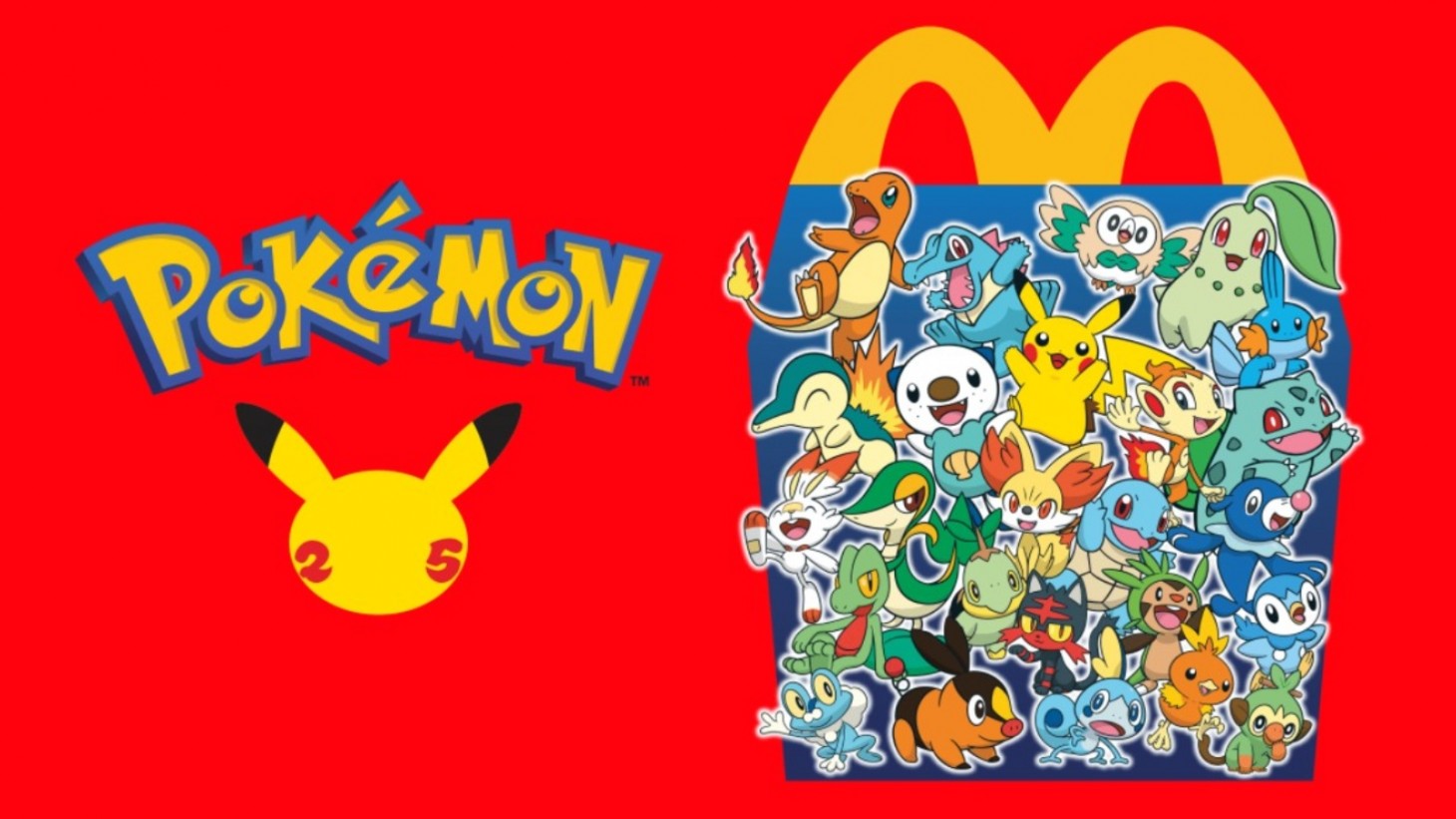 Pokémon’s 25th anniversary is in full swing and The Pokémon Company has celebrations galore, whether they be Katy Perry musical tributes or New Pokémon Snap. One of those ideas is partnering with McDonald’s to release Pokémon card packs for Happy Meals in what's actually a pretty cool promotion. It might be even better for kids, though, if adult collectors and scalpers weren't trying to hoard them all.

So each “toy” comes in a cute Pikachu-themed Happy Meal box, contains a "surprise gift" (like some neat stickers), and a fancy sealed envelope containing four random cards. There are 25 different cards but each has a shiny variant, bringing the total set to 50 cards. The cards are based on the series’ starter Pokémon and feature the following: Bulbasaur, Charmander, Squirtle, Pikachu, Chikorita, Cyndaquil, Totodile, Mudkip, Torchic, Treecko, Chimchar, Piplup, Turtwig, Oshawott, Snivy, Tepig, Chespin, Fennekin, Froakie, Litten, Popplio, Rowlet, Grookey, Scorbunny, and Sobble.

That all sounds great, but the problem for kids that might want these is that adult collectors, influencers, and, of course, scalpers are causing a frenzy by purchasing the packs in bulk to get the rarest cards. While some just want them as collectibles, others are buying them to flip on eBay and other auction sites for absurd prices. For example, I’ve seen eBay listings for the shiny Pikachu card on sale for between $75 and $200 and different bundle packs with multiple shiny cards go well over $100. That means some McDonald’s are selling out of the cards, leaving the average young Pokémon fan out in the cold.

As Kotaku points out, the reason this is happening is because McDonald’s doesn’t have a unified rule for how to get a Happy Meal toy. Some locations require buying the meal but others will sell the toys separately. While some have limited stock on the toys, other restaurants have allowed customers to purchase dozens of card packs. For those forced to buy the meal, this has resulted in a lot of food being wasted in some cases, though some YouTubers have donated their unwanted meals to people in need. Regardless, I'm curious if McDonald's will address this in any way. They get the money regardless so unless The Pokémon Company expresses concern, any sort or regulation would be an act of goodwill more than anything.

If you’re a Pokémon fan just looking to bolster your card collection, may the odds be ever in your favor. You’re free to do with your money as you wish, but maybe at least try to be a little considerate of the younger fanbase this promotion is actually aimed at.