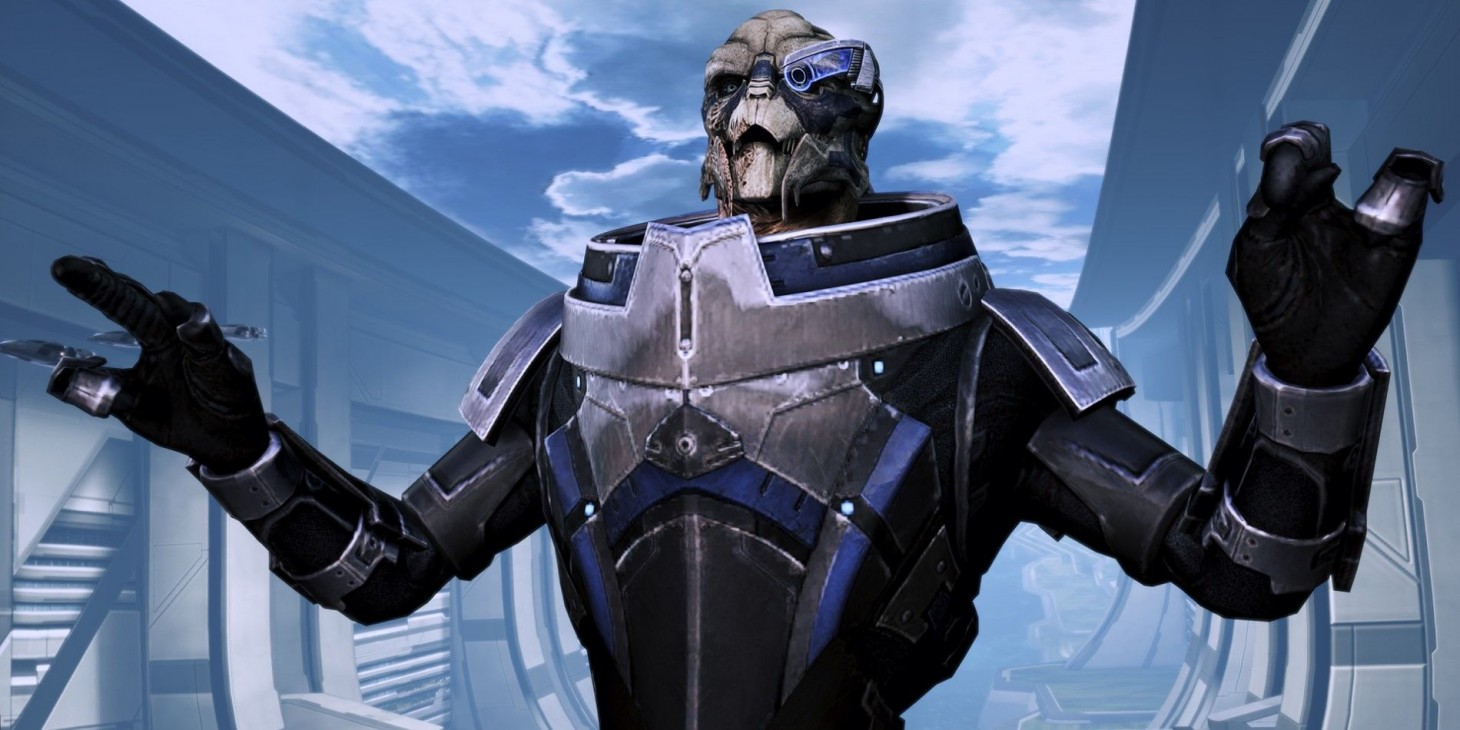 Many Mass Effect fans have been clamoring for a remaster for years now, including our own Joe Juba! While not everyone felt the need to revisit the Normandy once more, the aging of the first game and the desire to play the full trilogy on current generations have given passionate players a reason to cling to hope every N7 day. Now that we've got a release date for the upcoming remaster with the Mass Effect Legendary Edition, we spoke with BioWare to learn the history of the decision behind the nostalgic throwback.

As part of our month-long celebration of Mass Effect as a part of our cover story this month, we sat down with project director Mac Walters and character/environment director Kevin Meek to learn more about our journey back into space as Commander Shepard.

"We're just really excited to finally start talking about this," Walters tells us. Talk of the remaster started to ramp up not long after Mass Effect Andromeda, but the conversation itself has been ongoing for years, especially with each passing N7 Day: A fan-driven holiday celebrating the series on November 7 and modeled after the N7 military designation in-game.

"We've always been keen to do it. I think, you know, when we finished the trilogy, we started to think about what's next, but it was by all accounts just a passion project." The team that worked on the original trilogy was a tight-knit group, according to Walters. While some developers have since left the company, a few more have returned for the future of the franchise that this remaster will help set up.

With the conversation perculating for several years, why was now the time pursue this venture wholly? "When we started talking about the remaster again, it was almost two years ago when Casey [Hudson] returned and we were talking about what Mass Effect had been and if now was the time. The stars really just aligned around so many different things, and we finally got the momentum that we had been trying to build up and put forward a plant to create what is now called the Legendary Edition."

Once the project became a reality, the work was immediate. Under the code name DeLoreon after Back to the Future, the remaster began to take on a life of its own. "It's one of the few projects I've been on that leapt almost straight into production phase," Walters adds.

Before production began and when the team had the much-desired greenlight, the questions about the next step began in earnest. Questions like "how do we do this," "how deep do we want to go," "do we do a remaster or go all-out for a remake?" While a remake was talked about, BioWare ultimately decided that to do so risks losing what enthralled so many players with the original trilogy. They didn't want to change the trilogy, they wanted to bring it into a new generation for veterans and newcomers alike.

Meek adds, "One thing that really helped focus us was looking at the way fans talked about Shepard, they call it 'my Shepard' and they're very possessive about their Shepard in a really good, strong way. That doesn't just mean the character, that means every Shepard story, their Shepard's narrative, it's all the choices they made along the way. So very early on, we realized that if the choices, the narrative, the plot points are what everyone loves and holds on to, then changing that is off the table. We're not going to change any of those things, we're not going to change the story, we're not going to change the characters, and that's what really sort of pushed us more in terms of a proper remaster." You can learn more about the decision to do a remaster instead of a remake with our full interview right here.

While at first glance, some of the nuance of the remaster can be lost, we did do a deeper dive into what changes players can expect with our earlier breakdown here. It's more than just lens flare effects and higher contrast. The remaster will have more character customization options so that players can create a Shepard that they feel comfortable with, the iconic Mass Effect 3 FemShep model is finally available across all three games, over 40 DLC have been included so that no one has to miss out on vital story additions like the creators of the Reapers and Liara's aggressive pull to become the next Shadowbroker. There are so many instances where fresh life is breathed into this remaster without changing what it feels like. Yes, we even addressed the misconception revolving around a small scene where Miranda's derier took center stage when fighting for her sister's life.

From timing to resources, there were a lot of factors that kept the Legendary Edition as just a passion project idea, but now that it is officially on the way longtime fans can excitedly await seeing their friends again like Garrus, Joker, Tali, and more while also sharing the magic of this trilogy with newcomers jumping in for the first time.

Want even more Mass Effect remaster goodness with the Legendary Edition? It's our cover story this month with loads of exclusive content! You can also check out our exclusives hub here for things like why the remaster won't include multiplayer or Pinnacle Station and so much more.