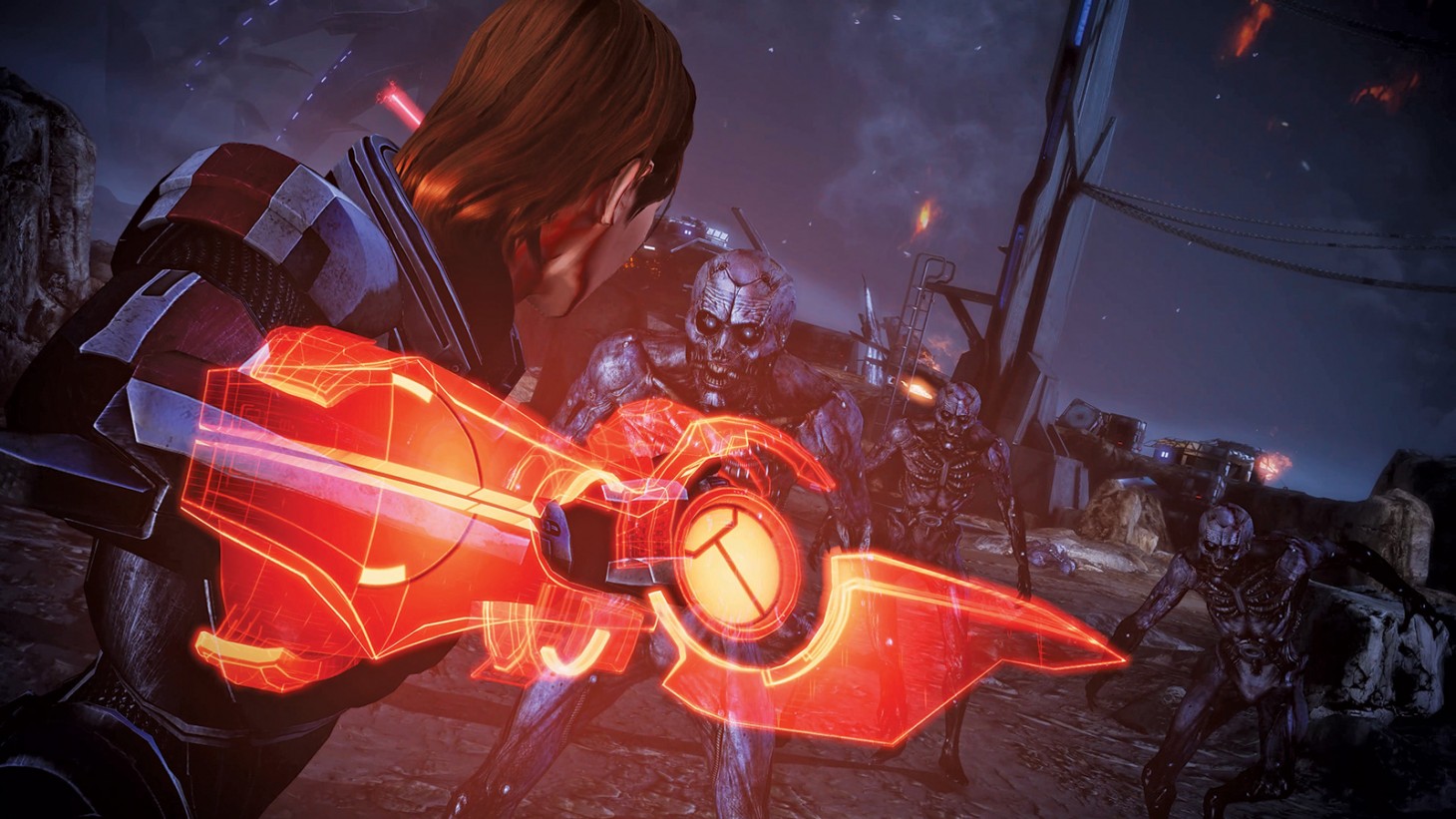 The Mass Effect trilogy is an iconic action/RPG franchise that still has fans in love even years after release. Now the already-impressive community is about to get a lot bigger because the remaster is opening up Commander's Shepard story to gamers of this generation. To celebrate, we've got our first look at the Mass Effect Legendary Edition gameplay in a new trailer alongside a Game Informer-exclusive release date reveal.

The beauty of the Legendary Edition is it's got something to offer for newcomers and longtime fans alike, especially those N7 fans that may have missed out on the DLC. With updated graphics, smoother UI for the first game, and over 40 included DLC to enjoy, the Mass Effect Legendary Edition is a space experience that shouldn't be slept on.

"As Commander Shepard, rise to become the galaxy’s most elite soldier and lead an epic war to stop an ancient and ruthless enemy: the Reapers," reads the official description of the upcoming remaster. "Heart-pounding cinematic action intersects with gripping interactive storytelling in a heroic battle against the unknown where you will decide how the story unfolds. You will assemble a crew of intriguing characters, learning their own unique stories as they traverse the galaxy in the state-of-the-art ship, SSV Normandy. The fate of the galaxy lies in your hands."

The above trailer is exciting, but what all does the Legendary Edition come with? Glad you asked:

Seeing the side-by-side comparisons of quests in the first game especially shows how much modernization went into this remaster. On Ios, seeing dimension in this lost area that Shepard must explore when learning Saren's true motives. On Noveria, seeing the backdrop added on the walkway when nothing but destruction can be seen. On Horizon, seeing the cohesive details added to connect this location to the same location seen in Mass Effect 3 alongside similar tweaks to Eden Prime; the area that started it all.

The Legendary Edition doesn't, however, come with the Mass Effect 3 multiplayer, which is still active to date, but it does offer hours upon hours of additional content from the vanilla trilogy experience.

BioWare shared with Game Informer an exclusive reveal of the release date, with the remaster arriving on May 14, 2021.

Are you excited to dive back into the combat boots of Commander Shepard once more? Sound off with your thoughts in the comment section below!