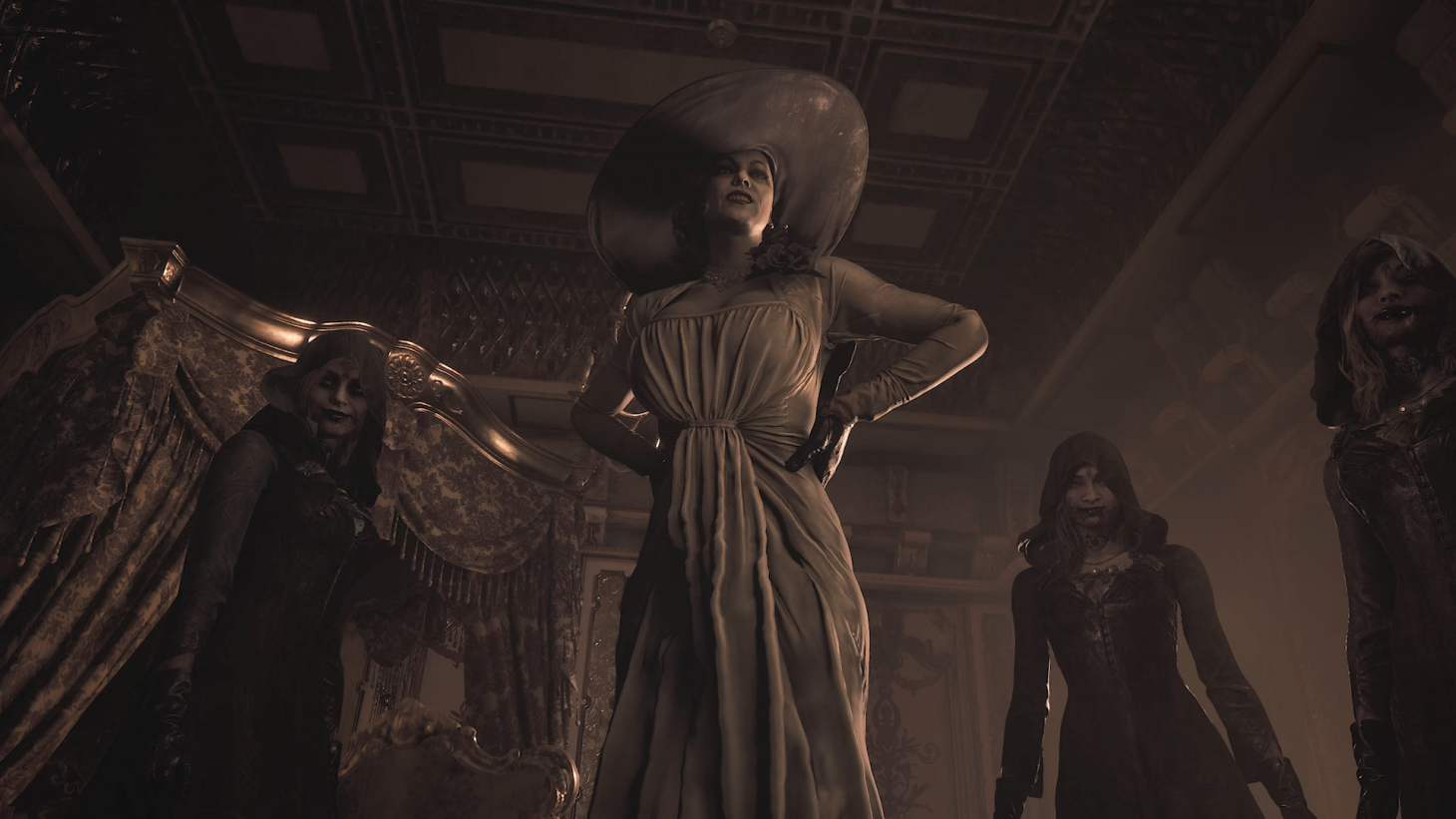 People are excited for Resident Evil Village. Part of that enthusiasm comes from the recent gameplay demo, along with additional details revealed as part of the latest trailer. However, another part of the excitement comes specifically from Lady Dimitrescu, the ghastly, yet compelling woman who has captured fans' attention with her disturbing mystique and towering height.

Capcom is clearly not blind to the role Lady Dimitrescu has played in driving interest in the game so far, because Resident Evil's official Twitter account just released a brief statement from Resident Evil Village art director Tomonori Takano.

First, Takano says the team is very happy about the response the game has received. But most importantly, the message then goes on to clarify the height of everyone's favorite vampiric lass from the upcoming game: Lady Dimitrescu is 2.9 meters tall – or approximately nine feet and six inches.

Up until now, fans have been left to guess about how tall she is, but this more specific measurement is a cool new detail. On the one hand, Capcom is definitely playing into the online fervor surrounding the character. On the other hand, it is actually a useful tidbit that will help people know exactly how big to make their stilts when making their own Lady Dimitrescu costumes.

The Resident Evil Village info doesn’t need to stop there. For example, you can see some of the actual game in action with this gameplay walkthrough. If you just can’t wait to get your hands on this new installment, you might want to check out the Deluxe Collector’s Edition to get a load of additional goodies beyond the core game.

And if knowing how tall Lady Dimitrescu is just isn’t enough, all you need is a little patience. Players will learn even more about her when Resident Evil Village releases on May 7. The game is coming to PlayStation 5, Xbox Series X/S, PlayStation 4, Xbox One, and PC.