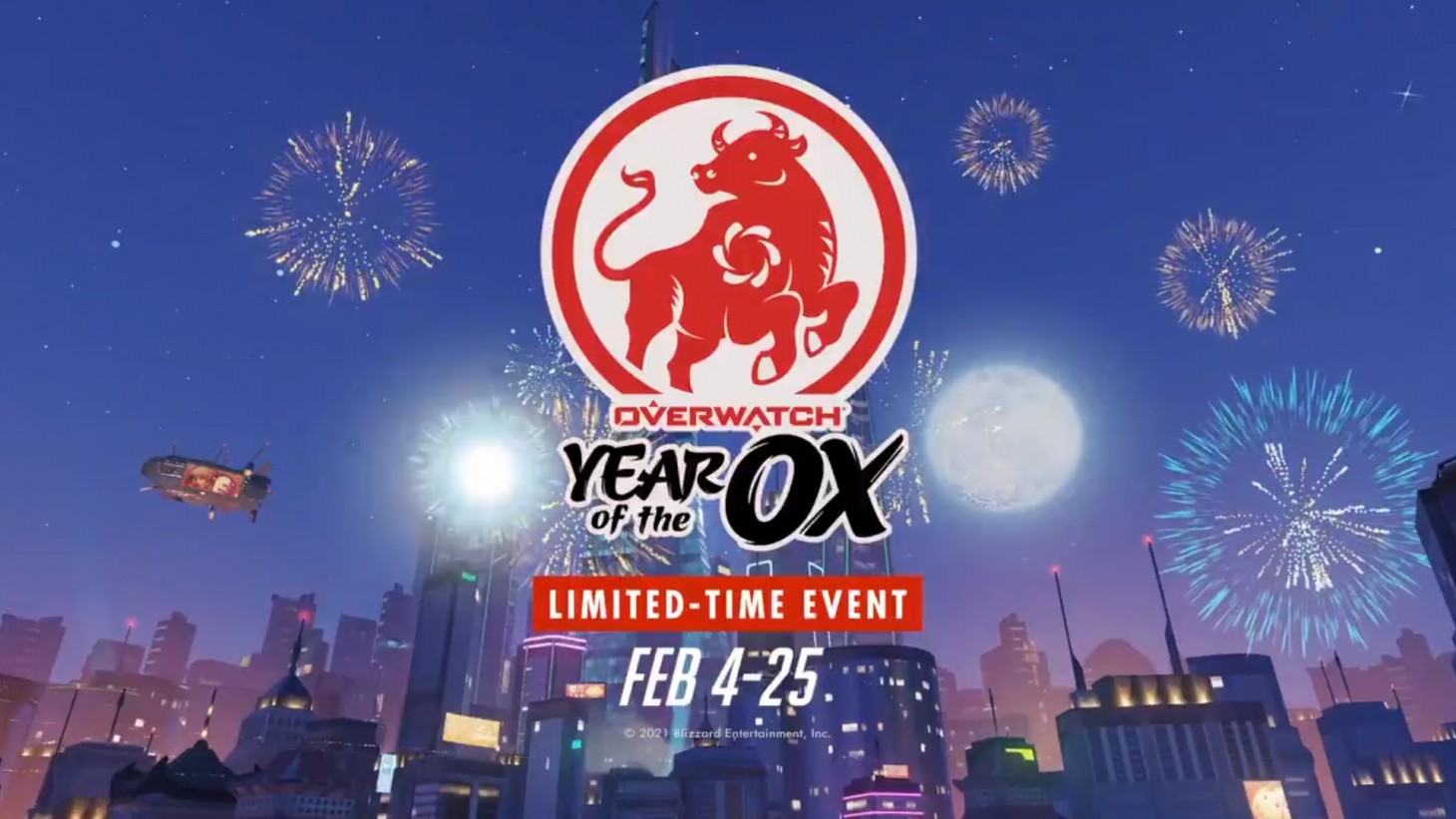 Fans are waiting with bated breath for any inkling of Overwatch 2 news (and they might not have to wait much longer with BlizzCon Online happening this month), but in the meantime, the Overwatch in-game event calendar presses on. Just a week removed from the Kanezaka challenge centered on Hanzo, and less than a month after the conclusion of its latest event, Winter Wonderland 2020, Overwatch players can begin getting excited for the Lunar New Year 2021 event: Year of the Ox.

As usual, fans can expect new and returning skins, emotes, voice lines, highlight intros, and sprays. Those who jump into the mix can also likely look forward to weekly challenges to unlock exclusive skins, player icons, and sprays, plus special limited-time event-specific modes; the Lunar New Year event typically revives the Capture the Flag mode in the Arcade section of the menu.

Ready for the fireworks? 🎆

Last year's Year of the Rat event brought new celebratory skins for Sombra (complete with a changing mask), Moira, Brigitte, Lucio, Winston, Doomfist, and Wrecking Ball, while Bastion and Soldier: 76 were the recipients of new emotes. As usual, the event also brought back all the limited-time items players may have missed out on with past Lunar New Year events at reduced gold cost. There hasn't been any word on what characters will receive new skins this time around, but Blizzard has typically begun rolling out teases every day once a new event is announced, so keep your eyes on the Overwatch social media channels in the lead up to the Year of the Ox event.

The Overwatch event celebrating the Year of the Ox runs from February 4 to February 25.