Dragon Age is a phenomenal RPG experience from BioWare that goes well beyond just the games. From an animated movie starring a younger Cassandra Pentaghast to comics and movies that stunningly bridge the gaps between our times in Thedas, the lore of Dragon Age is extensive indeed. If you haven't checked out the comics, I highly recommend you change that and now BioWare is offering an easy way to do just that by offering a bundle deal with the first five comic series from the franchise.

The bundle includes 22 issues in total, including Dragon Age: The Silent Grove, Those Who Speak, Until We Sleep, Magekiller, and Knight Errant. It doesn't include the most recent series starring Fenris with Blue Wraith, but this bundle does offer an awesome way for fans to dive into a much deeper narrative beyond becoming the Warden, the Champion, and the Inquisitor. 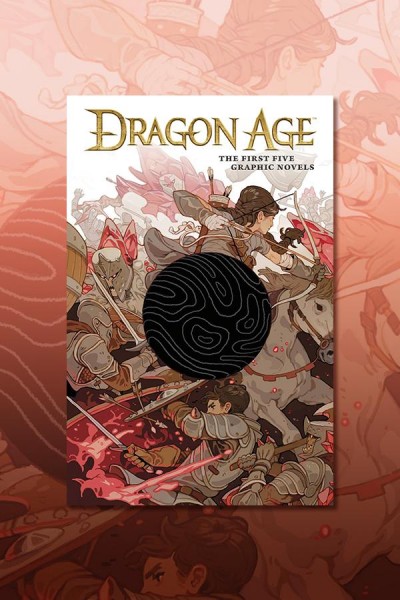 Personally, I can't recommend the comics and books enough. The novels especially add an additional layer of nuance to the games themselves, especially concerning Inquisition with characters like Cole, Rhys, Fiona, and Empress Celene. That being said, the comics also offer a similar extensive experience, with The Silent Grove, Those Who Speak, and Until We Sleep especially bringing a new tale of a crowned Alistair, Varric, and Isabelle as they go on an adventure of a lifetime to uncover a dark secret about his father, Morrigan's siblings, and seeing Tevinter in an all-new way. These comics also introduced one of my favorite characters of the franchise: Maeveris Tilani, cousin to Varric (II and Inquisition) and close friend to Dorian (Inquisition).

Mage Killer and Knight Errant offer a different experience even more centered on Tevinter while also featuring cameos of the Chargers and Dorian himself, as well as new protagonists to fall in love with that continue on in Knight Errant and Blue Wraith.

With the recently confirmed new series bringing Fenris back once more into the spotlight, this is honestly a great deal to take advantage of for those that want to read the Dragon Age comics but didn't know where to start.

While the BioWare Store listing is sold out currently for $30, other retailers like Target and Amazon still have pre-orders available. You can also do what I did and call your local comic shop and ask if they have any pre-ordered or to put in a special request.