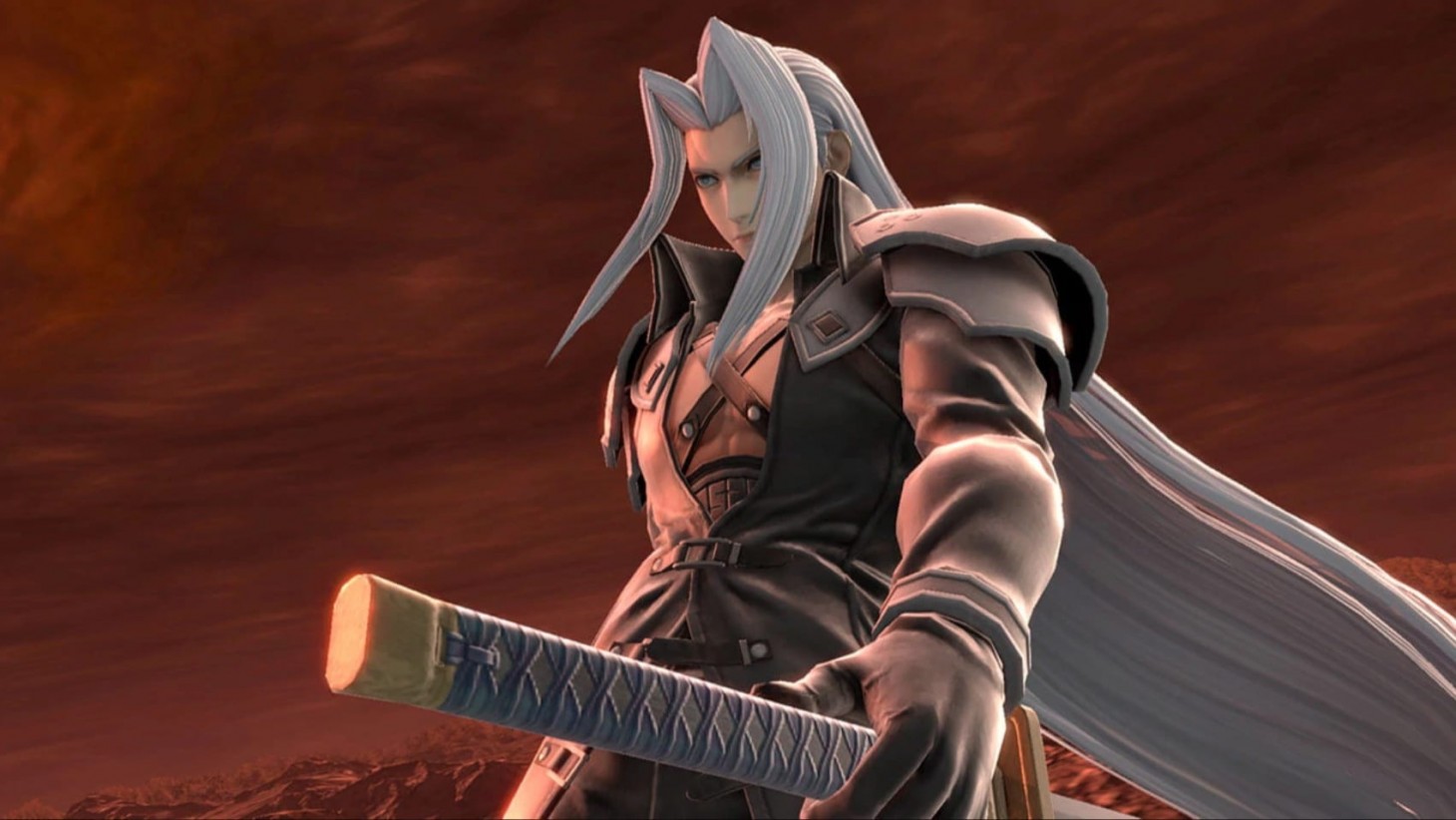 Sephiroth isn't the only Final Fantasy element dropping into the game, quite a few inspired outfits are also available including Tifa and Aerith. Geno from Super Mario RPG is also available (as an outfit) thanks to the latest patch.

New spirits, summons, and more are now available; check out the full patch notes below:

The latest software version is needed to enjoy the following features:

The following spirits will appear in the Shop on the Vault menu:

You can now switch between different artwork for Cloud’s spirit.

The following downloadable content will be usable after purchase:

You cannot make videos of replays that contain DLC you have not purchased (fighters, stages, music, Mii Fighter costumes, etc.).
You can now switch between “Random from all songs” and “Random from My Music” for the Battlefield, Small Battlefield, Big Battlefield and Final Destination stages.
Note: To switch between options, access My Music via the Options or the Vault and then press the X Button.
The Final Smash for Cloud’s 2P, 4P, 6P and 8P color variations has been changed to Omnislash Ver. 5. (This essentially functions the same as a regular Omnislash.)

Thoughts on the latest Super Smash Bros. Ultimate update and Sephiroth's arrival? Now that the big baddie himself is in the game, the sky is the limit for who is next: sound off with your dream new fighter pick in the comment section below and tell us who you would like to see get added next!