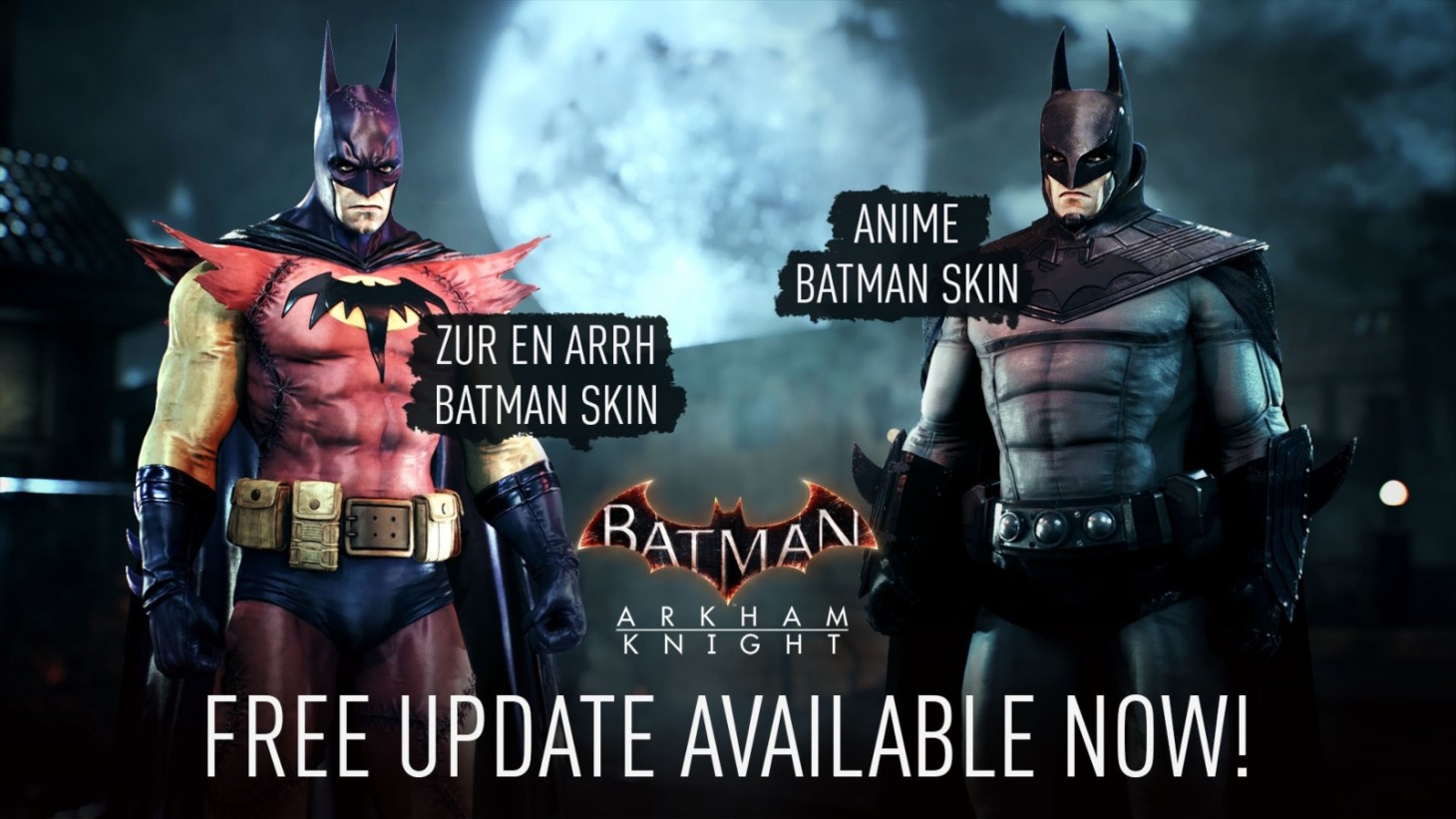 Two Batman: Arkham Knight Skins Are Available To Everyone Via A New Update

The holidays have put Rocksteady Studios in a festive mood, so much so that it released a surprise update to 2015’s Batman: Arkham Knight. As of today, players can snag two of the game's skins, Batman of Zur-En-Arrh and Anime Batman, hassle free.

The only way to obtain both skins back in the day was to set up an account with WBPlay, Warner Bros.’ publishing/social platform you probably forgot existed until now. Now all you have to do is reinstall/relocate your copy of Arkham Knight, fire it up, and bam, new Bat skins.

The brightly colored Zur-En-Arrh costume is originally based on a goofy alien version of Batman from the planet of the same name. In the 2000’s, the concept shifted to something more serious; an alternate personality for Bruce Wayne who behaved far more ruthlessly and was a tad unhinged. Frankly, Zur-En-Arrh is a weird idea regardless of the context.

Anime Batman hails from 2008’s Batman: Gotham Knight, a series of Japanese animated films loosely based in Christopher Nolan’s Dark Knight continuity. He rocks a cool collar not unlike Robert Pattinson’s Batman. Actually, can we get a skin for that movie too, Rocksteady? No? Okay then.

When it’s not giving away free Batman goodies, Rocksteady is cranking away on Suicide Squad: Kill the Justice League, its next game that debuted during DC’s FanDome event back in August. In terms of new Batman-specific media, Warner Bros. Montreal has its four-player Gotham Knights game, which stars the Bat family sans Bruce, in the works as well.

You can check out our review of Batman: Arkham Knight here.