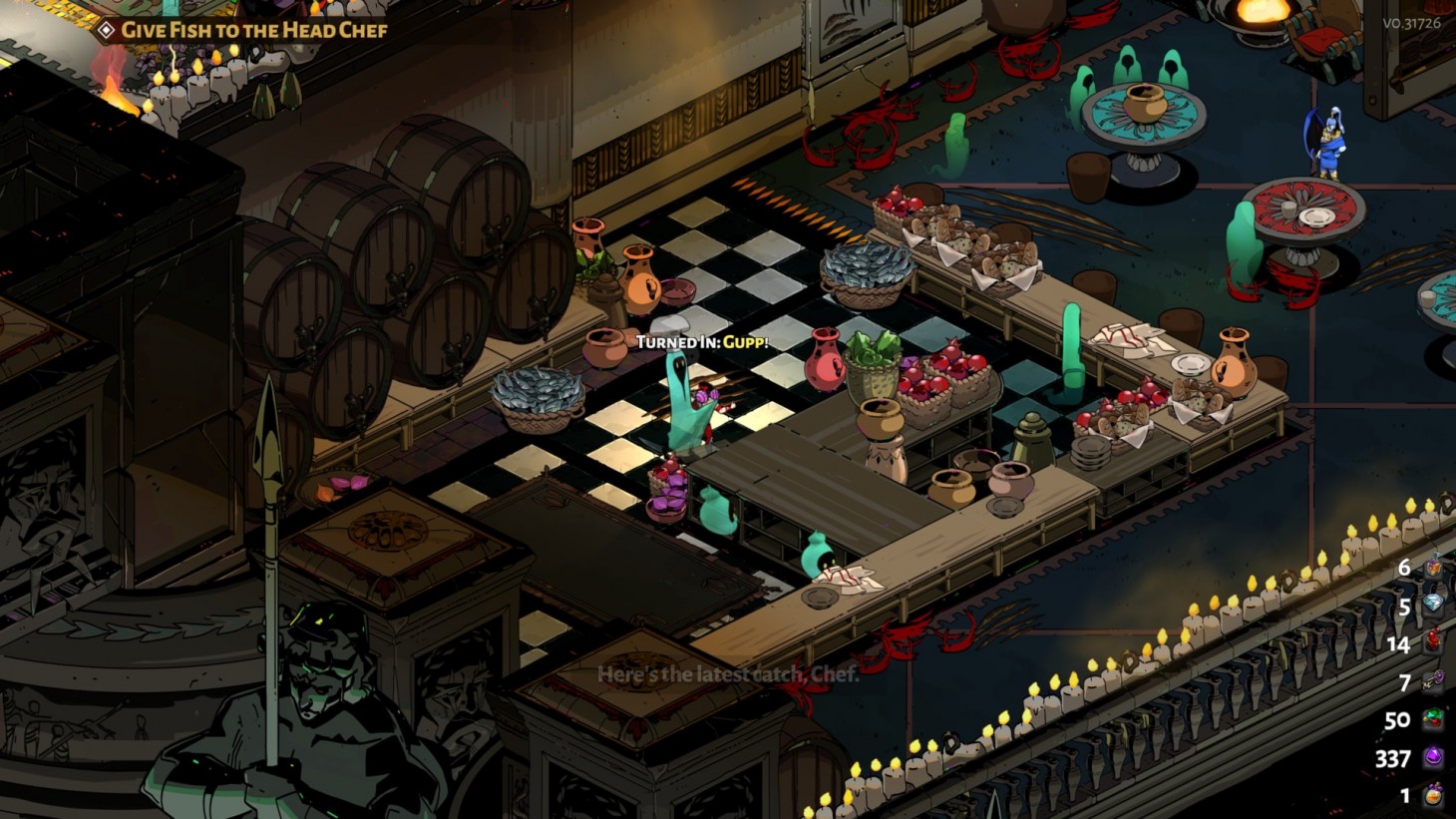 It's Thanksgiving in the US and Supergiant Games is wishing fans a happy holiday with the head chef from Hades himself. Is this news? No, but it's pretty obvious that we here at Game Informer have been mildly obsessed with game, and this was too cute not to share.

The studio took to Twitter to wish a happy holiday to fans by saying, "The Head Chef of the House of Hades got wind of something called a 'Thanksgiving' today, time to break out the fancy cutlery."

The Head Chef of the House of Hades got wind of something called a 'Thanksgiving' today? 🧐🧅🦃Time to break out the fancy cutlery.

For those that haven't played Hades, it's a charming roguelite that took the gaming world by store. It's even up for Game of the Year for 2020's Game Awards show dropping next month.

Filled with Greek mythology legends in a stunning art style, this adventure has  captured the hearts of so many; even those that don't usually like this kind of game.

We couldn't get enought of Supergiant's new game. Our own Matt Miller gave the experience an 8.5, saying "The story is stretched across too many hours of play to maintain excitement throughout, but there’s absolutely a rich bounty of content to uncover along the way. Hades is a massive game, with a wealth of additional content to appease even the most hardcore of engagement. A “god mode” offers a gradual increase in damage resistance after each death, putting victory in reach for even those with a cap on their skills. On the other hand, risk-takers looking for more rewards can eventually access a way to increase the difficulty. Alternate boss fights, new weapon aspects, hidden storylines, and plenty more invite the player to get lost in Hades’ potential. These variants and additional options provide life to the game, long after the charm of standard completion attempts begins to wear out."

For those celebrating today, we hope you have a wonderful and safe holiday.