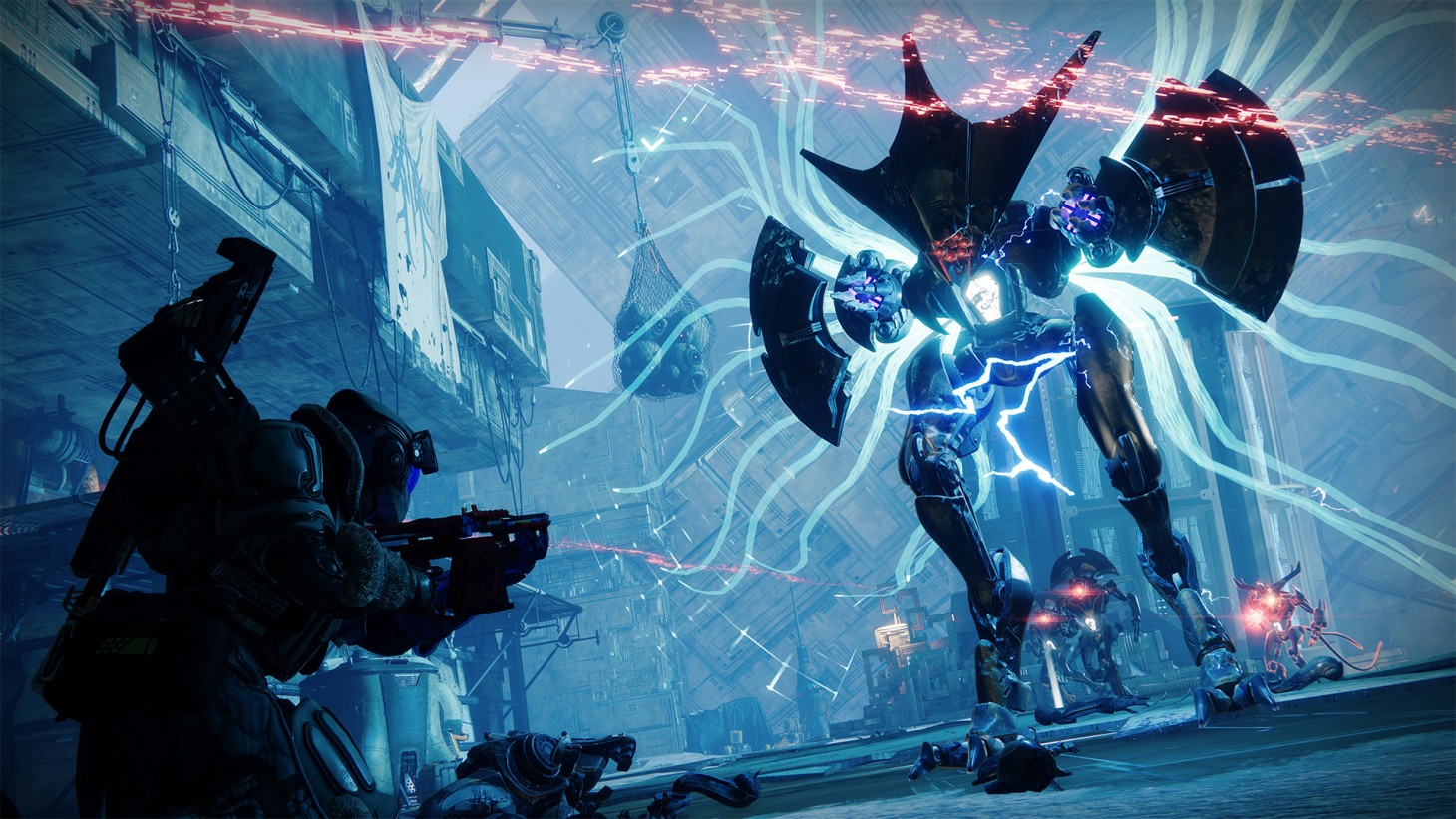 Review In Progress – Destiny 2: Beyond Light

Beyond Light has been available for just under a week as of this writing, and we’re on the eve of some important content drops. With so many changes having arrived in the game, Bungie chose to give the launch content of the expansion several days to breathe before dropping the main loop of seasonal engagement for the Season of the Hunt, scheduled to arrive tomorrow, which includes a new hunt for Hive shrines, an exotic quest for the returning Hawkmoon hand cannon, and more. Plus, only a few days after that will see the launch of Deep Stone Crypt, the new six-person raid activity. While Destiny 2: Beyond Light will undoubtedly continue to grow and include other new surprises in the subsequent weeks, we’re holding our scored review until we’ve experienced as much as we can of this early content.

Even so, after many hours exploring Beyond Light in this first week, there’s a lot that can be said about the expansion, the overall state of Destiny 2, and how the player experience has changed.

Beyond Light represents something of a fresh starting point for Destiny 2, and it seems clear that for both story and gameplay, it will eventually be seen as the fulcrum point around which the next few years of content are built. By “vaulting” a significant percentage of previous destinations and activities, the size and scope of the available game content has been significantly reduced, even when accounting for the one big new area we get to explore. Likewise, the sunsetting of much of the existing weapons and armor by capping their power levels means that a lot of the equipment collected in previous years is now nearly obsolete. Alongside some dramatic turns in storytelling, and new subclasses that change up the flow of play, Beyond Light acts as a harbinger of a new era for the game. 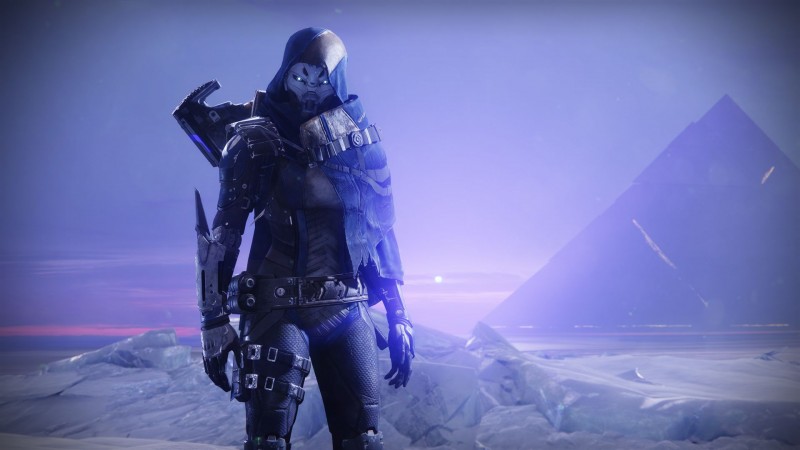 I enjoy the sense of newness and discovery that accompanies Beyond Light, but the dramatic contraction of available content and devaluation of my arsenal goes counter to much of what I love in the game, and has left me ambivalent about the current state of Destiny 2 as a whole.

After years of teasing, Beyond Light finally finds our Guardians facing off (and wielding) the powers of Darkness, fending off a Fallen army on the frozen Jovian moon of Europa. Bungie has crafted Europa as a gorgeous new locale of ice, snow, and lost Golden Age technology. Rambling open-air expanses are blasted with vision-obscuring snowstorms, and many of the frigid underground caverns and cities communicate a sense of vastness and lonely splendor. The secrets and blocked paths on Europa open up gradually, leading to a sense of an unfolding flower of a destination that becomes more interesting the longer you examine it. The new lost sectors are also more story-layered, which I find myself really enjoying.

The campaign unfolds primarily on Europa (alongside a brief trip to the nearly unchanged Cosmodrome on Earth), aided by the return of two of Destiny’s more intriguing personalities – the Stranger, who we last saw in the very first campaign of the original Destiny, and Variks, the once-warden of the Prison of Elders. Between the two, the narrative takes its most extensive steps yet into shades of gray morality, as our playable hero has no choice but to begin wielding the power they have been fighting against for all these years. I’m not sure the game adequately justifies your character making this paradigmatic move (which isn’t optional for progression), but it certainly steers the future storytelling in a new and undefined direction. Thematically, Destiny 2 is now toying with ideas around the nature of good and evil, and whether it’s the acts we commit that define us along that spectrum, or the tools we use to reach our ends that ultimately shape our place. 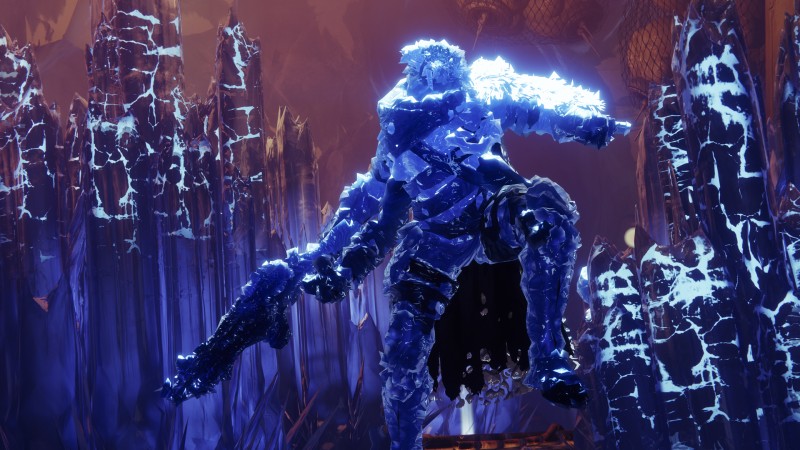 All that angst comes from the presence of Stasis, a manifestation of Darkness that allows for freezing individuals in place. Early in the expansion, Stasis is a power used primarily against the hero, with only brief teasing moments in which we get to try it for ourselves. Ultimately, the full arc of the campaign is mostly about harnessing that power to use ourselves, finally opening it up as dedicated new subclasses for each of the game’s three classes. Stasis makes for some beautiful new displays of power, as sharp, ice-like crystals blossom into being all over the screen.

However, in my early days of play, I’m less a fan of what this new power source does to the game. In several boss fights over the course of the campaign, the main challenge arises from sudden moments in which you’re frozen in place and unable to react or move – a condition that, to my knowledge, has never been fun in any video game ever. Likewise, once other Guardians have that new subclass, you’re facing the same dilemma in the Crucible – constant freezes and blocking walls that in aggregate seem to slow the game down, to the overall detriment of competitive pacing.

The subclasses themselves are visually striking and themed in entertaining ways. The Warlock Shadebinder may as well be called a frostmage, wielding a wizard’s staff to freeze enemies. The Hunter Revenant is more ninja-like than ever, and I love that their super deploys a massive ice storm in a broad area. Of the three, I’ve only had trouble warming to the Titan Behemoth, whose super feels too similar to the existing arc Fists of Havoc, but somehow feels more challenging to use successfully. 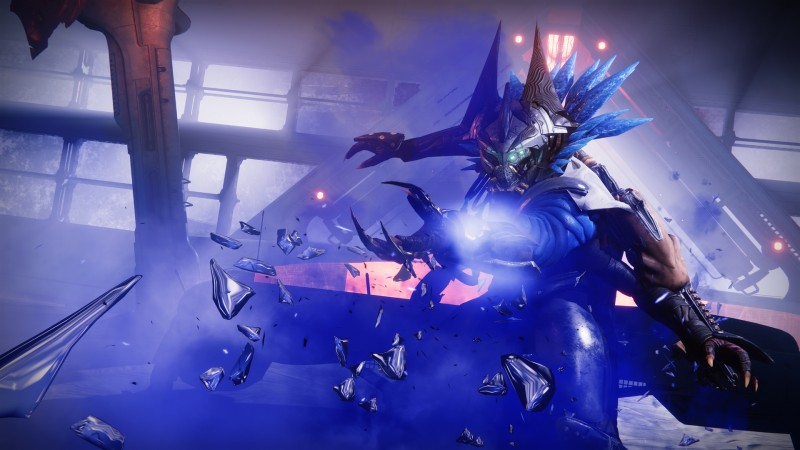 Both before and after the campaign, and before and after the acquisition of the new Stasis subclasses, the quest design is a mixed bag. Most of the story missions are smartly paced, and feature Bungie’s keen eye for tense and fast-moving encounters. A few new powerful enemy types fall short of offering up a new full faction, but inject some much-needed variety into battles. Unfortunately, several of the surrounding objectives in between major missions feel padded with time-wasting projects like gathering materials or completing patrols, breaking up any sense of momentum that might otherwise build.

But if there’s one overriding sensation that pervades my time with Beyond Light, it’s the feeling that everything is reduced. I have always loved the sensation in the Destiny universe of gradually uncovering ever new horizons across outer space, and having a collection of weapons and armor that are both trophies and tools to continue my efforts at discovery. Valid design reasons undoubtedly exist to sunset my old weapons into obsolescence, and to limit the destinations, raids, strikes, and other game modes that I can explore. But I’ve got to say – as a long-time player, none of it feels good. The game as a whole is greatly diminished after losing so much content, even if the justification is: this needed to happen so we could move in new directions.

In the immediate term, with the launch of Beyond Light, Destiny 2 feels like a much smaller universe, with less to do outside the initial blast of content that always arrives with a new expansion. I miss using my favorite guns and bows, as they are mostly all underpowered for the new content. I’m sad that I can’t do another Menagerie run, or take another run at now-vanished raids like Scourge of the Past. Entire old campaigns are gone. Excellent strikes like Savathun’s Song have disappeared, leaving a greatly diminished pool of available strikes to tackle in the playlist. Crucible maps and modes are greatly reduced. The Black Armory Forges, and their vendor, are gone. The list goes on. 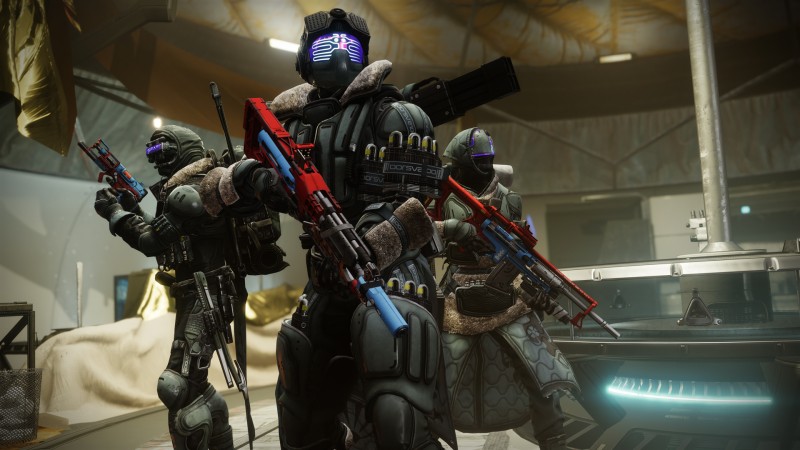 To put it another way – I have friends who used to be huge Destiny players, joining me nightly, but recent years have demanded their time elsewhere for family and work obligations. For some of them who would now like to return, it feels like a significant bulk of the Destiny experience has been taken away, without the opportunity for them to ever experience it. And that’s a real bummer. And for someone like me, who has continued to play regularly, I feel like large swaths of that comfortable nightly ritual of play have been stolen away. To extend the golfing metaphor that so often arises around playing a hobby game like Destiny, I feel like I still enjoy heading out to shoot 18 holes, but several of my favorite golf courses have been demolished.

Alongside that sense of absence, I don’t feel like the full scope of the game has expanded enough to feel like a commensurate replacement. With the exception of suddenly absent maps and modes, the Crucible feels largely the same, as does Gambit. Amid hundreds of weapons in my collection that are no longer useful, there appear to be only a few dozen new weapons currently available to take their place and strive after. Europa is beautiful, and it’s pleasant to once again jet around the Cosmodrome, but the vistas on huge and beautiful destinations like Io and Mars can no longer be enjoyed. Bungie did a stellar job of ensuring those absences in the world are explained away by a compelling story reason, with the encroaching Darkness swallowing them up. But it doesn’t change the fact that they’re missing, and missed.

Beyond Light is clearly meant to lay the groundwork for the next stage of Destiny’s development and player experience, and the appeal of new frontiers is certainly exciting to contemplate. However, between the loss of so many aspects that made the game special, and some story and gameplay decisions for the new content that don’t completely hit the mark, I’m left with a mixed opinion on the current state of the game – which isn’t a great way to feel this early in the yearly cycle. With that said, I’m thrilled to see what the new seasonal content brings when it launches on November 17 (tomorrow), the secrets of the new raid, not to mention the return of my favorite D1 exotic – Hawkmoon. Time will tell if the huge sacrifices that Bungie have made in culling back the game will ultimately bear fruit. As it is right now, it’s a cut-back tree that looks far more barren than I’d like.