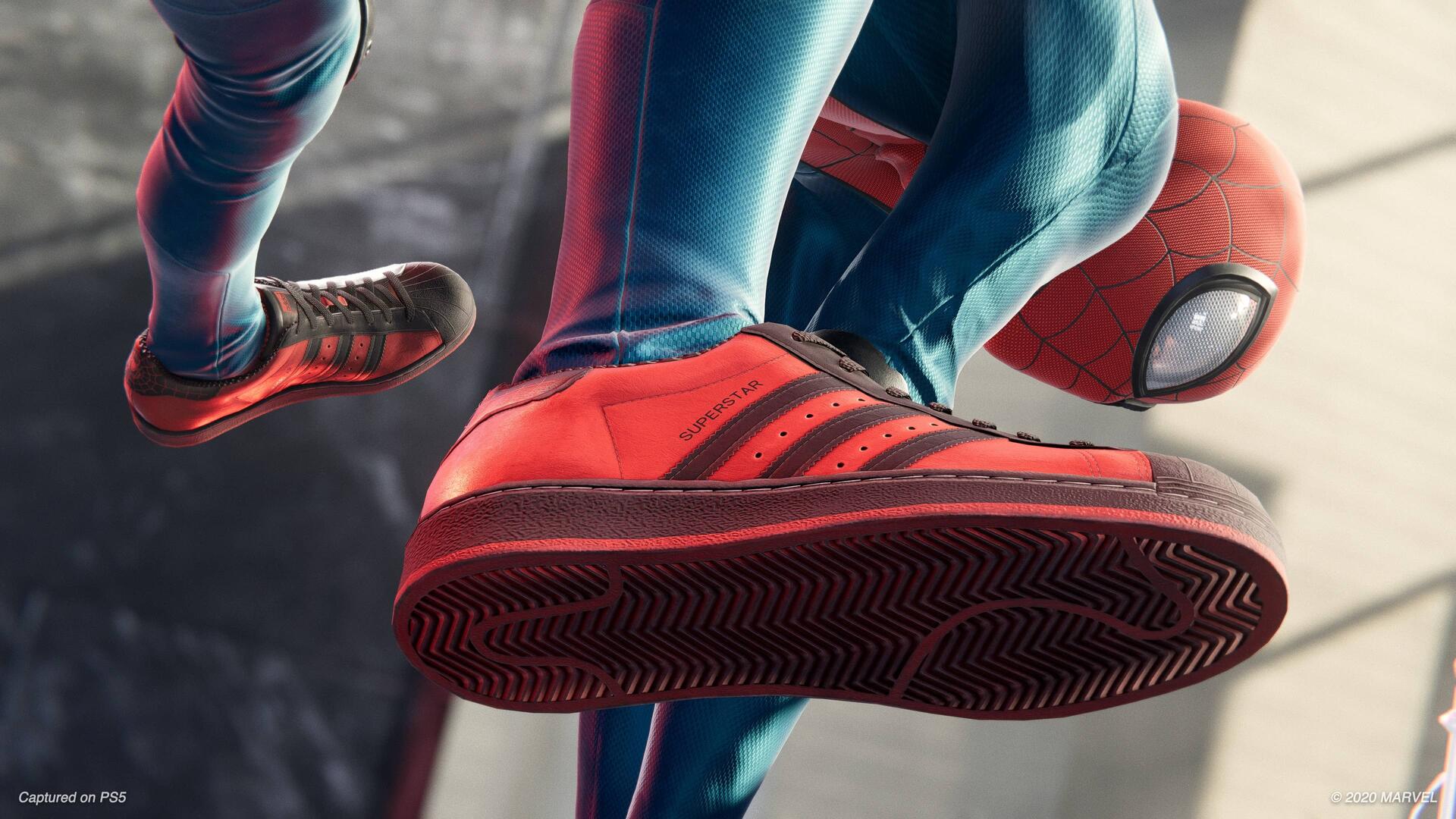 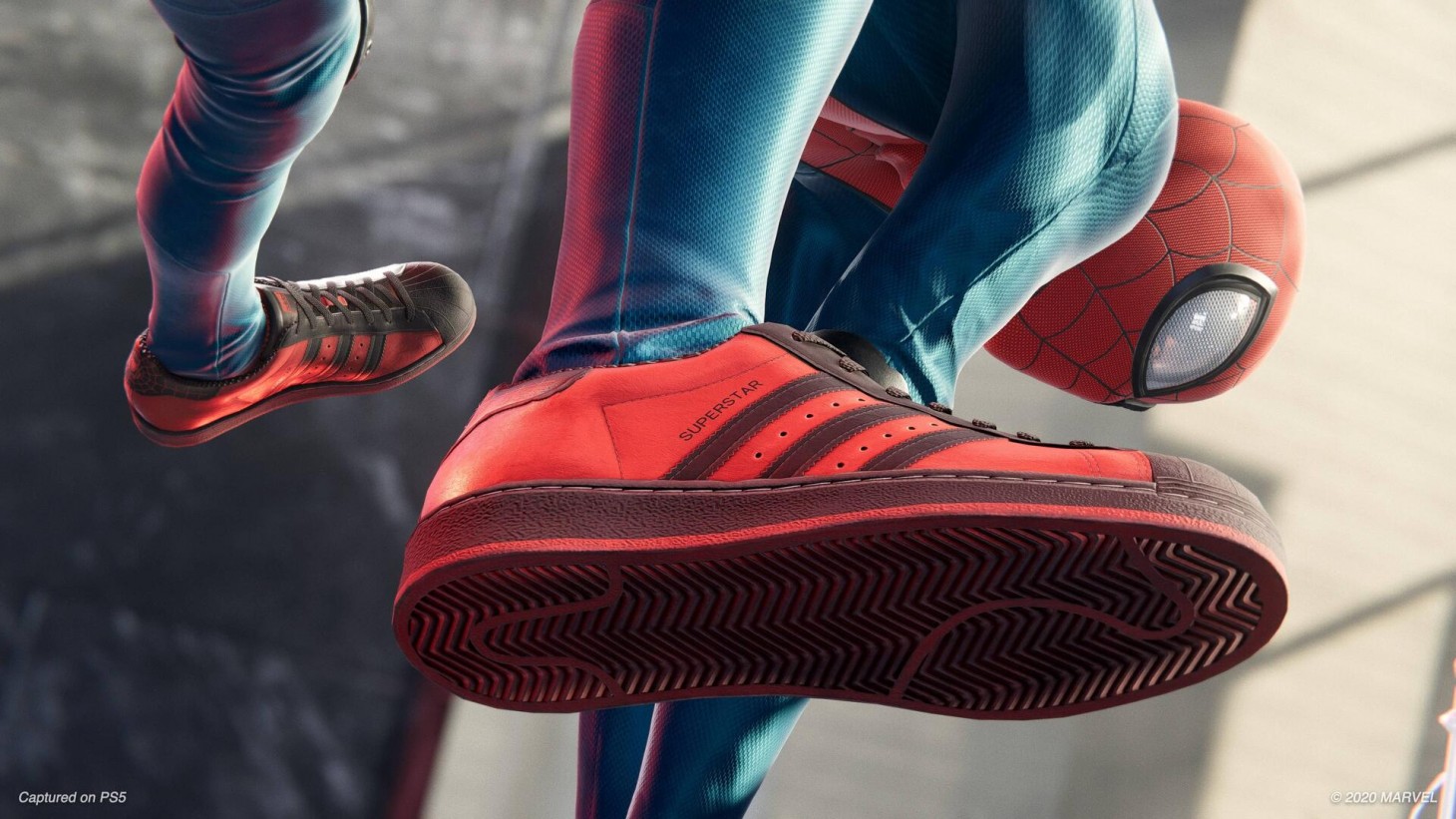 Marvel fans will be able to swing around New York City all willy nilly-like once more with today's Spider-Man: Miles Morales launch, but now there is an additional way to celebrate our latest web-slinging hero: with a new Adidas shoe line.

We first saw Miles sporting new kicks with Adidas shoes last month and now fans can emulate the hero that is front and center in the new Marvel experience with a pair of their very own.

According to Marvel, "The Marvel’s Spider-Man: Miles Morales Superstar features striking black and red color blocks, along with Adidas’ signature three-stripes. The instantly recognizable shoe has a Spider-Man webbing print on the heel and a PlayStation tag on the laces — along with Miles’ own Spidey tag, too." 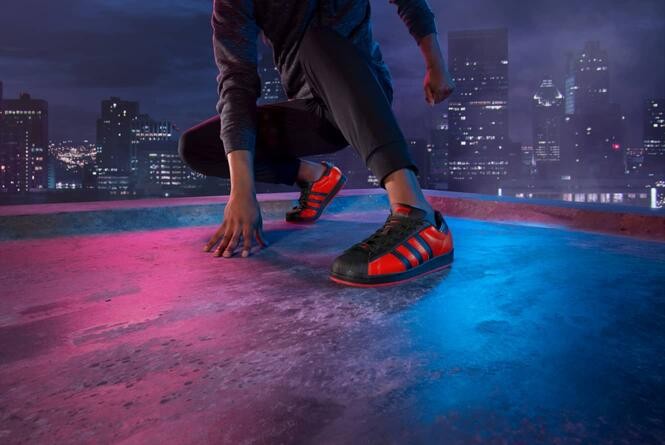 Both kid and adult sizes will be available for the Marvel's Spider-Man: Miles Morales Adidas sneakers with a release planned for November 19 in the US, Canada, and select Asia-Pacific locations. For those in Europe, these Marvel shows will be releasing just a little bit later with a date set for December 4.

Pre-orders aren't available at this time,  but you can keep an eye out on the Adidas website for when these bad boys go live.

Interested in what we thought about Miles' story? You can check out our full review here, with a small snippet below:

I thoroughly enjoyed how Miles’ story unfolds, but it hangs its mask on some clichéd coming-of-age hooks; outside of his personal and familial turmoil, he doesn’t face much of a defined threat. Roxxon is billed as the evil presence, but you won’t see many villains at all – a huge change of pace from the first game. Rhino is the most pronounced, and he’s the first one you see. Some others are teased, but they never materialize into anything other than cameos. Roxxon and The Underground fall a bit flat, but the emotional strings they link to Miles pay off in satisfying ways.

For a second act, Marvel’s Spider-Man: Miles Morales satisfies. Taking to the web-line and soaring across a wintery New York skyline is every bit as enthralling as it was before, and Miles develops into a fantastic hero. This follow-up doesn’t have as much of a sinister punch, but it delivers some great plot twists and concludes with another eye-opening post-credits sequence that teases an exciting future for Insomniac’s Spider-Man series.

Marvel's Spider-Man: Miles Morales is now available on PlayStation 5 and PlayStation 4. What are you most excited for when diving into the next step of this Marvel journey? Sound off with your excitement down in the comment section, it's what Miles would want.