We are just a few days away from the launch of PlayStation 5, two days after the release of the Xbox Series X. With the next generation officially kicking off, there are still many questions surrounding what the next step of gaming looks like, something that Sony's Hideaki Nishino shed just a little more light on from the PlayStation camp.

In a recent interview, Nishino says that the PS5 doesn't currently offer any kind of 1440p support, not that it's necessarily needed, but that Sony would be interested in adding that in as a feature if "requested enough."

"I want to give top priority to TV support," he said. "There is no technical problem at all." According to the Sony exec, it's a feature that can be added, but only if players see it is something that needs to take priority. If not, TV support is where the current focus is.

With 3D audio and an ultra-fast SSD, the PlayStation 5 isn't necessarily new technology, but it is a technology that is expertly crafted; much like the Xbox Series X. 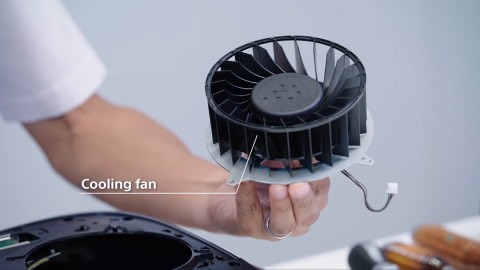 In the same interview, Nishino also opened up a little more about what makes the PS5 so quiet, something previously talked about with the cooling fan. Between the shape of the fan itself and the software support tied to it, as revealed last month, the design of the next PlayStation has an almost philosophical strategy behind it. "In the past, the idea especially for PS4 was to look at the maximum load of the CPU and GPU and design the cooling mechanism assuming the maximum load.

"However, it is really rare that both the CPU and GPU are at maximum load at the same time. Even if I had a cooling mechanism that assumed the maximum load, I couldn't make use of it."

If a loud noise happens, that is "another problem" because the PS5 is designed to still be quiet no matter the threshold reached. If the load is higher, according to Nishino, then the power consumption has also increased. While the SSD and chip performance has seen a massive upgrade, the power consumption of the PS5 is much higher than that of the PS4. It was because of that consumption that drove the design team to choose these particular mechanics, like the fan seen above, to maintain the system's integrity.

Between the fan itself and the very large heat sink, the use of liquid metal as the Thermal Interface Material (TIM) is another tie-in to how the construction of the console is built to utilize power in a smart way.

Nishino continued saying that the system itself is "just simple and beautiful" and designed in a way that each part makes sense, and each part works to correct issues previously seen during the current generation.

PlayStation 5 arrives on November 12, are you excited to play with the power that Sony wants to offer console players? Sound off with your thoughts in the comment section below!