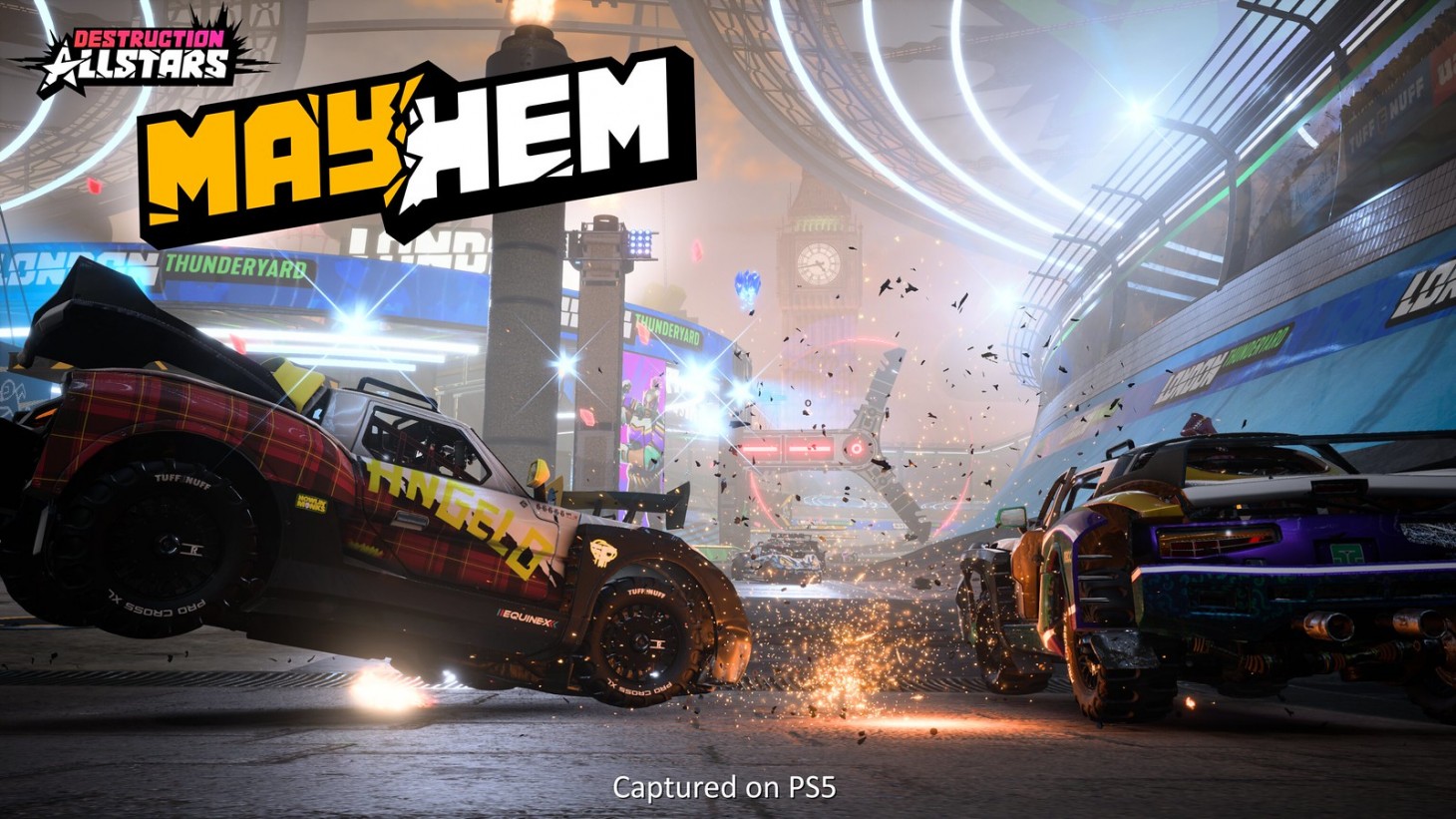 Are you ready to become a Destruction AllStar? The PlayStation 5 exclusive arrives in February, but Sony has given us a look at gameplay today along with some information about game modes. First, check out the trailer below to get a taste of gameplay and what Destruction AllStars actually looks like in action!

Let's crash some cars! The trailer shows off how all the speed-crashing and wrecking looks on screen, piloted by colorful characters and outfits. Is that a wolf outfit? Special invisibility abilities? Big plays after you've been blasted out of your vehicle? They're all here on display in this first time we're seeing gameplay from Destruction AllStars. The Lucid Games title has plenty of vibrant sights and sounds as you rip around the arenas at frenzied speeds. Like many other multiplayer-centric experiences, you'll have your choice of game modes for tearing the other racing riders apart.

You can play Destruction AllStars solo or with friends, and against actual people or AI, so tailoring the experience that's right for you is easy. However, you're then faced with another choice — what mode will you play? A detailed breakdown on the PlayStation blog provides us with some much-needed information as to game types.

Mayhem is the easiest to understand of the bunch. It's essentially just team deathmatch, obviously with some variation due to the nature of both in-vehicle and on-foot gameplay.

Carnado gives the player some value and risk propositions. You earn Gears for completing game activities like wrecking other players, then take your own vehicle and shred it to scrap in the titular carnado to earn a ton of points. Of course, that wastes your ride, so you'll have to come up with a way to get a new one. Like stealing one from another player!

Stockpile is similar to team-based Domination-style multiplayer experiences, with three banks in play that need to be capped and controlled for victory.

Last but certainly not least is Gridfall. Gridfall is the Destruction AllStars take on the battle royale experience with sixteen players and one winner. Unlike some battle royale experiences, you do have a number of lives to draw upon as the arena collapses and falls away. Of course, players will start running out of lives fairly quickly with the pacing of the action, so try not to waste your respawns!

You can find additional details on cosmetic unlocks, training modes, and the challenge series over on the PlayStation blog.