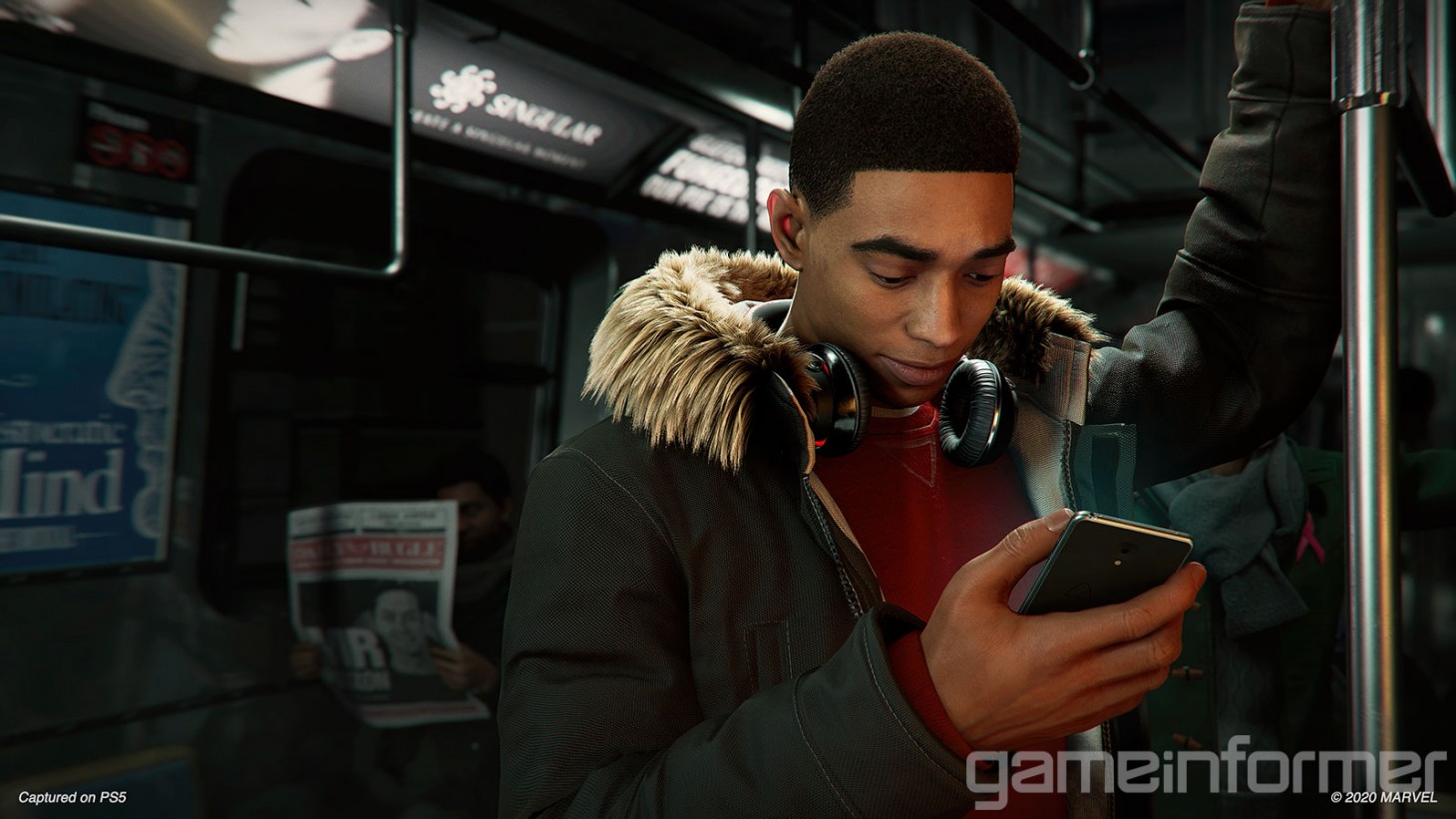 If you haven’t been able to secure a PlayStation 5 preorder, or aren’t lucky enough to snag one during release, at least you’ll be able to play the PS4 version of Insomniac’s newest Spider-Man game. However, if you absolutely need the best Spider-Man experience, you’ll want to play on a PlayStation 5. The PlayStation 5's extra power allowed Insomniac to create a bigger, better game. To analyze this further, we asked the development team to detail five big reasons that Spider-Man: Miles Morales on the PlayStation 5 will be the definitive version.

“The PS5's SSD obviously allows us to load the game faster. If you die or if you fast travel there are near-instant loads. It just fades down and then fades up. You just keep playing. We have no loading screens. It’s really impressive. In the PS4 version, we have loading screens and the subway transitions from the last game.” – creative director Brian Horton

Two: The world features a higher level of graphical fidelity

“We were able to take full advantage of all the features of the PlayStation 5, and one of those things was graphical fidelity. You're going to see ray-traced reflections everywhere in the game on the PlayStation 5.” – creative director Brian Horton

“Visually, it's striking. We have ray-traced reflections under ice and snow and wet streets at different times of day, and that changes when we have overcast skies … You'll be able to see realistic holiday lighting reflecting off of ice and wet streets which looks awesome. In general, we have a more detailed city, more detailed characters, and more detailed particle systems.” – adds art director Gavin Golden

“There’s are a lot of different techniques that we can use that we weren't previously able to. We have 4D scans for our characters so that's a more complex rig where we have a large set of scan data based on performance capture that we have from our actors, which gives a more realistic and believable performance. Also, we have strand-based hair, which is a more detailed, more realistic rendering technique that we weren't able to do before.” – art director Gavin Golden

Four: The action is smoother and more explosive

"You'll see a lot more destruction, a lot of improved particle systems and simulations that we just weren't able to do before. Knowing the tools that we use more and knowing the new hardware, we've been able to target a cinematic level of disruption and action." – art director Gavin Golden

“Being able to play in performance mode – so it’s at 60 FPS – we were able to see that our animations now have a nicer fidelity. It’s a lot smoother now. With that smoothness, we were better able to see how [our original animation designs] translates into the game. Playing on the PS5, Miles just glides across the screen, and it feels really good. It feels really smooth.” – senior animator James Hamm

Five: Combat is more immersive thanks to the PS5 controller

“The haptic controller is next-level immersion. There is rumble on the PS4, but the haptics on the PS5 really allow bioelectric attacks to travel from one side of the controller to the other. And, it makes the web-swinging feel that much more visceral when there's resistance on the trigger, as you feel the connection of the webs and then the tension as you swing through.” – creative director Brian Horton.

But the PlayStation 4 version is still a great time:

“As a gameplay experience, the two versions should feel in parity. It's not like one game feels much different than the other, but those enhancements that we're talking about, really add up to make it feel like the definitive Spider-Man experience is on PlayStation 5. The PlayStation 4 version feels great and looks pretty, but it really is a binary difference when you play the PS5 version.”

Marvel's Spider-Man: Miles Morales releases on November 12 for the PlayStation 5 and PlayStation 4. For more on the game be sure to stay tuned to our month-long cover story hub, which includes exclusive developer interviews and new gameplay footage.