A new Daily Bugle has arrived and this time, we're thinking Spider-Man, but make it fashion. The latest promotional piece for Marvel's Spider-Man: Miles Morales is all about the suits, which is a feature of the game that has longtime Spidey fans and newcomers alike excited.

One feature that was highly beloved from Marvel's Spider-Man on PlayStation 4 was hunting down all of the various Spidey suits hidden within the in-game world. With Miles comes a new opportunity for returning some of our favorite suits from the comics and it looks like he's got a style in Insomniac's take that will rival that of our Peter Parker. 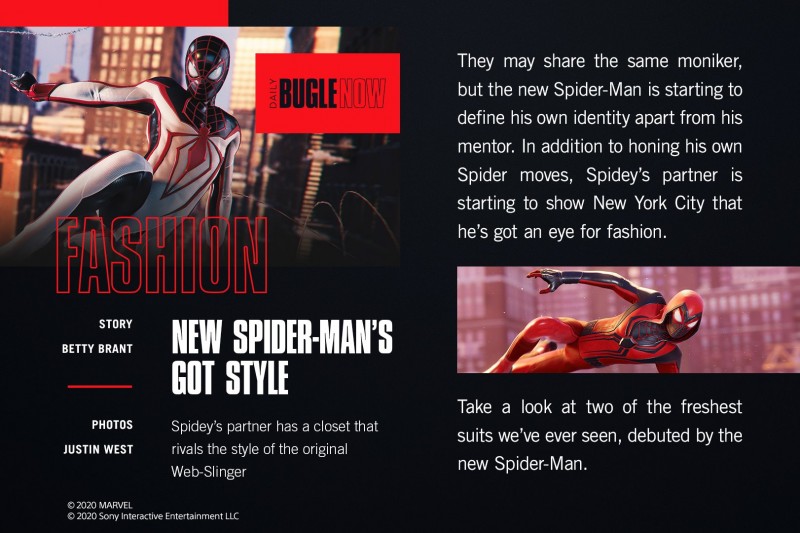 Miles has an incredible story in the comics and seeing him in action front and center with the upcoming gaming experience is incredible. With various suits coming in that we've yet to see, Insomniac did confirm a few of the fashion-forward looks including the Crimson Cowl Suit with a few modern upgrades and the popular T.R.A.C.K suit that allows Spider-Man to "swing through the city without breaking a sweat." 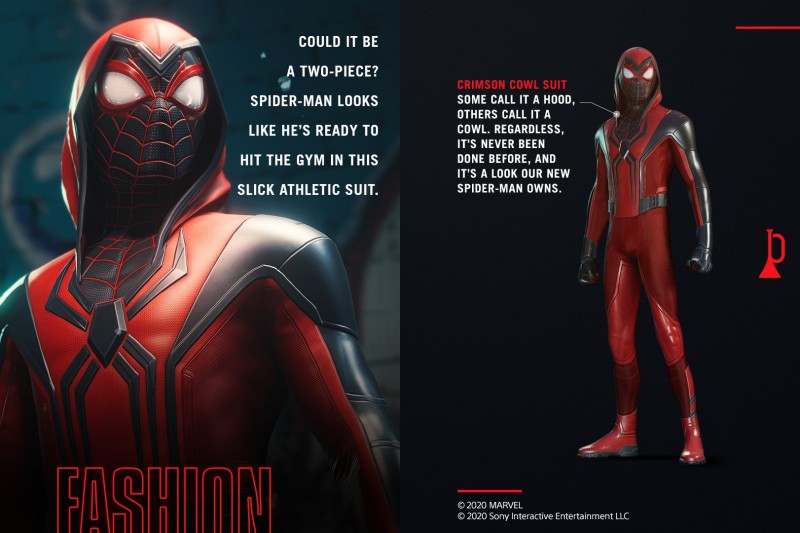 The newest issue of the Daily Bugle goes perfeclty with our November magazine cover with Miles himself front and center! With the digital issue now available and the magazine itself shipping out, we're making sure you can never have too much Spidey. 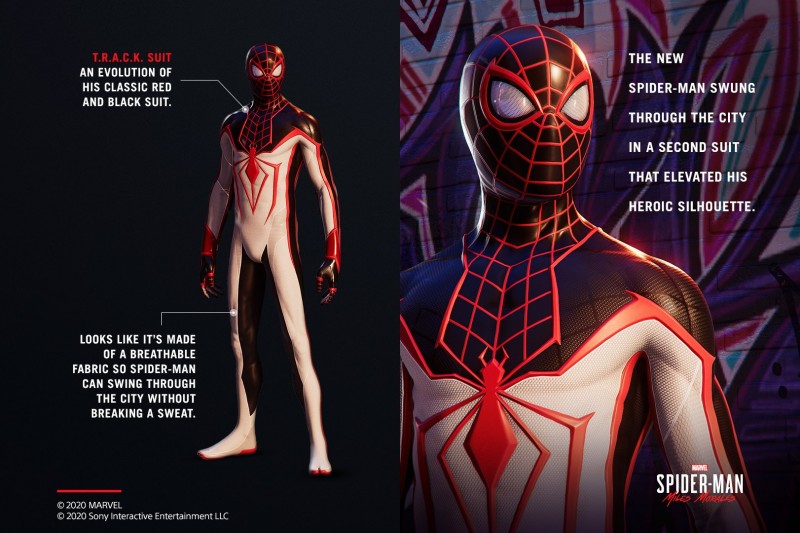 Marvel's Spider-Man: Miles Morales officially swings into action as a PlayStation 5 launch title on November 12. It will also be available for PlayStation 4 for those not quite ready to dive all in with the next generation.

Thoughts on the latest Daily Bugle and our cover reveal? Shout out those Miles Morales hopes and dreams in the comment section below, including what other suits you'd like to see make their way into the game!