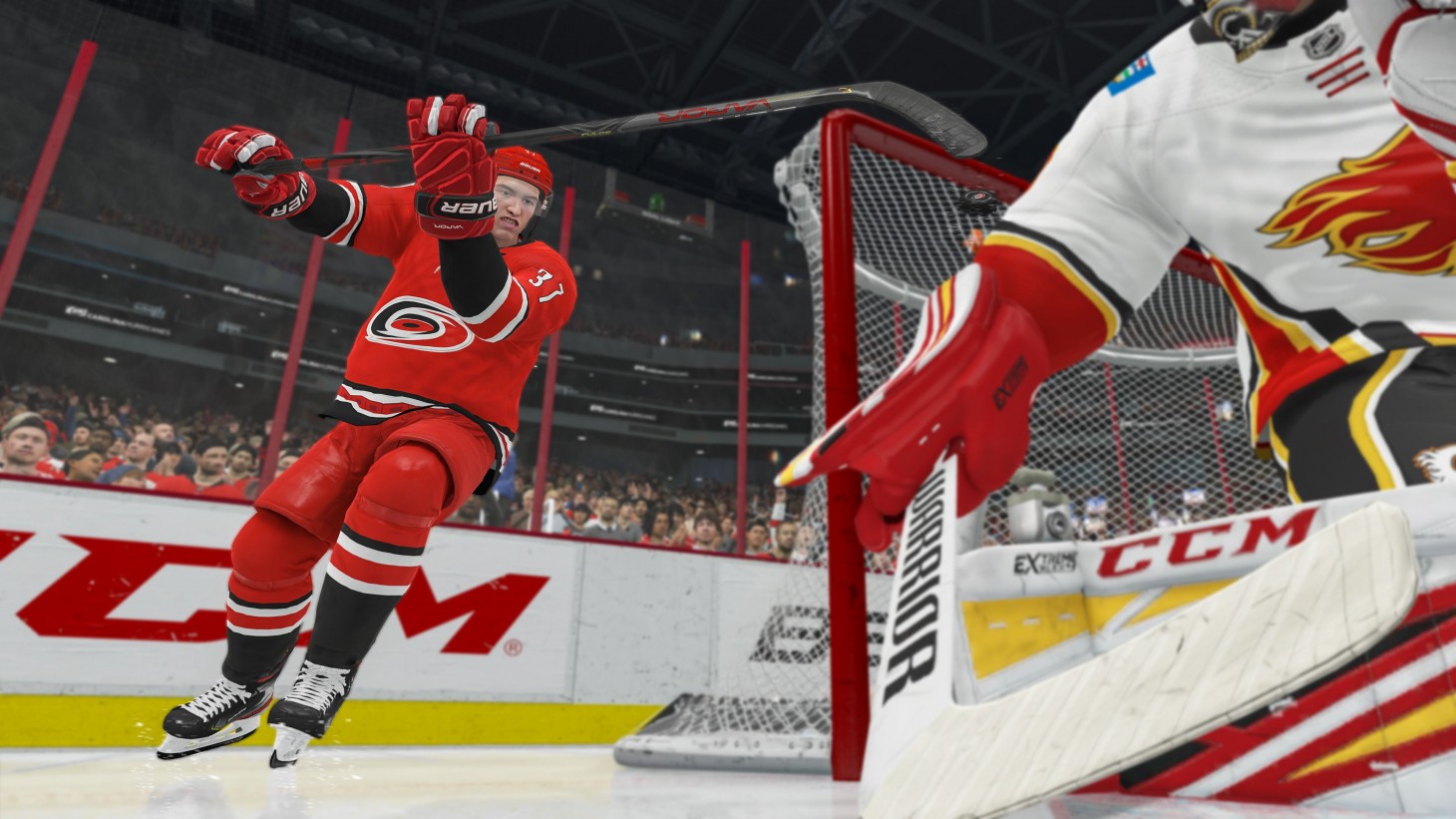 Where Is Our NHL 21 Review?

The embargo is up, and NHl 21 is officially available. We've spent a considerable amount of time with the game, testing the upgraded Be A Pro mode, new dekes, and HUT Rush. However, we're not quite ready to deliver a review due to needing more time with the online components. With the player pool so low due to the game not being officially out, it was not easy to always find opponents to test out these features, especially those in World of CHEL. Discovering strengths and weaknesses of the online gameplay takes more than few matches, so we'd like some more time on the ice before making our final decision.

After we put the online modes through their paces, we hope to have a full review up later today. In the meantime, here's some overall impressions based on our time to help you in deciding if NHL 21 is right for you.

NHL 21 doesn't move the needle much in terms of what it provided last year. There are minor tweaks and some additions to modes (with varying degrees of success), but it won't feel like a fundamentally different experience like when we experienced the new skating two years back. Across all modes, I had some frustration with the A.I., whether it was their hesitation with getting the puck out of the defensive zone, or defensemen acting like they're forwards in EASHL. That being said, the A.I. does seem better at poke checking, taking players off the puck, and recognizing when to come over and help with board battles.

The mode that got the biggest facelift was Be A Pro, which desperately needed new lifeblood after being mostly neglected the past few years. My thoughts from my previous preview stand. It is rough around the edges, but a good foundation for EA Vancouver to build off going forward. Dialogue choices are a bit too extreme, your assessments are at times inconsistent based on your contributions, and your interactions with teammates and your agent are very dry and boring. That being said, I like how you're tasked with different challenges based on how the game is playing out, and carve your own path to recognition both on and off the ice.

The new HUT Rush mode offers fast, bite-sized games and rewards your prowess at pulling off fancy, stylish moves. When you score with a fantasy roster created in Ultimate Team, you get multipliers up to 5x on the last three skills you used, for a maximum of a 15x multiplier on a goal. It’s all about finding the best combos to get the highest score. This mode feels more geared toward advanced players, who enjoy pulling off difficult dekes and can do so with ease. It's not my thing, as I play a very simple hockey game, but I can see how earning rewards and adding new players to your roster to compete in a skills competition is sure to entice others.

To sum everything up, what you love about past games can be found here, but there's not big, sweeping changes to the formula. It comes down to if updated rosters and a few new additions will be worth the price of admission. With the real NHL not coming back until January, it just might be the only way to get your hockey fix for some time.