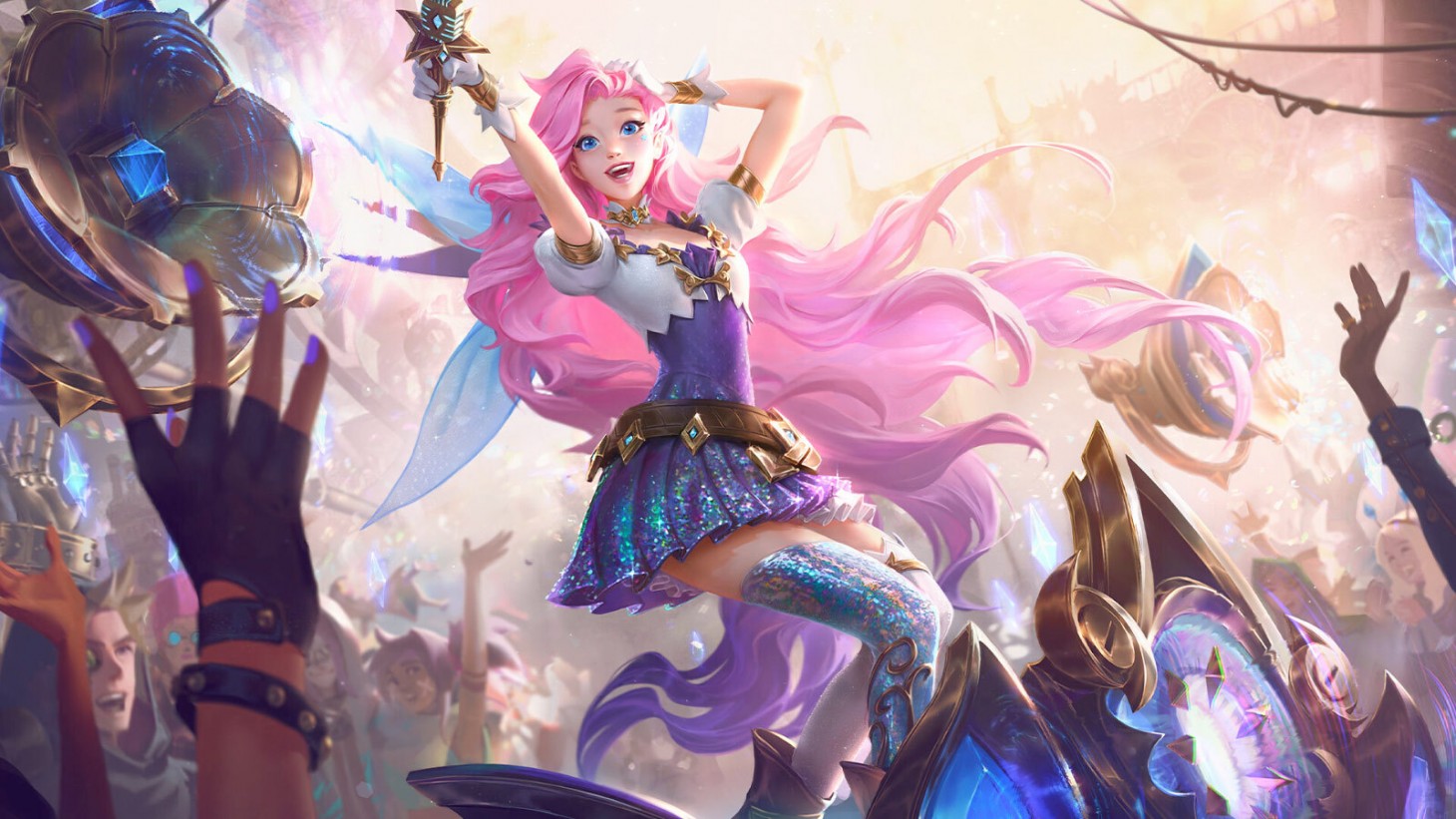 Seraphine Is Officially League Of Legends' Next Champion

After months of fan-made postulations and a long list of clever teases, Riot Games has officially announced that Seraphine is joining League of Legends' roster. A social media celebrity and music icon, Seraphine is Summoner's Rift latest magic-wielding champion.

Runeterra's premier idol is taking the stage with her magical auditory synesthesia. Captivate your enemies and sing along with your allies with this pink-haired dreamer.

Riot Games also released a post that showcases her ability-kit. You can click on the link for more details as well as mini clips for each move, but Seraphine's abilities are clearly linked to her musical talents. Out of her four basic skills, Surround Sound and Encore are game-changers. Seraphine's Surround Sound amplifies her allies' movement speed while equipping them with shields. Encore, on the other hand, charms enemies with a damage-dealing magic blast; any champions that are struck by the blast (allies and foes alike) extend Encore's range. What Seraphine lacks in overall dps, she makes up for with abilities that focus on crowd-control and team-buffs.

Seraphine is also coming to League of Legends with an exciting Ultimate Skin. Are you excited to play as her? Let us know what you think about her abilities in the comments below.