Blaston is a PvP fighting game that's entirely in VR with some impressive, creative minds behind the adventure. With Left 4 Dead's Mike Booth and Doom's Tom Hall on board with the folks over at Resolution Games, Blaston is an unapologetic experience that isn't afraid to simply be what it is: a straightforward PvP experience that is just meant to be fun.

We recently had a chance to go toe-to-virtual-toe with the team behind this game to square off and shoot out. Immediately upon putting on the VR headset, my mind went straight to Cyberpunk with the neon colors and futuristic tones. That being said, the game itself plays like an old western shootout, pitting one player against another in a Matrix-style race to be the last man standing.

The game is simple: players face off against another person in a neon-drenched close-quarters arena. When the countdown hits zero, both players must utilize an arsenal of weapons to take each other out. Resolution Games CEO Tommy Palm tells Game Informer that each weapon was designed with sports in mind, giving them a playful edge to keep Blaston appropriate for all ages without making it camp. While not campy, some of the weapons are downright cute, and each has a its own strength when taking to the realm of PvP.

Palm and I faced each other and the blasting started immediately. Pulling from one weapon that acts primarily as a shield in one hand, and a sniper in the other,  I thought I almost I had him. Unfortunately, I will never be coordinated enough for VR and when you're going up against the very people that created the game in question ... well, I didn't expect to win. That being said, I lost hard when going up against Resolution's Chief Creative Officer Mathieu Castelli, because he didn't even blink when wiping the floor with me.

When going through a couple of matches, the Resolution Games CEO tells me that a heavy influence behind the mechanics of Blaston was the Matrix franchise, and that inspiration was very much felt the moment the weapons begin to materialize. When getting ready for the shootout, players will stand stockstill in the tiny arena waiting for the guns around them to show up. Weapons aren't all available at once, instead they phase in as needed, out of thin air, in a belt-like formation around the player. This encourages more movement safely within the restricted area, and makes spatial awareness key while maintaining eyes on the opponent in front.

Grab a gun, empty the clip, drop it and grap the next one to materialize. Dodge, weave, turn: do whatever it takes to win. Lather, rinse, repeat until one player goes down, and the victor is declared. The matches are short, typically under two to three minutes, depending on the player skill level (Castelli wiped me I think in 40 seconds? I'm not ashamed, I'm not proud).

When talking about future plans for Blaston, the team at Resolution has high hopes. With several games already under the Resolution belt, including Angry Birds, the possibility for crossovers is something the devs seem excited for. The studio also aims to add more levels, more weapons, and different customization items for players to mess around with. During my time with the game, the amount of cosmetic options were limited, though Resolution says that will be changing over time. Character skins, weapons, banners; the devs are looking to have a lot of fun with Blaston's evolution.

Another interesting aspect of the potential future for Blaston is that Resolution wants to see it have a physical presence, not unlike Super Smash Bros. Right now, competitive esports are huge and the amount of games being included in that niche continues to rise. While VR is still in its infancy, especially in relation to esports, Palm tells us that they would love to see the community grow to the point where a physical presence is felt and could potentially be crafted in a way that fits within the esports microcosm.

"We would, of course, love to see Blaston in esports," Palm says. "We just need to make sure that the game is received on that level first, but we would love to see the competitive nature grow in the way that Super Smash Bros. has over the years." Castelli adds, "The potential is unlimited, we feel like we can do anything with this."

Part of that community expansion has to do directly with the content expansion previously mentioned, which will keep current players engaged and will, hopefully, continue to draw in new VR gamers as well.

Post-launch content will begin rolling out soon after launch, which is today on October 8, and will rotate in at "regular intervals." Currently, Blaston is available on Oculus Quest, but more VR headsets will be able to run this particular game in the future, including the HTV Vive, Oculus Rift, Valve Index, and Windows Mixed Reality. 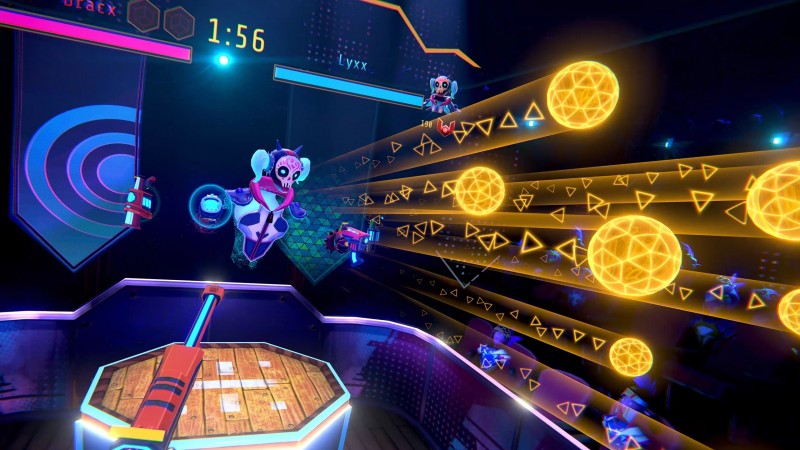 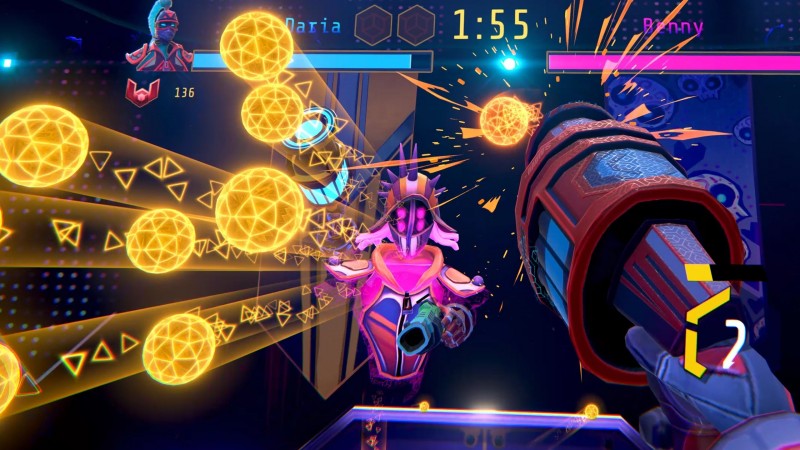 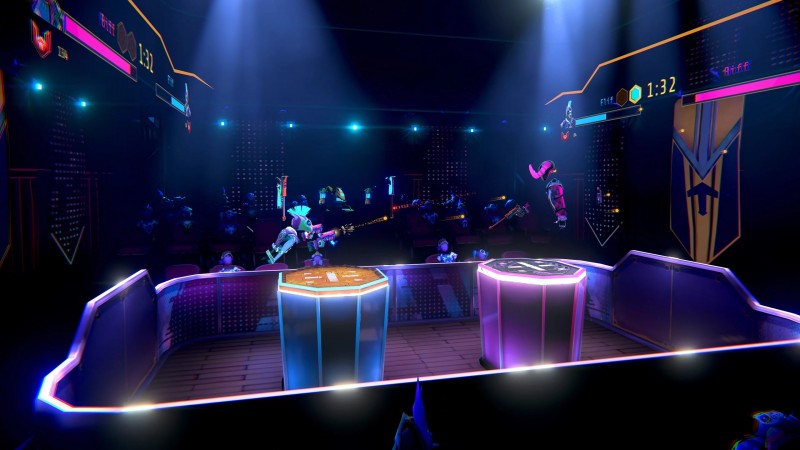 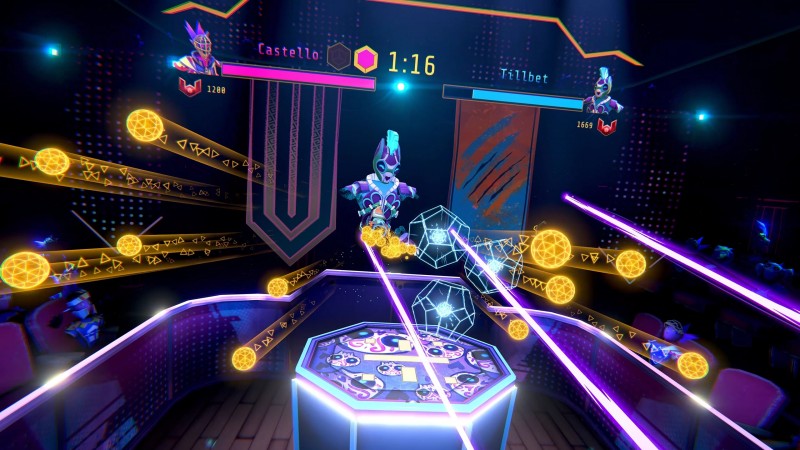 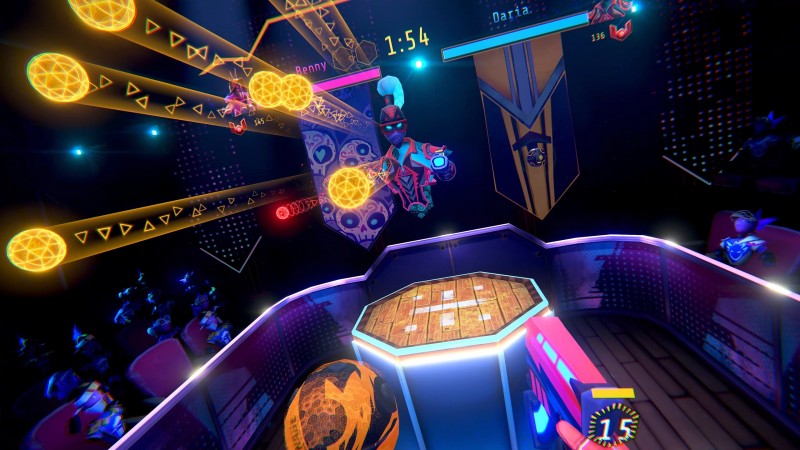 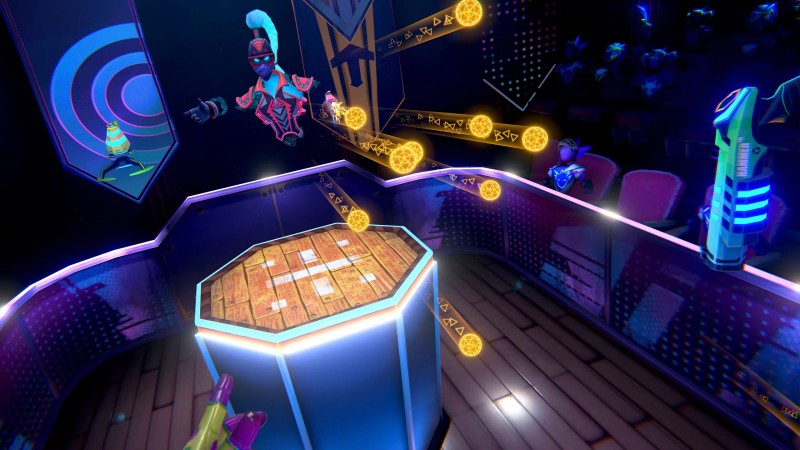 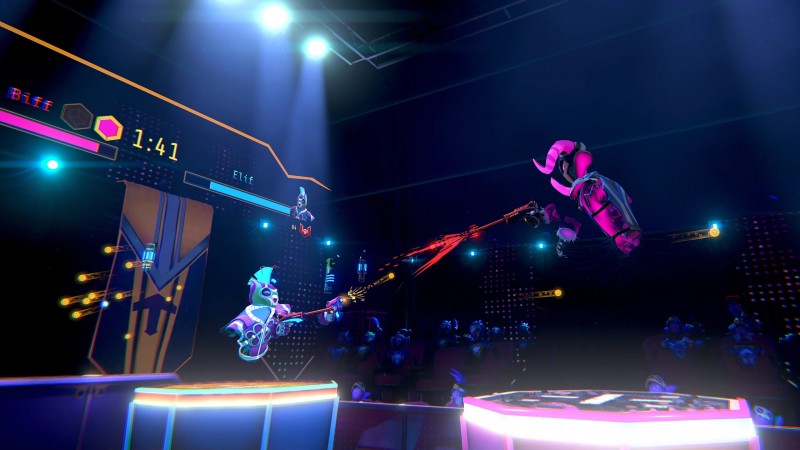