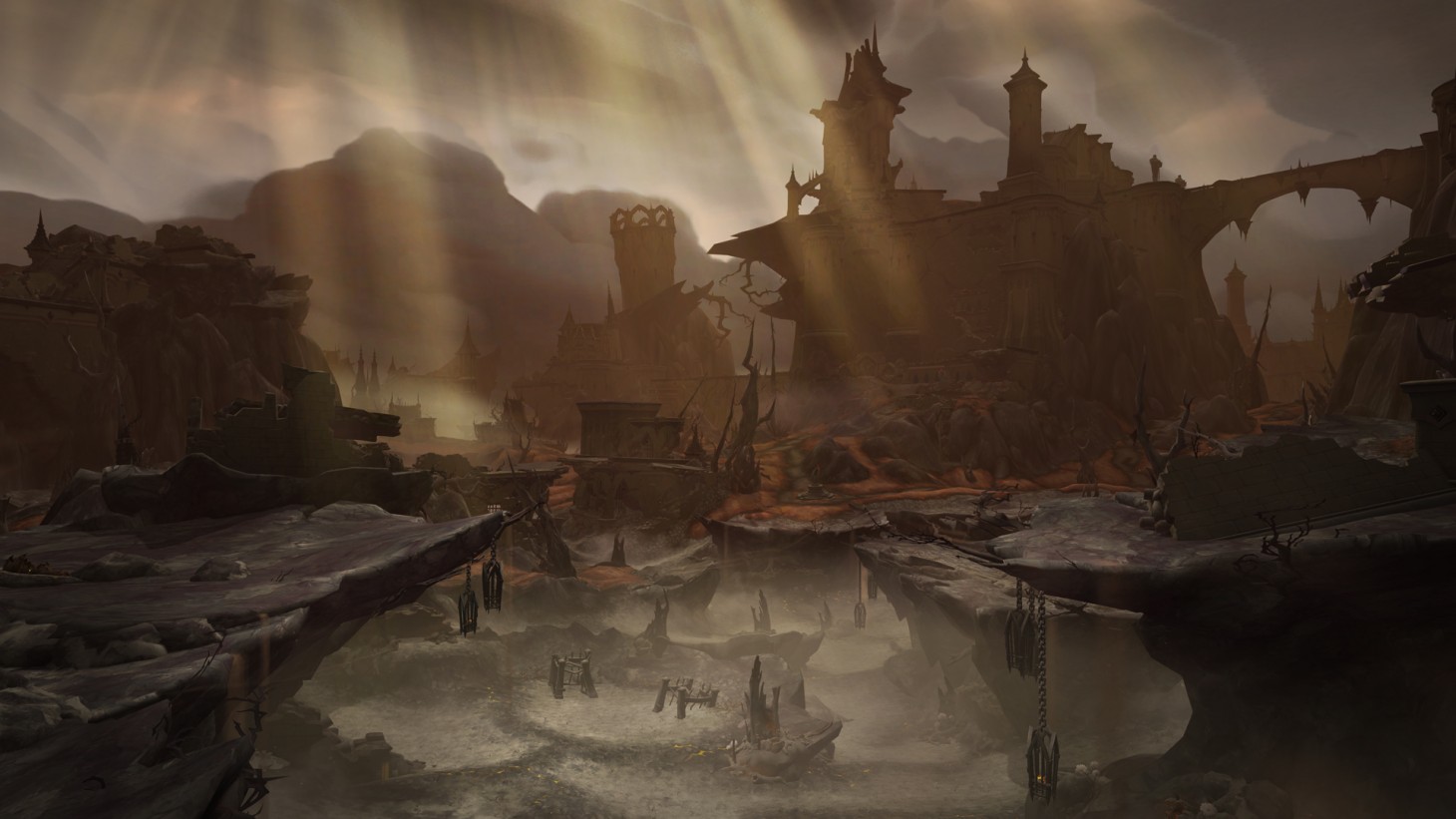 Get A Taste Of Shadowlands With A New Revendreth Trailer

One of the four major covenants players can align themselves in the upcoming Shadowlands expansion this October is Revendreth. The Venthyr of Revendreth are soul vampires, draining the sins away from their less-than-virtuous spirits that have found their way to their realm. While Revendreth isn't quite as grim as the Shadowlands take on Hell, The Maw, it's a place for really bad spirits to come for potential painful redemption.

Players will no doubt recognize some faces from throughout Warcraft's history in this zone, atoning for terrible crimes in the afterlife. The Venthyr, despite having an important purpose in cleansing these souls through punishment and torture, are not exactly the grand moral arbiters of the great beyond. They have their own selfish wants and needs, and are mired in a corrupt aristocratic culture that has descended into decadence for the haves and the most bare existence for the have-nots.

In this new trailer, explore the thoughts of Sire Denathrius, one of those in control of the castle-kingdom of Revendreth (It's totally Bloodborne the zone). Those that defy his policies meet with a bright fate in one of the few areas where the light seeps into the dark realm, a punishment that can result in exile, madness, or death. Of course, if you do side with the Venthyr and Revendreth, you might get your own coffin to sleep in as you rise through the ranks of vampire nobility.

Shadowlands arrives on October 26, with the "pre-patch" experience expected to hit around the end of this month. Learn more about Revendreth in the trailer below!