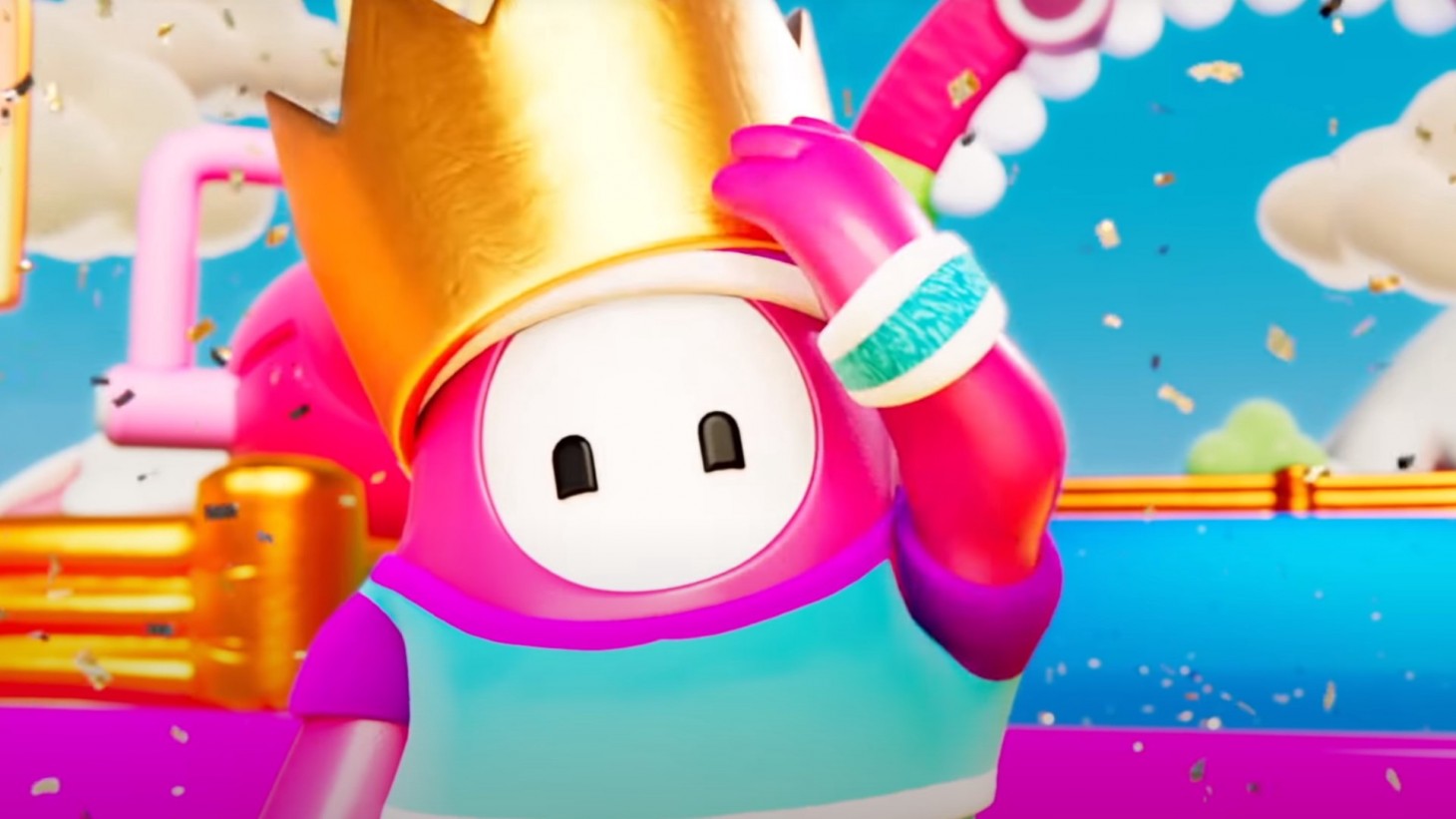 Fall Guys Featured A Cheater Island Before It Was Canned

Fall Guys is the battle royale game we didn't think we needed, but it's the one that captured our hearts anyway. With its Mario Party-style minigames and adorable (yet also slightly terrifying) jelly beans, it's easy to see why this online title took the crown in the gaming community. Unfortunately, like with many online games, cheaters are a problem and the devs over at Mediatonic had a creative solution for them until it all crashed down into a massive heap of confusion.

While the team is adding the same extensive anti-cheat that Fortnite uses in the coming weeks, the fight against hackers didn't come out of nowhere. Since launch, a plethora of cheaters have taken over the battle royale game, and the in-game anti-cheat system underwent several major evolutions. With the changes made to how the devs approached anti-cheat, Mediatonic took to Twitter to reveal some of the solutions they've come up with in the past, including a Cheater Island that sounded great in theory.

After we confirmed that it was working - We secretly launched

According to the studio, Cheater Island was a "magical place where cheaters could happily compete against themselves for the Cheater's Crown." Sounds like hilarious karma, right? Well, sure – in theory – but it didn't quite work out that way in real life.

The above Twitter thread continued into what was dubbed "the Rise and Fall of Cheater Island," stating that they had enough data to detect who was cheating, but the data wasn't translating correctly over into this created hacker limbo. Because the Cheater Island player count continued to read 0 despite the amount of hackers rising, the team continued to lower the threshold concerning their in-game cheat detection.

Due to the lowered threshold in an effort to avoid mislabeling a player as a cheater, there weren't enough players being detected to fill an entire Cheater Island server, meaning that those caught would be stuck in an infinite falling loop that is the game's load screen. This registered as a bug, not a feature, and chaos followed.

For any player that "crossed the threshold," they were then labeled as a cheater, giving them a chance to see what got them tagged and to tell other hackers and to avoid detection in the future.

If you were tagged as a cheater... you'd be able to finish the game you were in

Then, the next time you tried to matchmake... you would ONLY be able to matchmake with other Cheaters (Without realising)

Cheaters, once aware, began to pool together to override this detection tool. Some would find workarounds with the family-sharing features introduced into the game, while others would bury themselves in a group of non-cheating friends. This caused the dev team to tweak their Cheater Island thresholds once more, and that seemed to be the 'third time is the charm' moment.

Many players seemed to find themselves in situations that looked like Cheater Island without being able to tell for sure. Fall Guys lovers were taking to the Reddit boards to share clips of weird matches that looked to be Cheater Island without actual confirmation. This caused the game's forums to become aflame with confusion as players tried to discern if they were playing the vanilla game or stuck in a hacker hell.

Eventually, the confusion became too much and Mediatonic shut Cheater Island down for good. Now a more traditional system is in place for those tagged as cheaters, instead disabling their ability to login to the game at all.

Somebody actually uploaded this video to Reddit with the title:

"Ever played a round of Fall Mountain where all the players are cheating?"

The problem is... this LOOKS like Cheater Island but we can't be 100% sure pic.twitter.com/byJi6r0Ykc

The anti-cheat detection is there currently, but it's not doing enough. This is widely apparent on Reddit and Twitter alike as more and more clips showing speed hackers making their way shamelessly to the crown are being revealed.

Luckily, there is a massive update coming soon that will revamp their entire approach to those that can't seem to just play a game normally. Coincidentally, this update is also launching alongside a new feature called the Big Yeetus, which is honestly just poetic at this point.

Yeet the cheaters into the sun, just not on Cheater Island. The update called "Big Yeetus and Anti-Cheatus" is set to arrive here in the next few weeks.