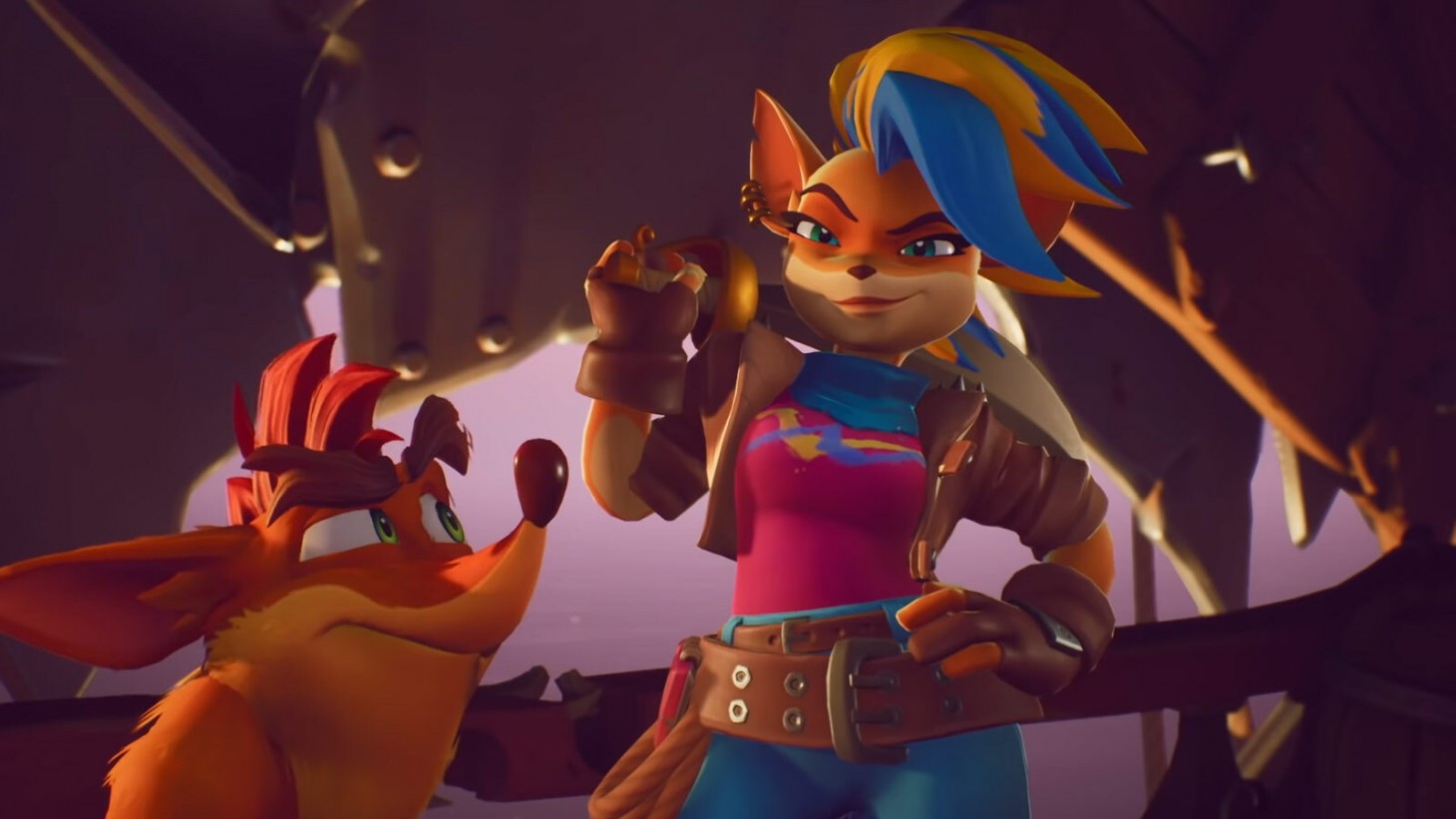 Crash Bandicoot's old flame, Tawna, has made her triumphant return in a new gameplay video. Tawna joins a small list of other fan-favorite playable characters like Dingodile and Doctor Neo Cortex, and emerges as the most nimble of the bunch. As Tawna, players have access to a wall jump ability that can enable access to hard-to-reach ledges as well as a grappling hook that can be used to navigate levels faster or fight off enemies. In addition to the Tawna gamepay reveal, Toys for Bob announced that a Crash Bandicoot 4 demo will be available for players who have already pre-ordered the game.

Crash Bandicoot 4: It's About Time launches on PlayStation 4 and Xbox One on October 2. Watch us play the game to get a good look at its new gameplay features and modes.