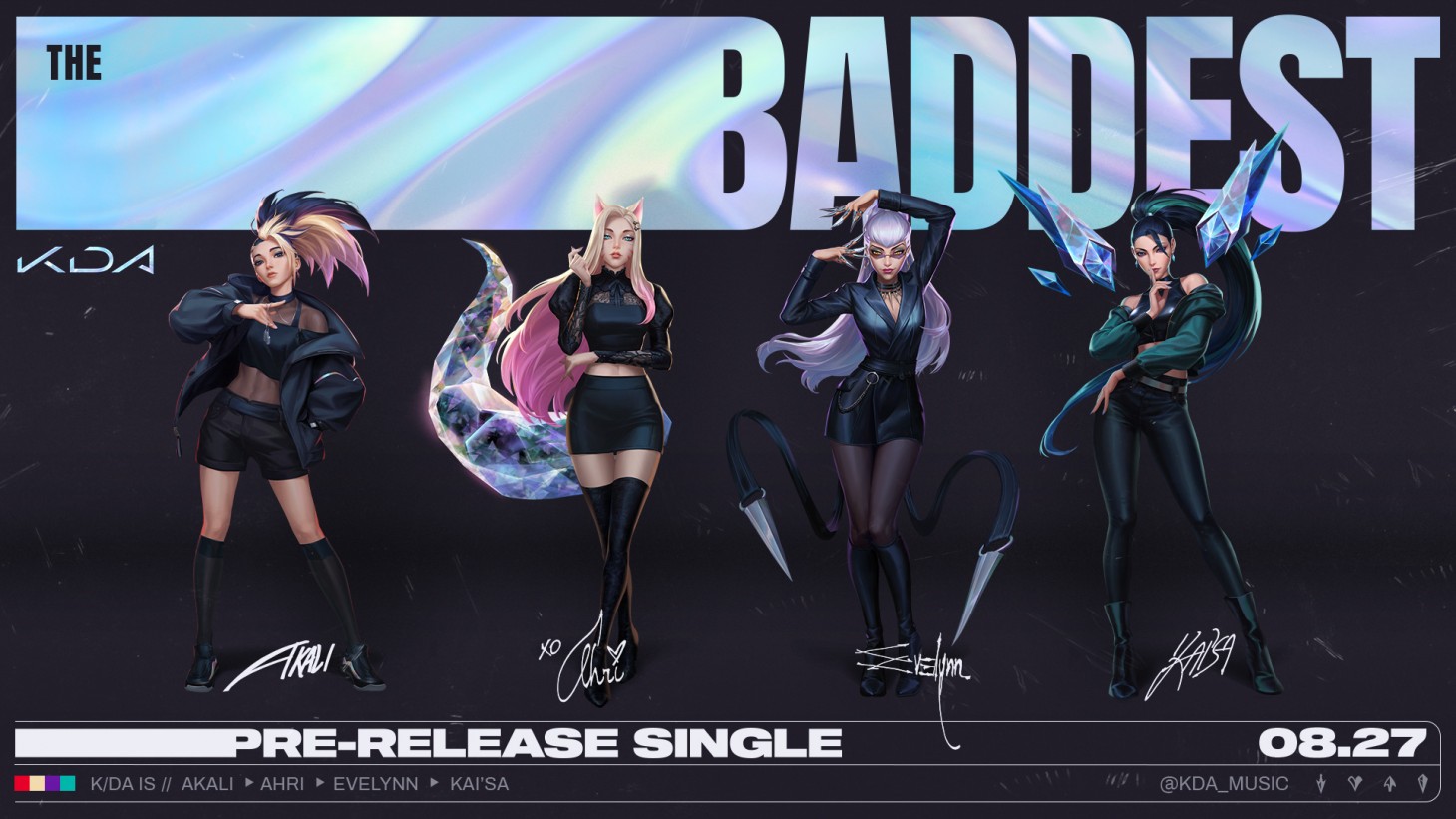 Ahri, Kai'Sa, Akali, and Evelynn are back! The League of Legends virtual pop group, K/DA, made waves with their 2018 debut single "POP/STARS,” which reached the top of iTunes K-Pop chart and Billboard World Digital chart. The music video that followed garnered over 340M+ views, earning K/DA the most successful debut for a K-Pop group in YouTube history, but can they strike gold twice? Today, the group made its comeback official, unveiling a new track called “The Baddest.”

“The Baddest” is now available for your ears, complete with a lyric video. The talent line-up for the song includes SOYEON and MIYEON of K-pop girl group (G)I-DLE, who performed on POP/STARS, alongside new collaborators, BeaMiller and Wolftyla. The single is a part of a brand new EP slated to hit later this year. And yes, K/DA are getting new outfits for the occasion.

“Ever since K/DA premiered their explosive track POP/STARS at the 2018 League of Legends World Championships, fans always ask what’s next for the group,” said Toa Dunn, Head of Riot Games Music in a press release. “We can’t wait for everyone to hear the new track today, followed by the EP later in the year, which is packed with tons of surprises for League of Legends and K/DA fans to enjoy."

We’ll be learning more about the full comeback campaign and new EP in the coming months.