Agent 47 begins a new assignment on January 20, 2021, and you'll find him sneaking in the shadows on PlayStation 5, PlayStation 4, Xbox Series X, Xbox One, Stadia, and PC (via the Epic Games store). Along with the release date announcement, developer IO Interactive also revealed the editions and pre-order bonuses that you can purchase.

You can grab the standard edition that just comes with the game, something I/O calls "nice and simple," or the deluxe edition that comes with a deluxe pack. The items in the deluxe pack are all over the map. You'll get Deluxe Escalations, a digital soundtrack, digital "World of Hitman" book, director commentary, deluxe suits and items, as well as the Trinity Pack of suits. You can also get the Trinity Pack by pre-ordering the game. Gotta say, Agent 47 looks pretty damn good in these striking suits. 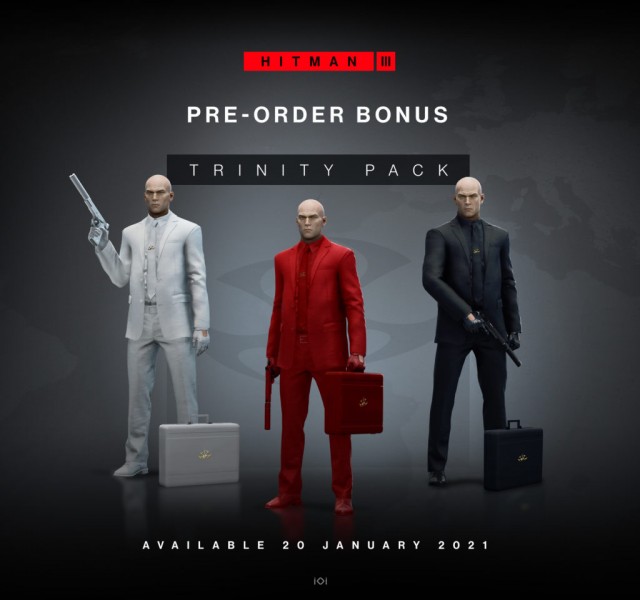 If you happen to purchase the PlayStation 4 version, but get a PlayStation 5 in early 2021, IO is offering a free next-gen upgrade. This also goes for the Xbox One version. You won't have to pay any additional money for the next-gen bells and whistles.