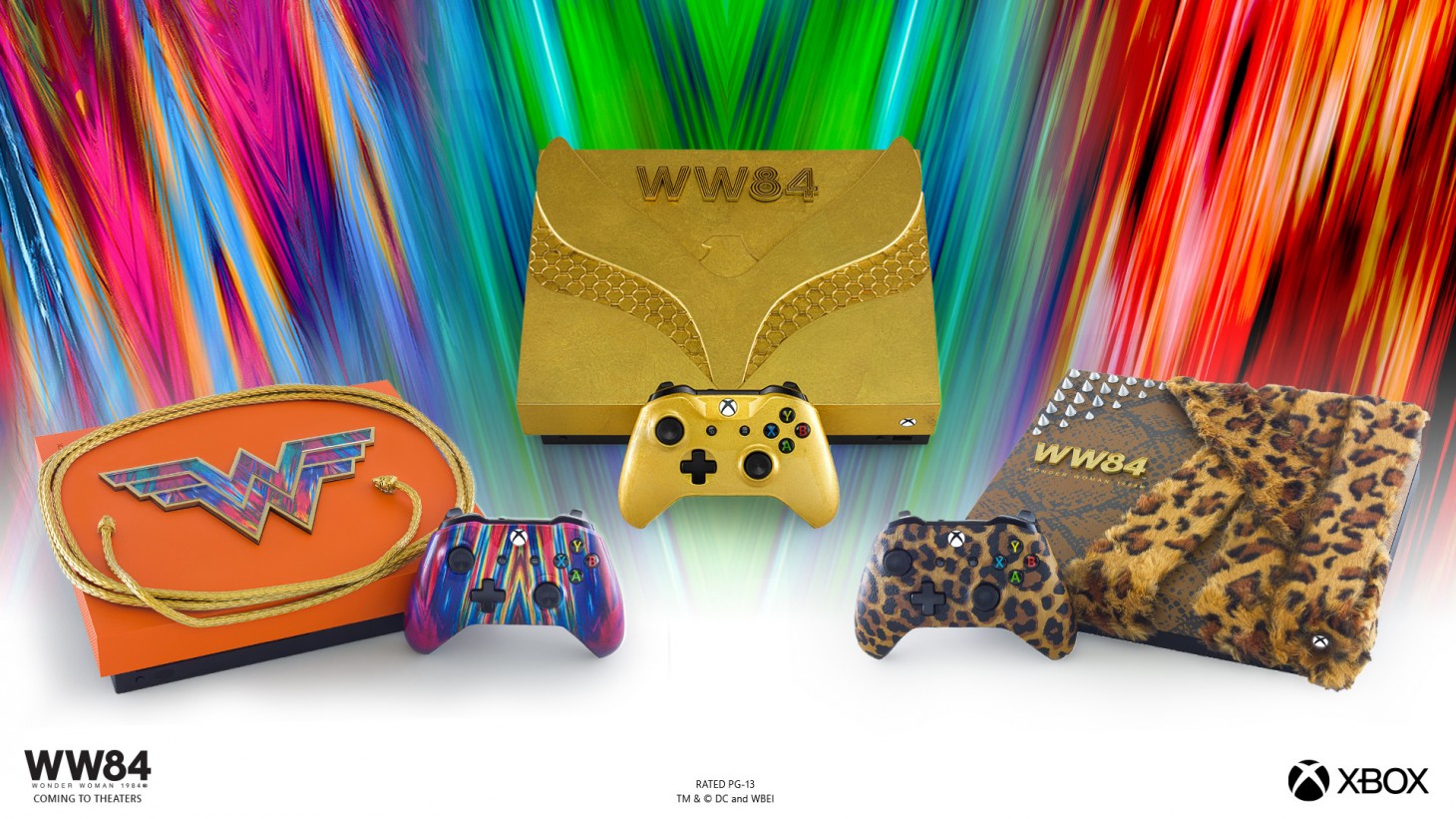 Microsoft today pulled the curtain back on three new one-of-a-kind Xbox One consoles, all to help celebrate the impending arrival of Wonder Woman 1984.

The Wonder Woman Golden Armor Xbox One X Console features 24-carat gold leaves, and the plan is for the console to be auctioned off to benefit Together for Her, a charity that focuses on a global response to domestic violence during the time of COVID-19.

In addition,  a new Wonder Woman Lasso of Truth Xbox One X console has been created, and is available to win by liking or retweeting the Xbox sweepstakes tweet beginning today, August 25, and running through September 17.

A third Barbara Minerva Xbox One X has also been created as part of the same Wonder Woman promotion, but doesn’t appear to be on auction or available for prize-winning.

Check out Xbox's official post for more on the partnership.