Elite Dangerous has continued to grow since its launch in 2014, and the next big evolution of the game is on its way in early 2021, with the release of Elite Dangerous: Odyssey.

While Odyssey focuses on a number of factors that aim to improve the player experience, including first-person combat and new social hub options, one of the biggest areas of focus appears to be the availability of on-foot planetary exploration. Odyssey aims to offer experiences that echo the first moments of Neil Armstrong on the moon, letting players rocket off to planets that have never been seen before, and explore their potential as the first people to visit them.

In a new video, we get to see a spread of what some of those planets may look like, from icy planets covered in snow, to rocky planets filled with canyons and mountains. The team is also focusing on making an experience that feels authentic within your space suit, like hearing the sound of your own breathing while walking around on a new sphere, where a thin atmosphere means you are one breached seal away from death. In another interesting detail, we also learned that it will be possible to sample the flora of planets you visit, and take those DNA samples back to space ports to trade.

Check out the full video below. Elite Dangerous: Odyssey is scheduled for release early next year , and is listed to appear on PS4, Xbox One, and PC. 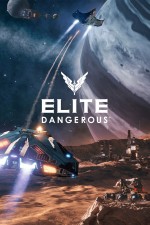