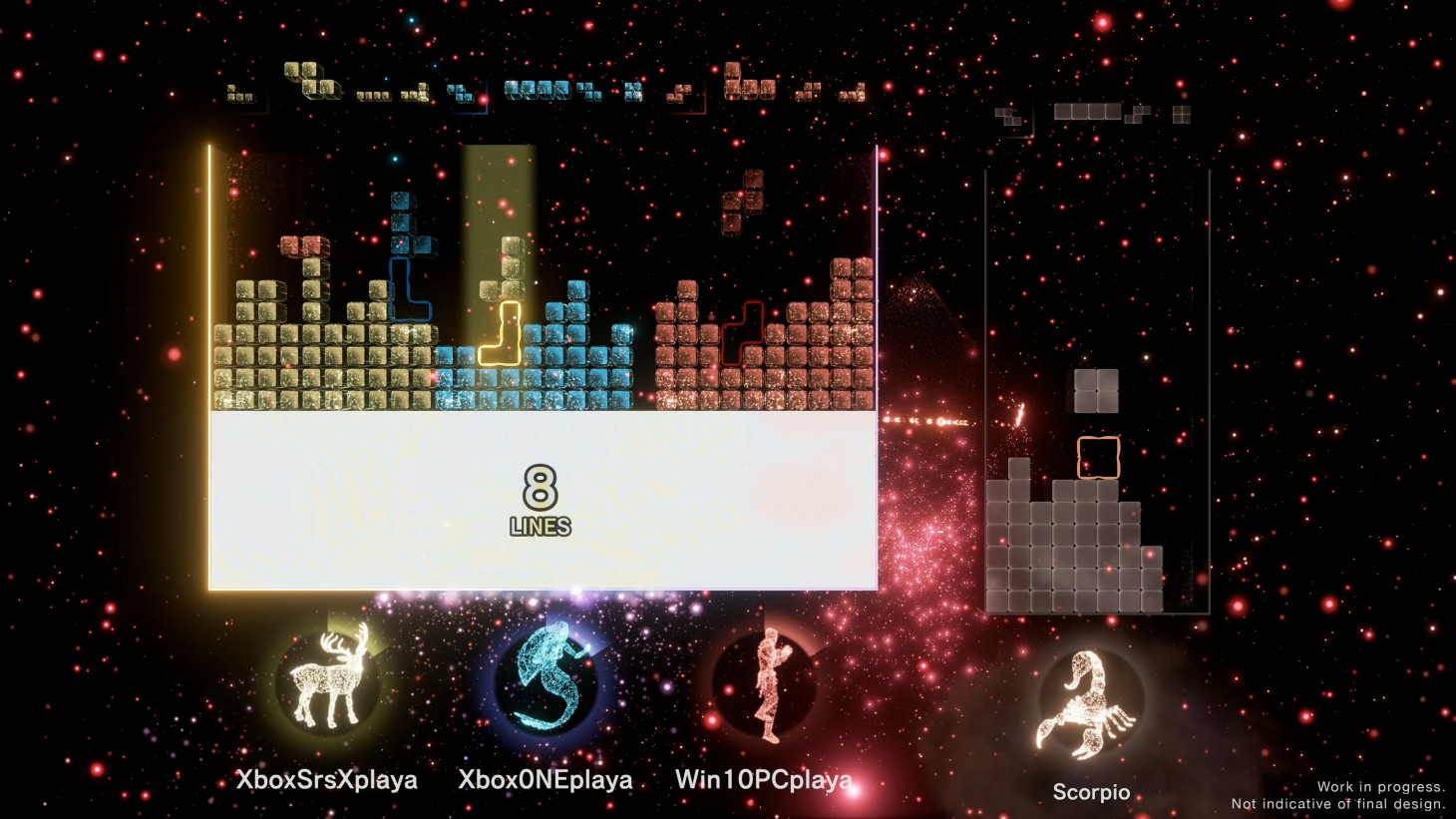 Microsoft today revealed a new iteration of a popular game – Tetris Effect: Connected – coming first to Xbox Series X, Xbox One, Windows 10 PCs, and Xbox Game Pass, and including Smart Delivery. Cross-play is supported between all Microsoft platforms. The new version of Tetris Effect will launch this holiday alongside the launch of the Xbox Series X.

Tetris Effect: Connected offers the same content as earlier versions, now optimized for 4K and 60 fps visuals on Xbox Series X and PC versions. But the bigger addition with Connected is the arrival of multiplayer. A competitive mode supports 2 players duking it out in modes like “Zone Battle,” which capitalizes on the time-stopping elements players have already seen in the original Tetris Effect. The game also feature the new Connected cooperative mode, where up to three players can join their playfields into one massive block-dropping space, and work as a team to defeat a series of bosses.

Later in the summer of 2021, these new multiplayer expansion elements will be added as a free update to existing versions of Tetris Effect, including on PS4, Epic Games Store, and Oculus Quest.