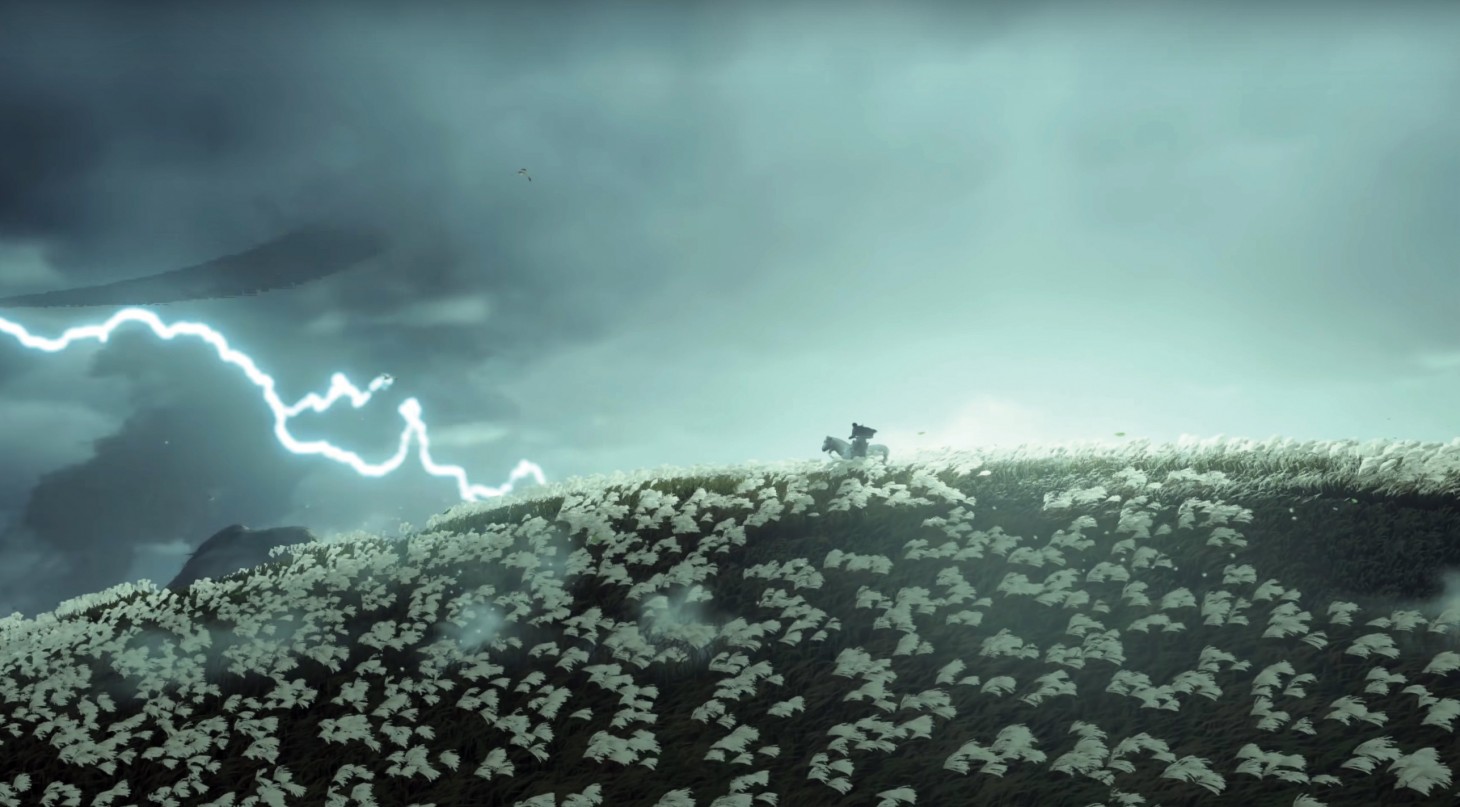 Players everywhere are sharpening their swords and getting ready to dive into Ghost of Tsushima (read our review). While part of the fun of the game is soaking up the atmosphere and discovering things for yourself, there are some questions you will want to know the answers to sooner rather than later. After spending many hours with the game, I’ve compiled some spoiler-free advice that should clear up any early confusion and help you get started.

The whole game is not like the first hour.
Ghost of Tsushima’s opening does not showcase the elements that make the rest of the game interesting. It almost has a “Let’s just get this over with” quality, introducing the story, characters, and mechanics in a concentrated, linear chunk. While that doesn’t help the game put its best foot forward, it also gets most of the structured hand-holding out of the way early. After the introductory sequence, you are free to roam the world, discover its secrets, and build your legend – and those goals are what Ghost of Tsushima is really about.

Choose your horse carefully.
Early on, you have the option to choose a color and name for your horse. This doesn’t have big gameplay or story repercussions, so you should choose what looks and sounds cool to you. However, these selections are permanent; you won’t be able to visit a stable later to customize your horse or anything, so make sure you pick a horse you want to spend many hours riding. 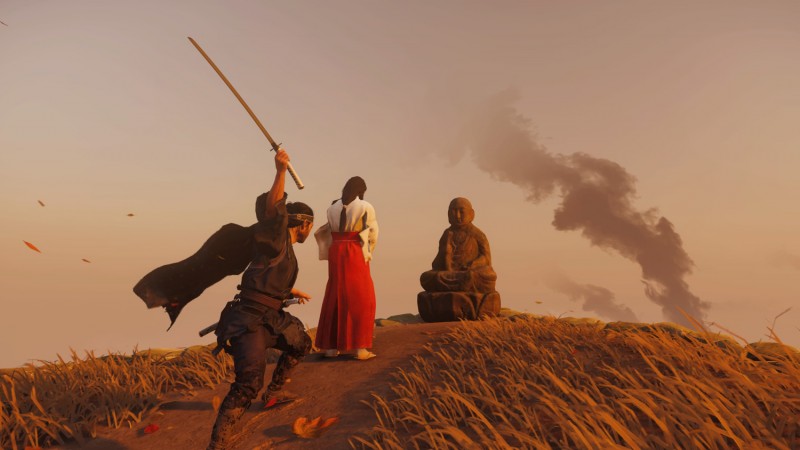 There is no “good” or “evil” path.
The narrative frames straightforward confrontation as honorable, and stealthy tactics as dishonorable. However, Ghost of Tsushima has no systems that make meaningful distinctions between the two approaches. You don’t have a morality meter that tracks your actions, and the game expects you to formulate a playstyle that blends elements of both “samurai” moves and “ghost” ones. In other words, just do what seems fun to you. Perform sneaky assassinations or participate in noble standoffs all you want. Even if the story makes it seems like you’re doing something evil, don’t worry about it.

The best offense is a good defense.
Don’t expect to button-mash your way to victory in battle. Combat in Ghost of Tsushima leans heavily on defensive moves, emphasizing dodging and parrying to create lethal opportunities to strike. So, when you’re surrounded by a group of enemies wielding different weapons, you might be better off countering their attacks rather than launching into a flurry of slashes. This doesn’t mean combat is only about holding block and waiting for something to happen; you have plenty of offensive options and ways to throw enemies off, but being defensive and deliberate is almost always a good place to start. 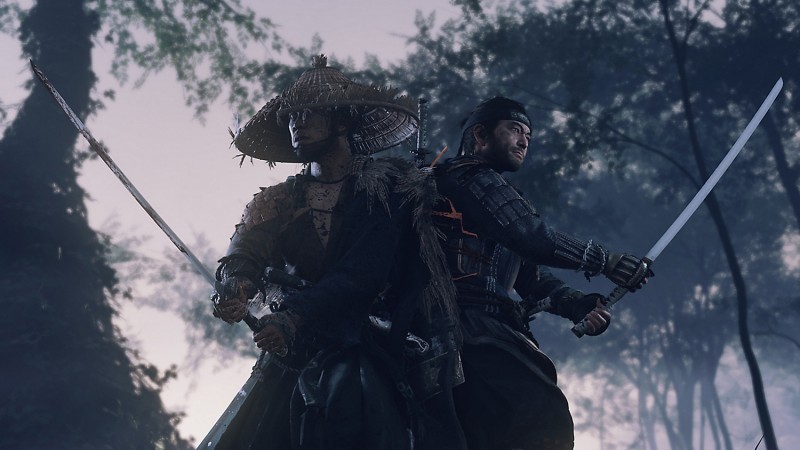 If you’re frustrated, take the easy way.
Before you gain your full suite of skills, items, and stances, combat encounters can feel punishing at times. Some people have a whole pride thing that prevents them from playing games on easier difficulties, which is fine. If that isn’t you, setting the game to easy can help you gradually get a better understanding for how battles work, and allow you to obtain the tools and techniques that let you make the most of combat. You can always make it more challenging once you get your bearings.

Don’t forget about quick-throw items.
If you feel overwhelmed in an encounter, remember that you have a limited supply of quick-throw items mapped to R1. I won’t ruin the surprise for what they all are or how they work, but they can help you stagger enemies, deal damage, and escape when you’re outnumbered. They are typically my “use in case of emergency” options, but you can make them a regular part of your arsenal if you don’t mind buying more ammo when you run low. 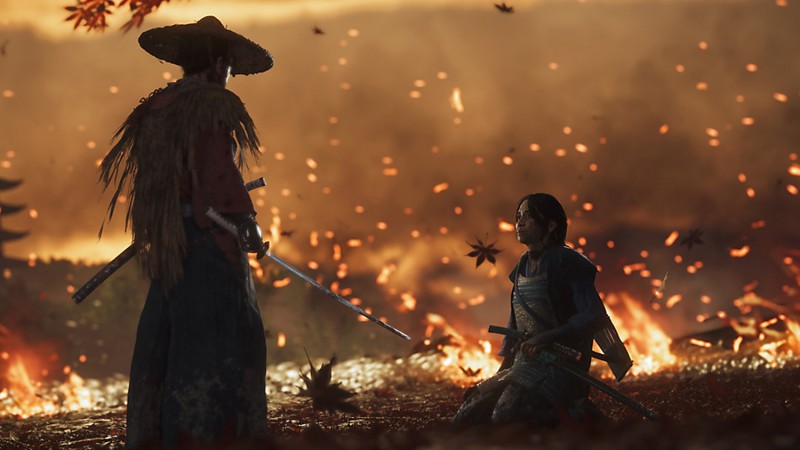 Double up on leaders to unlock stances faster.
Each leader you defeat in Mongol-occupied area rewards with you with one point toward learning your next stance. That is very good, because stances open up better options for dealing with specific enemy types; they are crucial, and give you maximum flexibility in encounters. But don’t just settle for killing leaders! In some cases, clearing an area includes an objective that encourages you observe or kill them – but you can (and should) do both. You’ll get two points toward your next stance that way – one for the observation, and one for the kill.

Focus on the main story, then allies.
Quests (or “tales”) are divided into three types: the first is the game’s main story, the second is focused on arcs for your allies, and the third is all about completing tasks for regular folks. You should concentrate your efforts on the first two. The main story is an obvious priority; it helps you reach new parts of the island and gives you a few automatic new tools and abilities. But before completing the big, climactic story mission for a region (you’ll know), you should also finish the available ally quests, since they are cool stories and help you get to know the people who will be fighting at your side in pivotal moments. As for the more general tales, you can go back and clean those up if/when the mood strikes you. 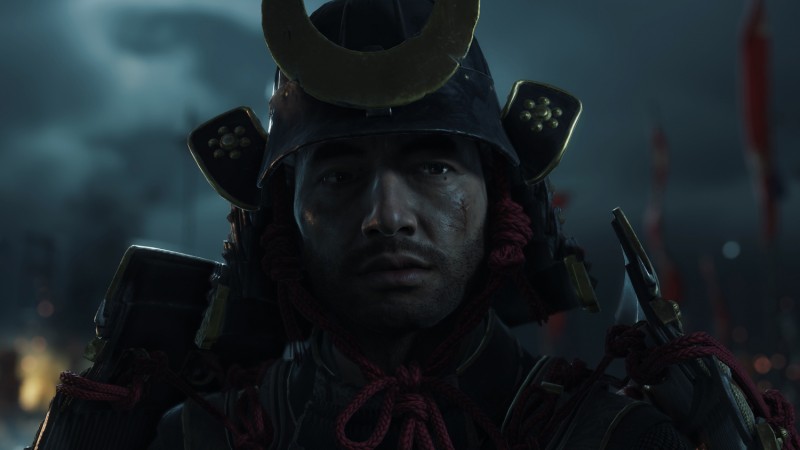 Change outfits to fit the situation.
You find different gear that you can equip and upgrade, and it isn’t all simply cosmetic. Most suits of armor have special properties suited to specific tasks. One might make it easier to sneak up on enemies, while another reduces the damage you take. Get in the habit of switching your armor to fit the mission; you can wear stealthy clothes as your approach an occupied farmstead, and if you alert the guards, switch to the suit that provides damage reduction. Or, if you’d rather explore than fight, you can wear the clothes that help you find artifacts and improve your ability to clear fog from the map. Bottom line: Don’t get too attached to one specific look.

Your flute can change the weather.
This feature is sort of buried, so it’s easy to miss it. By swiping left on the touch pad, you can play your flute. That’s simple enough, but what the game doesn’t explain is that your flute can magically change the weather, like calling a storm or clearing the skies. You unlock new atmosphere-altering songs by collecting crickets (usually found in graveyards), and you select which one Jin will play from the accessories menu. 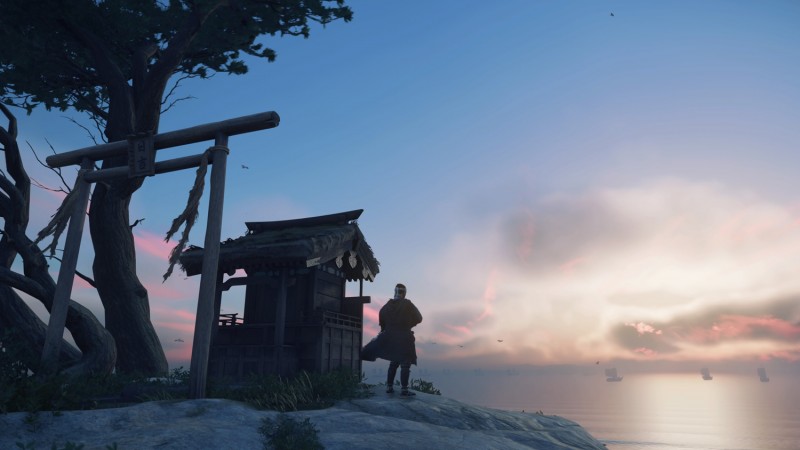 Pick up materials as you pass them.
The world is full of stuff you can grab, like flowers, metal, cloth, and more. It may be obvious, but make sure you do that, since you need lots of those things to upgrade your various weapons and gear. So scour villages, peek in tents, and keep your eyes open when you’re riding – you don’t even have to dismount your horse to pick up items on the go.

Following the yellow birds is worth it.
As you explore, you will probably notice a bright yellow bird flying around, making a distinctive chirp. These birds can lead you to new quests, cosmetic items, and undiscovered locations. Even better, if you’re close enough to see or hear the bird, whatever it is guiding you toward is not far away at all. With a few rare exceptions that require one special item, you’ll be able to reach anything the bird is excited about right away. So unless you’re in some kind of hurry, it’s worth your time to take a brief detour.

For more on Ghost of Tsushima, read Jeff Cork's impressions of the game's unique Kurosawa Mode.