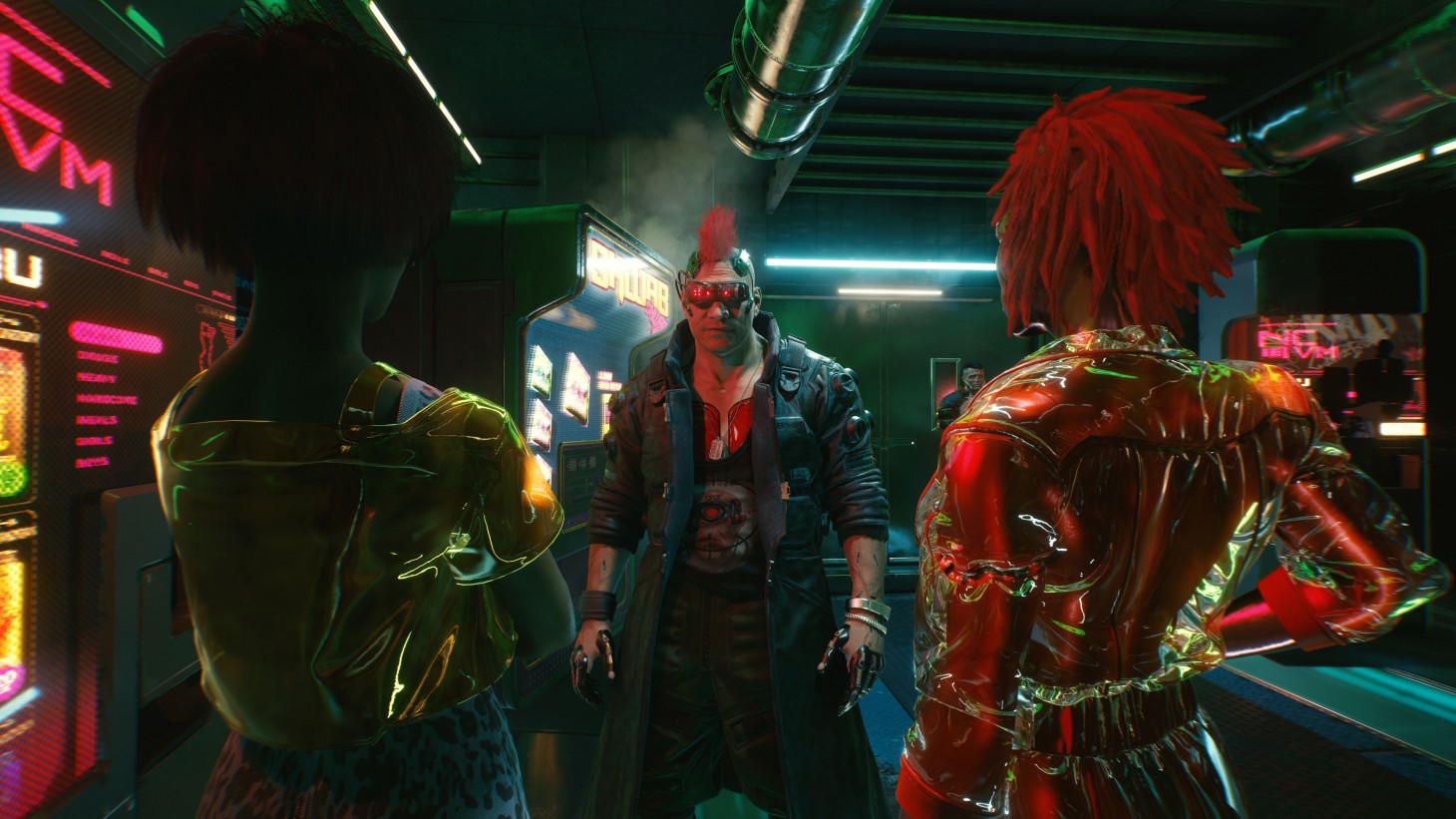 We recently had the amazing opportunity to go hands-on with Cyberpunk 2077, which you can read about in our full playthrough impressions as well as our biggest takeaways article. We also sat down with some of CD Projekt Red’s talented developers, learning more about their creative process and how they approached this ambitious project. One topic that consistently surfaced was the team's signature shades-of-gray storytelling and how it enhances the experience.

During our four-hour demo, we wrestled with who to trust, never feeling completely confident in our decisions or what the consequences would be. If you played CD Projekt Red’s Witcher series, you know this feeling all too well, but with each passing project, the developers only seem to be getting better at keeping you on your toes and making you second-guess your actions. To learn how much care and thought goes into these interactions, we asked lead quest designer Paweł Sasko for more insight into the complicated process.

“It’s a very complex thing,” Sasko says, laughing. “It’s very easy when you design things to just fall into one [extreme] or another, and this is how our production style comes into play.” According to Sasko, every quest gets created with the writer, quest designer, and cinematic designer working together and challenging each other to show different sides to the character. “We’re always keeping each other in check… to figure out the correct way to present elements or the character when you look at it from their perspective,” he says. “We always look at it from a perspective of balance.”

Sasko says it comes down to feedback from both designers and testers. If they feel strongly against a character, the designers come together to think of ways to better showcase the character’s point of view and give more context for their actions. Sasko worked on the famous Bloody Baron quest from The Witcher 3, where you find out the man who offered his hospitality to Ciri also has an abusive past. “One of our objectives was to find a parallel between Geralt as a father and Baron as a father, but also throw enough bad things in there so the player will like him and dislike him at the same time,” Sasko says. “This is what we are almost constantly playing with in Cyberpunk 2077, having it be like in real life where people say one thing and then do another.”

CD Projekt Red goes to great lengths to pull this off in its games, using body language and dialogue to throw you in different directions. Just like in real life, you can never really know someone’s true intentions or what they’re thinking. Cyberpunk 2077 offers a world of danger, where it feels like everyone is out for themselves, just waiting to pull one over on you. As customized protagonist V, you must try to navigate these shady people to the best of your abilities, and deal with the repercussions. “It might be that a character is speaking in a very convincing manner, but through the animations, through their poses, and through the setup of the scene, we are showing that the character is not like that,” Sakso says. 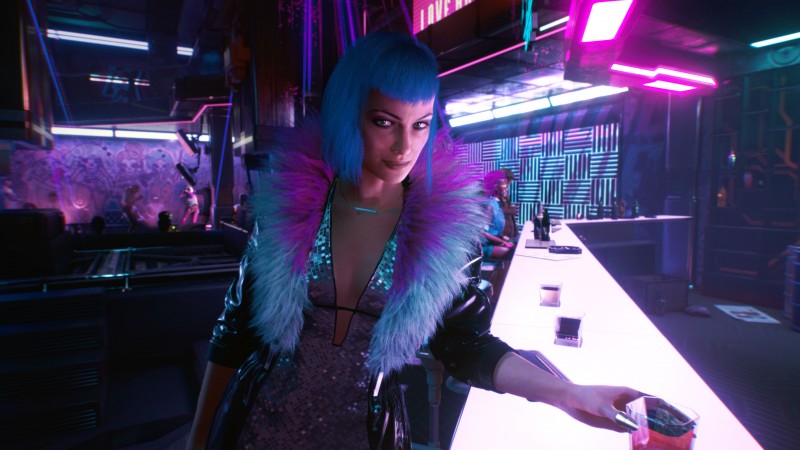 A character in our demo named Evelyn is a good example of this. Evelyn is shrouded in mystery when you meet her; she's a confident, charming young woman who contracted Dex, the fixer you get one of your first big jobs from. All your interactions with her prove she has some connection to Night City’s high circles, but every time you ask her questions, it feels like you’re only getting half the story. At one point, she offers to just cut Dex out of the deal so only you two split the riches. It’s suspicious, but then again, you don’t know Dex that well. Still, are you ready to cross a legendary fixer who could make your life hell?

“When you're meeting Evelyn in Lizzie’s [Bar], she's doing very specific things in the specific moments and there are things she is not certain about that she’s discussing,” Sasko says. “The way she's moving in that scene, that's specifically designed to present that character in the best possible way, and to give the player lots of different interpretations and hypotheses.”

Sasko says the team then throws in more potential clues to give players a certain perspective or vision of the character. Then in the next meeting with the character, the team tries to twist this a bit by adding more elements to the picture that test or confirm the player's hypothesis. It’s a tricky balance between conveying a sense of who that character is as a person, but also reflecting the complexity of people and their capacity to omit, forget, or alter details. After all, memory is a tricky thing, and people’s versions of events sometimes change as they relay them.

The audio and dialogue also play a huge role in uncovering new information and giving you different ways to interpret characters. “When you talk to the characters and ask more questions, they can actually throw things in that are contradictory or will give you some more clues to what they really think to make you question things,” Sasko says. “It’s just really fun because that makes the player be conscious and look at the characters. Of course, we cannot be all over the place with that, because if you go completely random, then it won't work. It has to be designed very specifically.”

People are complicated, multi-dimensional beings, and CD Projekt Red certainly likes to display that in its games. In Cyberpunk 2077, there are no correct answers – just a bunch of choices and seeing where they lead. Either way, we can’t wait to see more of the intriguing people and conundrums V will face.