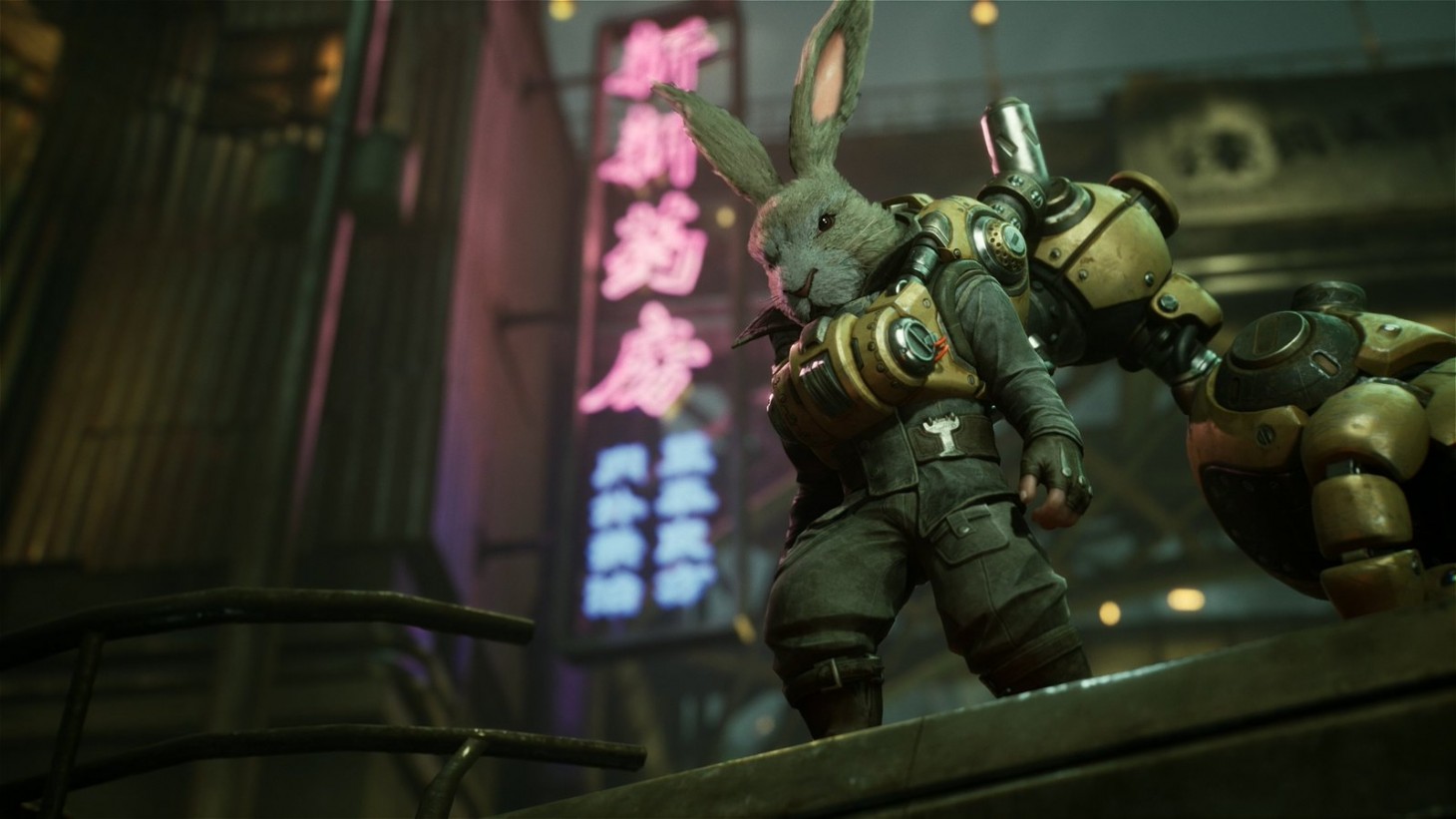 Today brought the reveal of F.I.S.T.: Forged In Shadow Torch, a new action/platformer from TiGames. With the help of Unreal 4, F.I.S.T. features a gorgeous dieselpunk aesthetic, showing off an industrialized world filled with anthropomorphic animals whose world has been overtaken by a malevolent machine legion.

Players take on the role of Rayton, a rabbit war veteran who dons a mechanized backpack suit that provides tremendous facility in battle. The suit can shift between a fist, drill, or whip attack form, giving Rayton different approaches to combat, from slow and devastating (drill) to fast and longer-distance (whip). Each weapon is built to allow for combo-heavy arcade-style combat against an array of mechanical enemies.

Beyond the 2D battles, F.I.S.T. is also billed as an exploration game, as Rayton makes his way through the interconnected city, so it’s fair to expect at least a bit of Metroid DNA in the mix.

F.I.S.T. makes a strong first impression. The visuals look great, the combat appears fast and reactive, and the world seems both charming and gritty. Take a look at the trailer below.

F.I.S.T.: Forged In Shadow Torch is planned for release on PS4 sometime in the next few months.