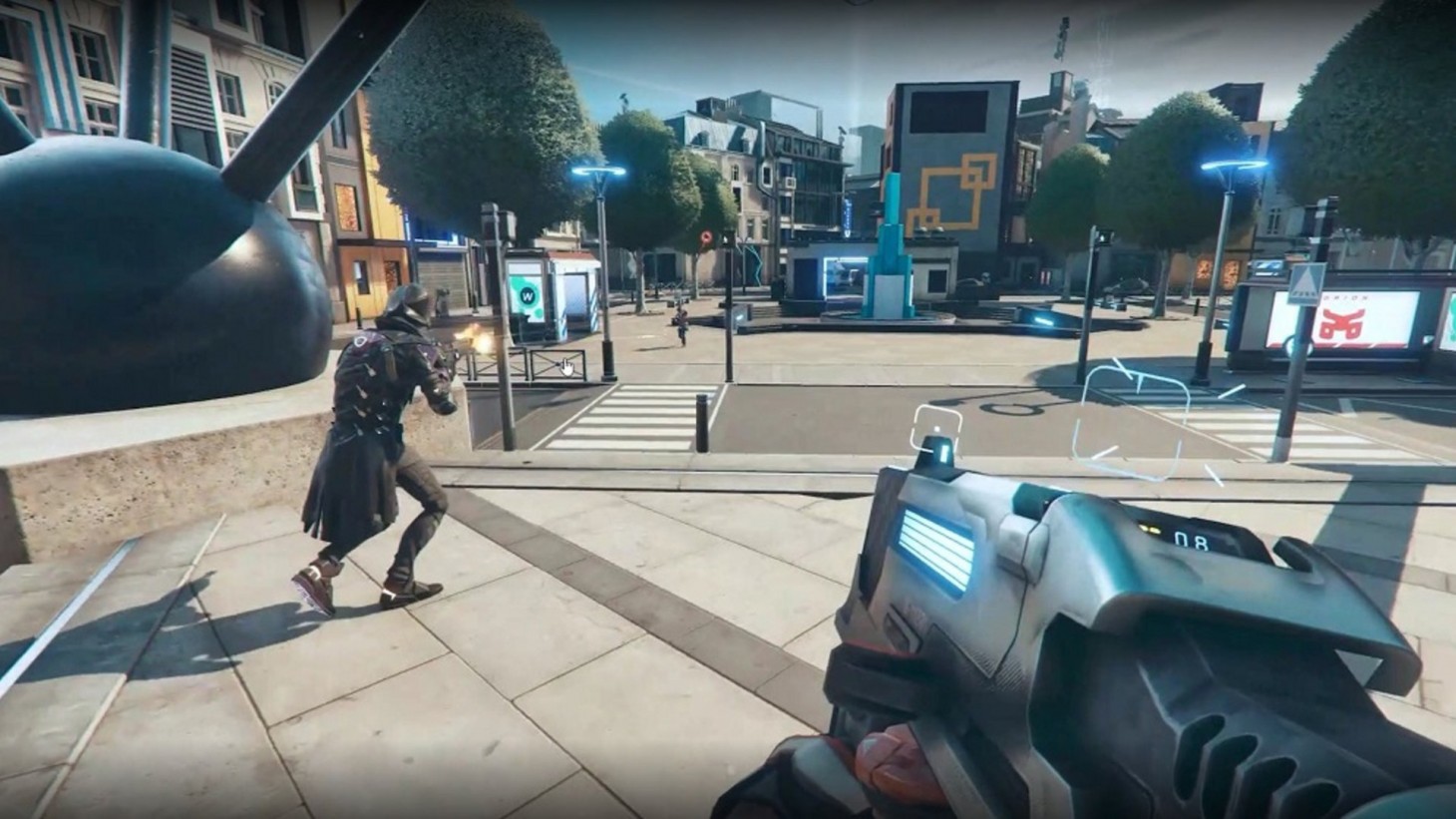 Following a leak that Ubisoft is working on a new Battle Royale called Hyper Scape, the company officially teased the project with a fake website for a company called Prisma Dimensions.

Prisma Dimensions' website features a letter from the company's CEO boasting about its work on "neural stimulation," which ends by teasing that people will soon be able to explore the neon-drenched streets of a virtual city called Neo Arcadia using an advanced Hyper Scape technology. We certainly don't know what to make of this at this point, but it sounds like we'll be getting more details on July 2.