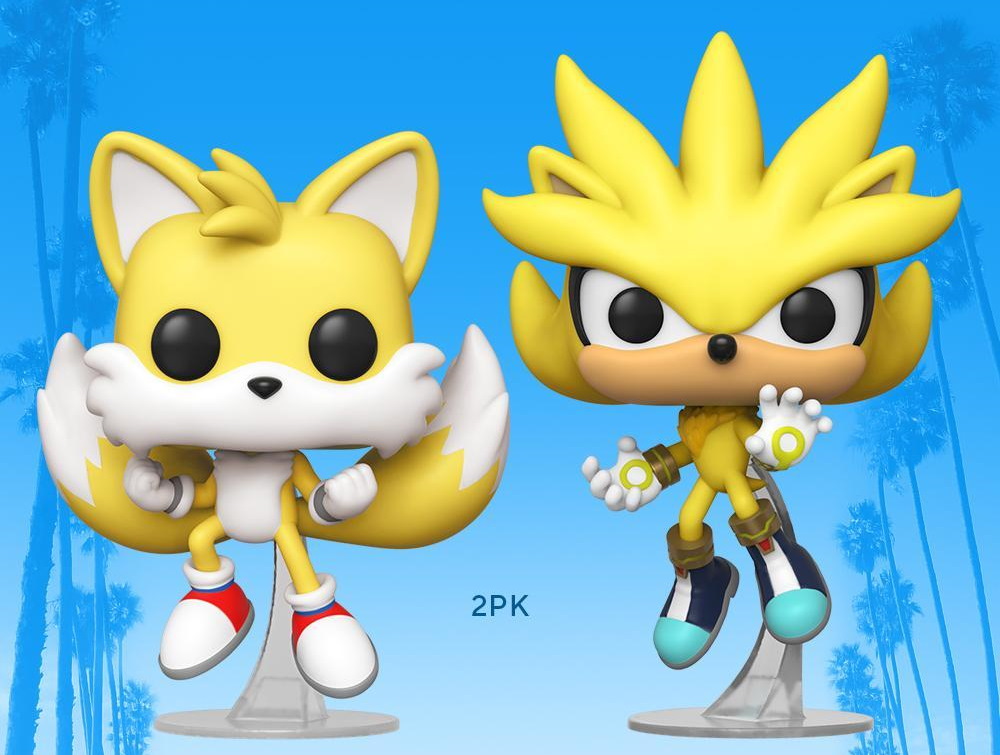 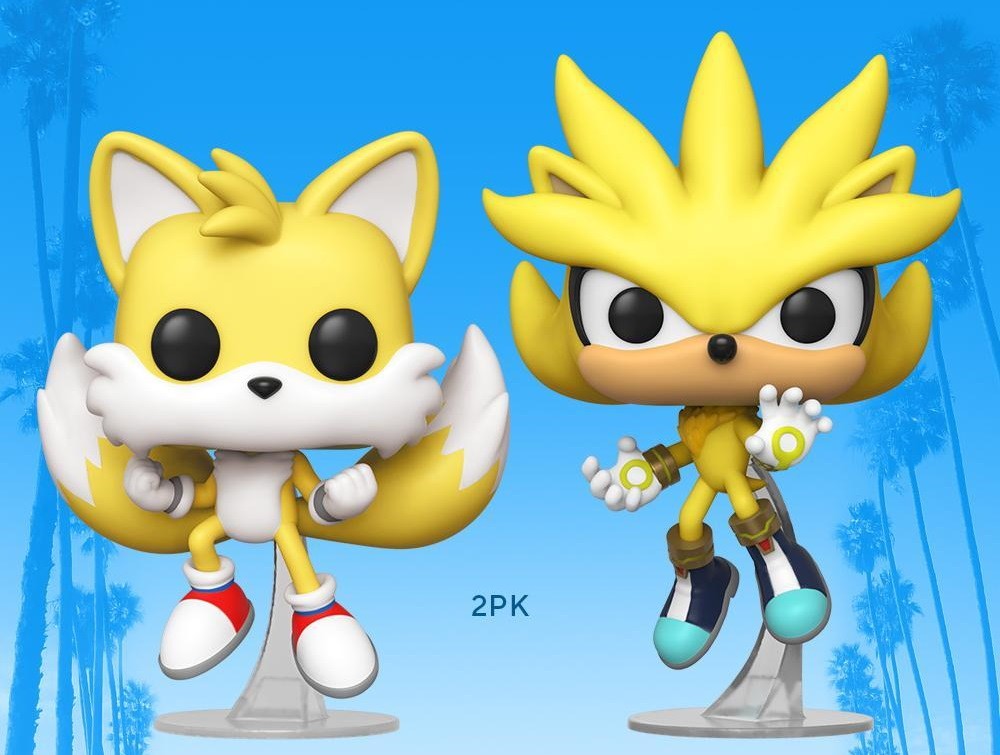 Funko has announced a Sonic the Hedgehog two-pack of Pop figures, as well as two new flocked Pokémon figures for this year's virtual San Diego Comic-Con. The Sonic bundle features Tails and Super Silver, while Pokémon fans can pick up flocked (or fuzzy) Mewtwo and Vulpix figures.

Prior to this announcement, Sonic fans have been able to collect two separate waves of Sonic Funko Pops. The first wave had less defined features, with Sonic, Tails, and Knuckles as the sole characters in the collection. The ongoing second wave of Sonic Funko Pops feature more modern and expressive designs and include two separate Funko Pops for Sonic (one with a Chaos Emerald, one with a ring), Super Sonic, Shadow, Dr. and Eggman. The wave has featured other limited edition Pops, including retailer-exclusive figures like a metallic Sonic, a glow-in-the-dark Sonic, and a version of Shadow holding a Chao. However, the rarest of Sonic's second Funko Pop wave is a Super Shadow figure, which was an E3 2018 exclusive.

As far as Pokémon goes, collectors have been able to thus far get their hands on three kinds of Pikachu (standard, waving, and grumpy), Bulbasaur, Charmander, Squirtle, Eevee, Pichu, Vulpix, Mewtwo, Mr. Mime, Rattata, Cubone, and Growlithe. To this point, only Pikachu, Bulbasaur, Charmander, Squirtle, Eevee, and Pichu have received special flocked versions.

In addition, Funko also announced new Funko Pops for Bakugo from My Hero Academia, Super Saiyan God Goku from Dragon Ball Super, Rippley from Fortnite, DJ Steve Aoki, Jack in Disguise from Jack in the Box, and a special SDCC Toucan figure that will be limited to 1,000 pieces and distributed exclusively through Comic-Con Museum.