Spy Thriller Operation: Tango Is All About Cooperative Play

Developer Clever Play wants you and your friend to team up as an agent and a hacker to save the world from evil forces in a spy thriller called Operation: Tango, slated to release in 2021 for PlayStation 4, Xbox One, and PC.

With both the hacker and agent working remotely on problems that help aid each other, communication between the two players is key, so much so that a microphone is required to play the game. In a post on PlayStation Blog, Clever Plays' game director Mattieu Bégin outlines just how wildly different both player roles are, saying "creating Operation: Tango has been like building two games in one, crafting a deep experience and robust gameplay for an agent who is physically within each location as well as for a hacker who has access to the far reaches of a digital infrastructure, unique to the network at each location."

Operation: Tango pushes players to infiltrate enemy strongholds, hack computers, break into secured rooms, and navigate areas filled with enemies and turrets. Many of the solutions push players to solve puzzles. Clever Plays is hoping to keep the puzzles fresh as the game progresses.

Bégin calls Operation: Tango a "feel-good spy-thriller adventure" that draws inspiration from Hollywood secret agent films. The trailer shows off plenty of the game's style, but doesn't give us a good look at how the hacker and agent roles meld.

We don't see many games that are built from the ground up to require cooperative play, which makes Operation: Tango quite intriguing. 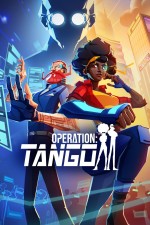