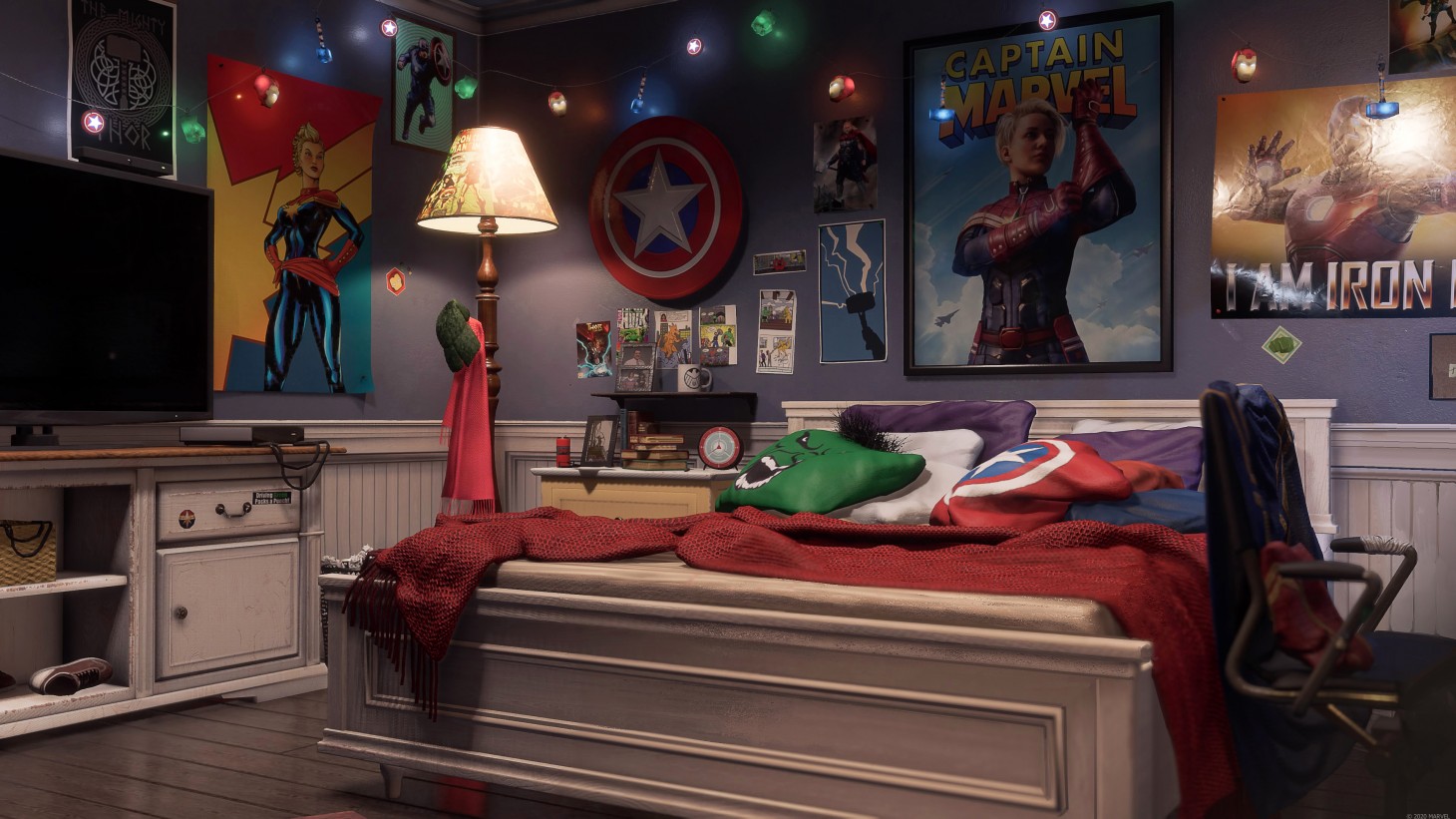 We knew Captain Marvel would be in Crystal Dynamics' upcoming Avengers game, but developer Crystal Dynamics hasn't been revealed if she's a playable character, and we also don't know what she looks like. Square Enix and Crystal Dynamics recently released two screenshots of Kamala Khan's home that people can use as backgrounds for video conferencing. The images seem fairly ordinary at first, but may actually be how we see Captain Marvel for the first time.

Both shots highlight Khan's appreciation of The Avengers team, but she's also apparently a big fan of Captain Marvel. Her bedroom walls are lined with superhero posters, including two of Captain Marvel, which you can see above. The Captain Marvel art on the left is from an actual comic book cover, but the poster above her bed appears to be new, and of an in-game character model. Additionally, it appears to be Carol Danvers.

Given what we know of the story and how the game begins, we doubt Captain Marvel will be a hero we are selecting from the outset of play, but there's a chance she could be woven into the narrative as it unfolds. She could also be a character that comes later through DLC. What are you thoughts on the character design shown on the poster? Leave them in the comments section below.