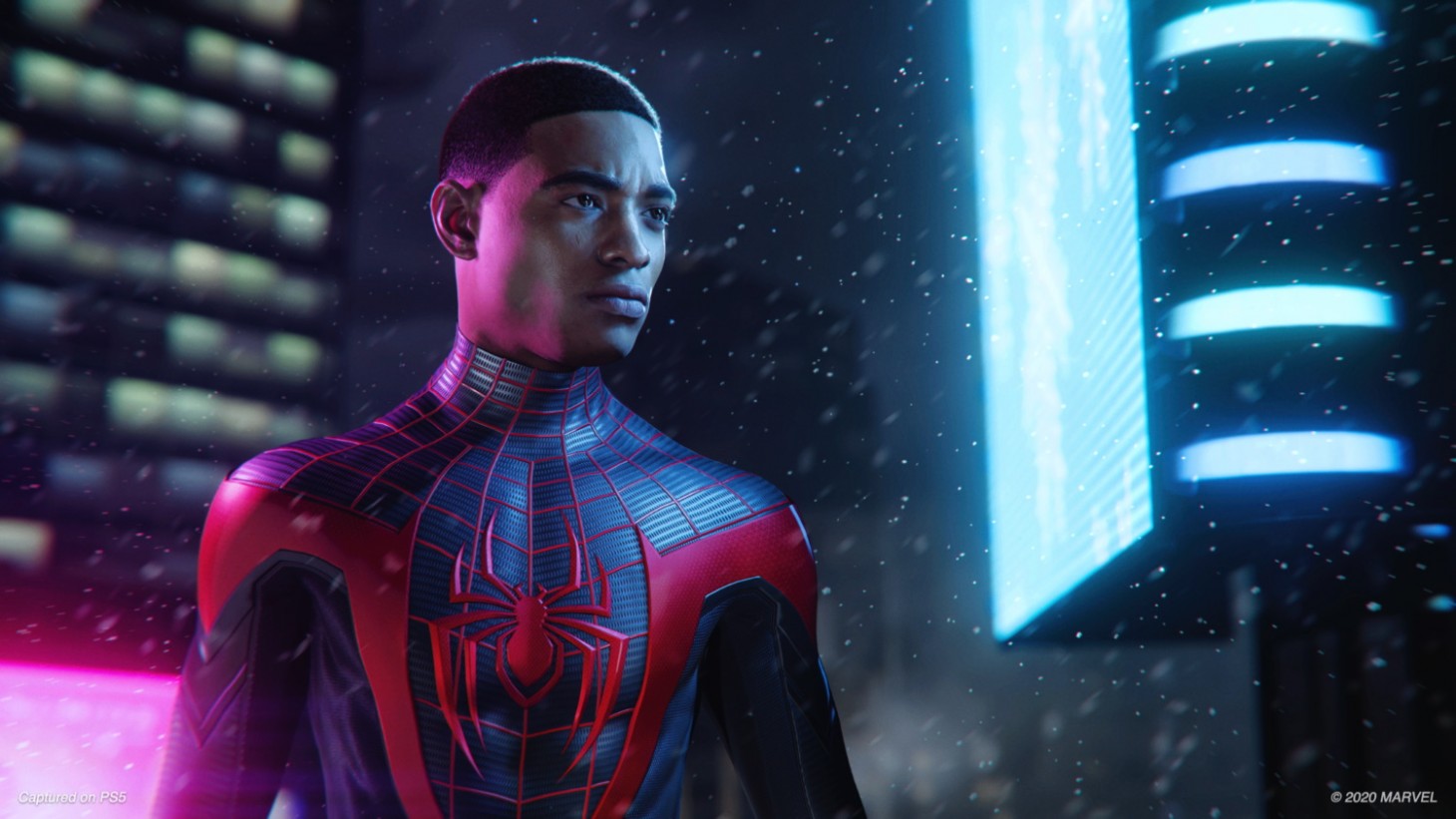 During Sony's PS5 reveal, Insomniac showed off its next Spider-Man project, another open-world superhero romp starring Miles Morales. During this opening reveal, we could see Miles talking to Peter before the mask rips off his face and then we see Miles swinging through the city as Spider-Man.

If you saw Spider-Man: Into the Spider-Verse, then you're already familiar with at least one version of the character. In the comics, Miles was created by Brian Michael Bendis Sara Pichelli, and he debuted in Ultimate Fallout 4 in 2011. Miles ultimately replaced Peter Parker as Spider-Man in the Ultimate universe and was eventually brought over to Marvel's main continuity in 2015.

This is the first time that Miles will be playable as Spider-Man in a game, and we're excited to see how Insomniac interprets many of Mile's powers. For background, Miles's powers are similar to Peter's in that he has enhanced strength and agility, can adhere to walls, and has a spider-sense that warns him of immediate danger. However, Miles was bitten by a slightly different genetically engineered spider than Peter, so he has a couple of additional abilities. For one, Miles can camouflage himself, making himself effectively invisible. Miles also has a "venom strike" that temporarily paralyzes anyone he touches.

Insomniac's new Spider-Man: Miles Morales is a Sony exclusive and will be coming to the PS5 this holiday. Nuff said.