Bungie has remained very quiet on the subject of what’s coming next in Destiny 2, even with the impending arrival of a season that is scheduled to begin today. In a live stream to kick off that new season, the developer has at long last pulled back the curtain on the current content – entitled the Season of Arrivals – and also shared a much longer term plan for this autumn’s expansion, which will be called Destiny 2: Beyond Light. And if that wasn’t enough, we also got a tease for the longer term trajectory of the storyline and adventure, with names for the expansions releasing in 2021 (The Witch Queen) and 2022 (Lightfall).

After a pre-show that highlighted Bungie's challenges in working remotely in recent months, and the shifts that the team has made to its teamwork and charitable giving, the timer ended and the stream got started. But that stream  began on a somber note, with Bungie taking time to acknowledge the death of George Floyd, with a nearly 9 minute period of silence, in line with the period of time that Floyd had a knee pressed into his neck, leading to his death.

After the extended silent pause, the stream shifted to its expected focus on the new aspects coming to Destiny 2. We got a trailer and an announcement of release date for Destiny 2: Beyond Light, which will arrive on September 22. In addition to revealing Europa (the new Destination) the big reveal was the return of the Stranger, a character not seen since the original core game of the first Destiny.

We got a good bit of detail about the season that begins today. Season of Arrivals (the game’s eleventh season) focuses on the long-hinted arrival of the Pyramid ships in our solar system, and will see Guardians fighting in the literal shadow of these ships, with new public events on the moon of Io. Players will also begin to discover “Messages of Darkness” on Io over the course of the season, which presumably begins to offer some clues into the nature of this force that has been teased since the launch of the franchise in 2014. Players will also have the opportunity to dive into a new dungeon, launching later today. The Prophecy dungeon (launching today at 5pm Pacific) will offer up the new DAITO Foundry armor, as well as reprised versions of the armor sets from Trials of the Nine, and the broader focus of the Dungeon is on the fiction elements surrounding the mysterious group called The Nine.  In a separate note to media, Bungie also detailed a new approach to rewards in Season of Arrivals; players will be able to “focus” new engrams, helping to choose and fine-tune the nature of their rewards.

On the subject of rewards, we also learned the name and nature of one of this season’s new exotics, which instantly unlocks for season pass owners. Witherhoard is an exotic grenade launcher.

While Season of Arrivals is clearly meant to be a transition season into the next major arc for Destiny 2, this fall’s Destiny 2: Beyond Light is a full-fledged expansion that aims to dramatically change the game. Today, we learned that players will face a new enemy threat above and below Jupiter’s frozen moon of Europa. Europa will be an entirely new destination, which includes glaciers, a lost Braytech facility, and other mysteries, as well as a new six-person raid far beneath the surface, called the Deep Stone Crypt.

In keeping with the expansion’s name, Beyond Light also introduces a new power source that is rooted in Darkness. Stasis is a new elemental power in the same vein as the Arc, Solar, and Void power sources that players have utilized thoughout the life of the franchise. While we know that Stasis will be used differently by Warlocks, Titans, and Hunters, Bungie is holding off on additional details until later in the summer.

Finally, Beyond Light also offers a big new development for one of the central enemies we already know – the Fallen – as a new leader rises in their midst. After numerous setbacks that Guardians have inflicted on the Fallen over the course of the Destiny storyline, the remnants of those scavengers will now unite under a Kell named Eramis. As the fiction has long suggested, Eramis once wielded the Light as Guardians do, before she was abandoned by the Traveler. We can only hope that we’ll finally learn more about that previous dynamic and the earlier history of the Traveler, and what really led the Fallen to acquire their name.

We got a glimpse of some of the gameplay on Europa, including a look at the new Stasis power source. Subsequently, an extended video helped to chart the top-level story points from the entire life cycle of the Destiny franchise. Bungie's Luke Smith and Mark Noseworthy spoke about some important changes planned for the game, including a move away from some of the FOMO, and changes to the quest log.

In today’s stream, Bungie also offered next to no detail about later plans for Destiny 2, but simply by offering names and time frames, we can draw some important conclusions. First, unlike Destiny 2’s launch in 2017 after a three-year life-cycle for the first game, Bungie has no immediate plans to move on to Destiny 3. Instead, Destiny 2 will remain the central platform for some time, likely at least until the autumn season of 2023. Bungie also committed to the idea that each of the expansions will feature a brand-new destination. The names of the intervening expansions are also important. The Witch Queen, coming in 2021, is a reference to Savathûn, the sister of Oryx; her manipulations and deceptions have been a big part of the lore in the last few years. The name, The Witch Queen, echoes The Taken King name, when we fought and defeated her brother. Lightfall, the 2022 expansion, suggests dark times ahead for the Guardians and the Traveler – at least if we take things at face value. Given that this fall will see our Guardians already flirting with calling on powers of Darkness, it’s not hard to imagine that the storyline is going to be taking some bleak turns over the next few years of gameplay.

Beyond specific expansions, we also garnered some intriguing details about broader aspects of the game, including next-gen plans for Destiny 2. The next-gen version of the game will run in 4K and at 60 FPS, and if you have any existing Destiny 2 content (including this fall’s Beyond Light expansion) you’ll be able to take that with you, for free, to next-gen. The game will feature inter-generational cross-play within console families. So, PlayStation 5 players will be able to play with PlayStation 4 players, and Xbox Series X players will be able to play with Xbox One players.

And what about cross-play outside of console families? Bungie is remaining cagey, but they are exploring the concept. If it does come, it will be after this year.

And, last but certainly not least, Bungie has some dramatic plans for how it handles its older destinations moving forward, as destinations from earlier installments are reintroduced, and existing destinations in Destiny 2 are shuffled out of circulation and put into what they’re calling the Destiny Content Vault. Mercury, Io, Titan, and Mars are all scheduled to enter the vault in Year 4, while the new Europa destination, an enhanced version of the Cosmodrome (and some of its related strikes) from Destiny 1, as well as the Vault of Glass, will all come back into circulation in year 4.

It’s a lot of content to digest, but it’s clear that Bungie has some big plans for how to shepherd the Destiny franchise over the coming years. In the meantime, we’re eager to see how this current season plays, and like all the rest of the Guardians out there, we will be checking that out over the coming days. 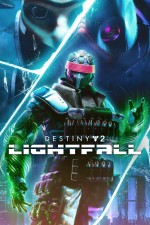