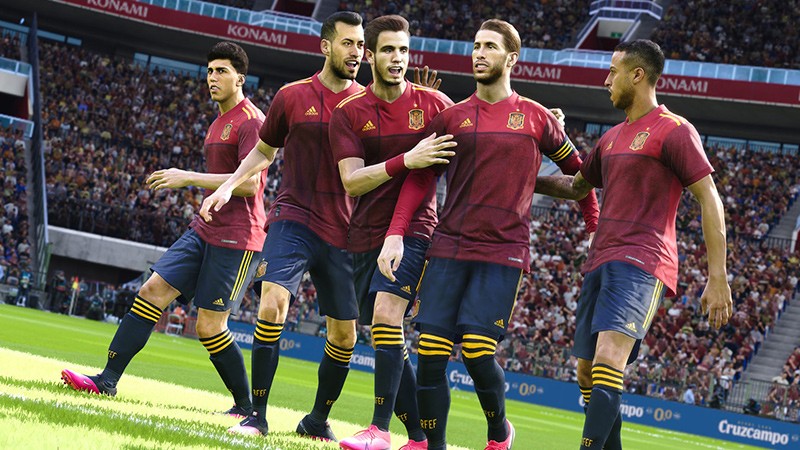 COVID-19 has decimated real-life sports leagues and events across the globe, including the cancelation of the UEFA Euro 2020 soccer tournament this year (it's being moved to 2021). Before last year's eFootball PES 2020 game was released, Konami announced that it had scored the exclusive license for the prestigious event, but the global pandemic put a dent in the company's plans to capitalize on the tournament. In April, Konami announced it was delaying the release of its planned Euro 2020 content for PES 2020, but today it says it will be coming on June 4 via Data Pack 7.0.

The free content is largely the same as what would have been released if COVID-19 never happened, except the official Team of the Tournament will not be happening, and as of the time of this writing, it looks like the Euro 2020-branded, limited-edition retail version of PES 2020 is also off the table.