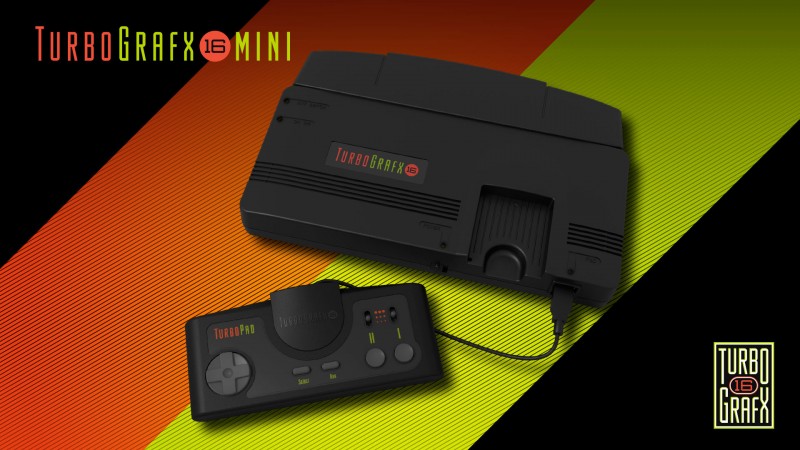 NEC’s swing at entering the console market may not have connected with Western audiences, but the TurboGrafx-16 remains an interesting relic of the late ‘80s. Despite beating the Genesis to market in Japan, being the first system with a CD-ROM attachment, and having a portable counterpart that played console software, the TurboGrafx-16 ended up an also-ran in the 16-bit battle. And that’s a shame, really. It was home to some great software, with an enviable lineup of arcade shooters and standouts like Castlevania: Rondo of Blood and the Bonk series. Players who never got a chance to play the system now have a great option with the release of the TurboGrafx-16 Mini, a downsized version of the console with a large library of retro games.

What’s In The Box?

The TurboGrafx-16 Mini follows the lead established with other mini consoles out there. The box is designed to match the original hardware, with the same graphic design you would have seen if you’d picked it up back in 1989. Inside, you get the mini console, a USB controller, an HDMI cable, and a USB power cable. You have to supply your own AC plug, since it’s literally just the power cable. That’s nothing new for electronics, but it’s still disappointing.
The console itself is fairly large, nearly double the size of the NES Classic. It’s a faithful recreation of the original hardware, down to the large removable back cover, which originally hid the system’s expansion port. Here, it lets you thread the video and power cables through the back. It’s a cute touch, though I ended up just keeping it off. The controller is similarly faithful, featuring the distinctive adjustable rapid-fire buttons for the I and II buttons. The controller cable is quite generous, at nearly 10 feet in length. You also get a bare-bones instruction manual, in case you need help setting it up. It’s as simple as plugging it into your TV via HDMI and powering it on, however.
You only get one controller in the box, but you can purchase extras for $24.99 each. You can also pick up a Turbo Tap adapter for $29.99, which lets you connect five more controllers to the system. As you might imagine, supporting a full crew for some Bomberman is a pricey proposition, but it’s an option if you’re so inclined. 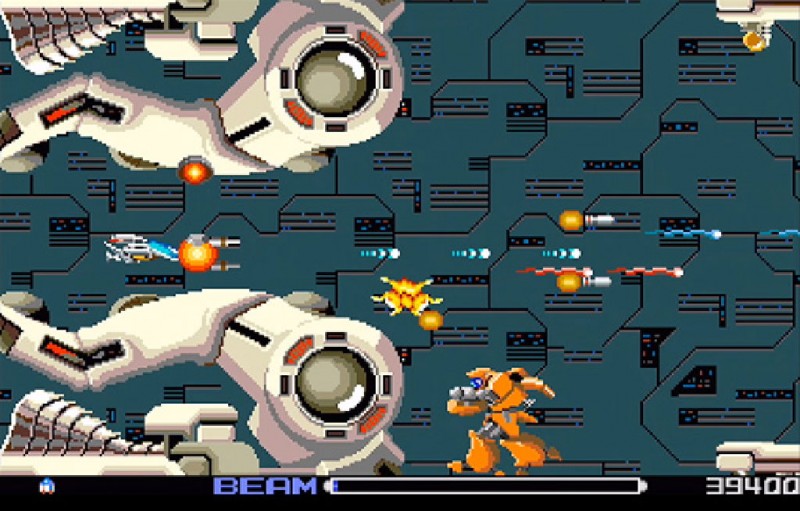 Once you plug it in, you’re greeted with an attractive game-selection menu accompanied by peppy music. Each title is represented by its original North American cover art, which includes some truly tragic artistic decisions. Oddly enough, the original art for New Adventure Island is replaced with text over a plain background. The game is still fun (regardless of how it’s presented in menus), but this decision breaks up a generally consistent presentation.
The usual retro console bells and whistles are present, as well. You can choose from a variety of aspect ratios, and also enable a filter that simulates a CRT display. My favorite is a frame that simulates playing games on a TurboExpress handheld, complete with a filter that does a solid job of recreating its LCD screen. While playing games, you can access a system menu by pressing the select and run buttons simultaneously. Here, you can save and load your progress in one of four slots for each game, reset the game, or return to the system menu. The only time you need to interact with the mini console itself is by powering it on or shutting it off. 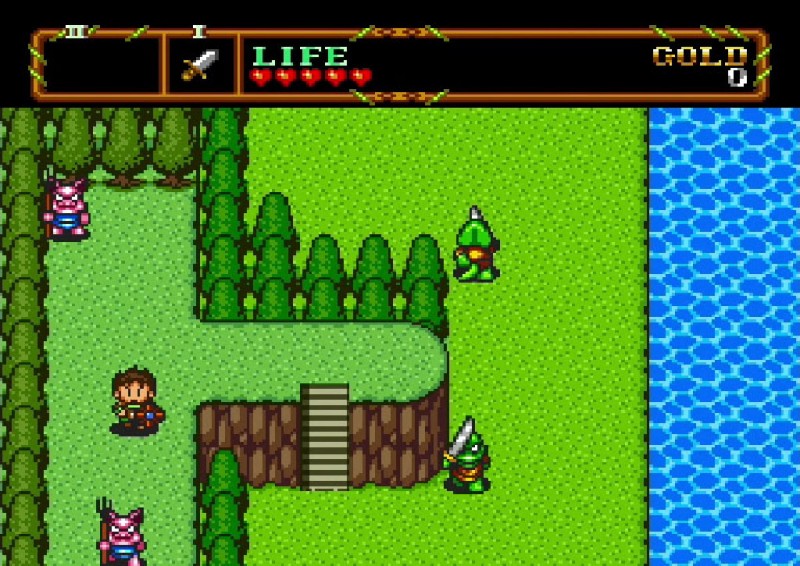 The TurboGrafx-16 Mini includes 57 games, which is one of the beefier rosters we’ve seen in these mini consoles. That number is split into two libraries: 25 of the games are North American TurboGrafx-16 releases, and the remaining 32 are from its Japanese counterpart, the PC Engine. You navigate between those libraries in the main menu. It makes sense, but it also adds an unnecessary extra step when you’re bouncing between games.

When I say they’re the Japanese releases, that’s exactly what I mean. The games aren’t localized in any way; you’re getting the same experience you would have gotten had you imported the games when they were originally released. Games like Gradius II or Bomberman don’t lose much in the translation, but it’s something you should be forewarned about if you saw this as an opportunity to play Hideo Kojima’s Snatcher. Unless you’re fluent in Japanese, the dialogue-heavy titles require access to a translation guide or a patient bilingual friend. 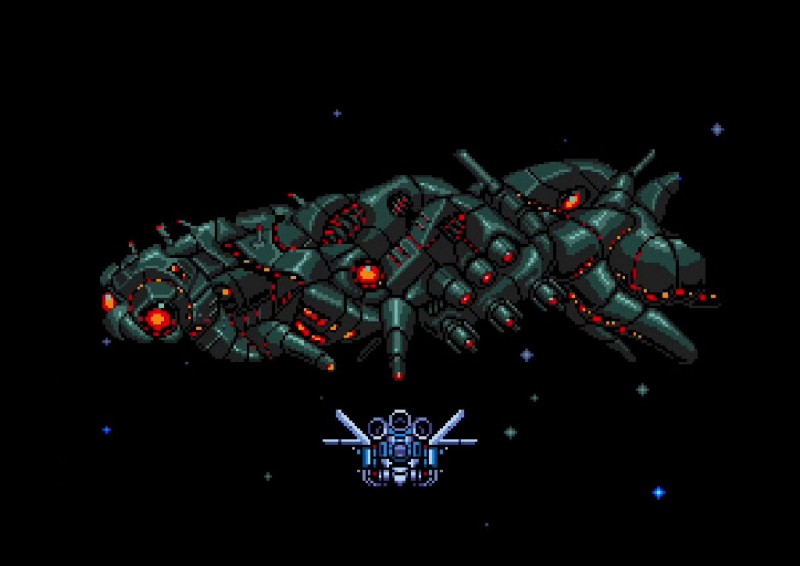 With that caveat out of the way, this is a great selection of games. Unlike some of the other titles in other retro consoles, many of these have either been hard to track down or would have been cost prohibitive to pick up on a game-by-game basis. Unless you had the foresight to download these when the Wii’s Virtual Console was still around, you may not have had a chance to play things like Air Zonk or Blazing Lazers – games that absolutely deserve your attention.

It’s easy to look at a list of games and dwell on what isn’t included, but overall the selection is remarkable, both in scope and variety. 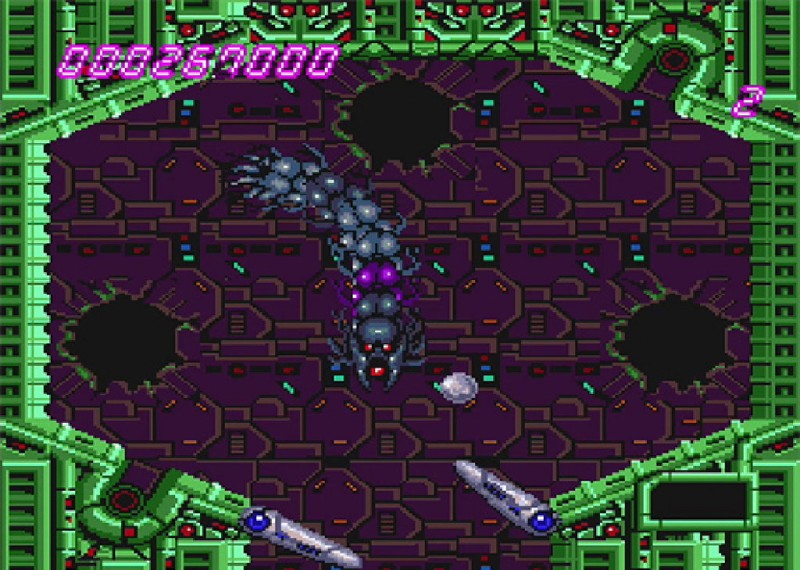 The TurboGrafx-16 Mini is a great collection of games, and a glimpse at a console that never really had a chance. There are several clunkers on the roster, but even those are never boring. I probably never would have played the Japanese game The Kung Fu if not for the mini, which meant I would have missed a hilariously inept attempt at a side-scrolling fighting game. I had a great time laughing at its awkward enemies and animations, and recycled boss battles. On the flip side, there are a lot of hidden gems in the collection. In particular, the selection of 2D shooters is unparalleled. If that’s a genre that appeals to you, this is probably going to be the best $99 you’ll ever spend.