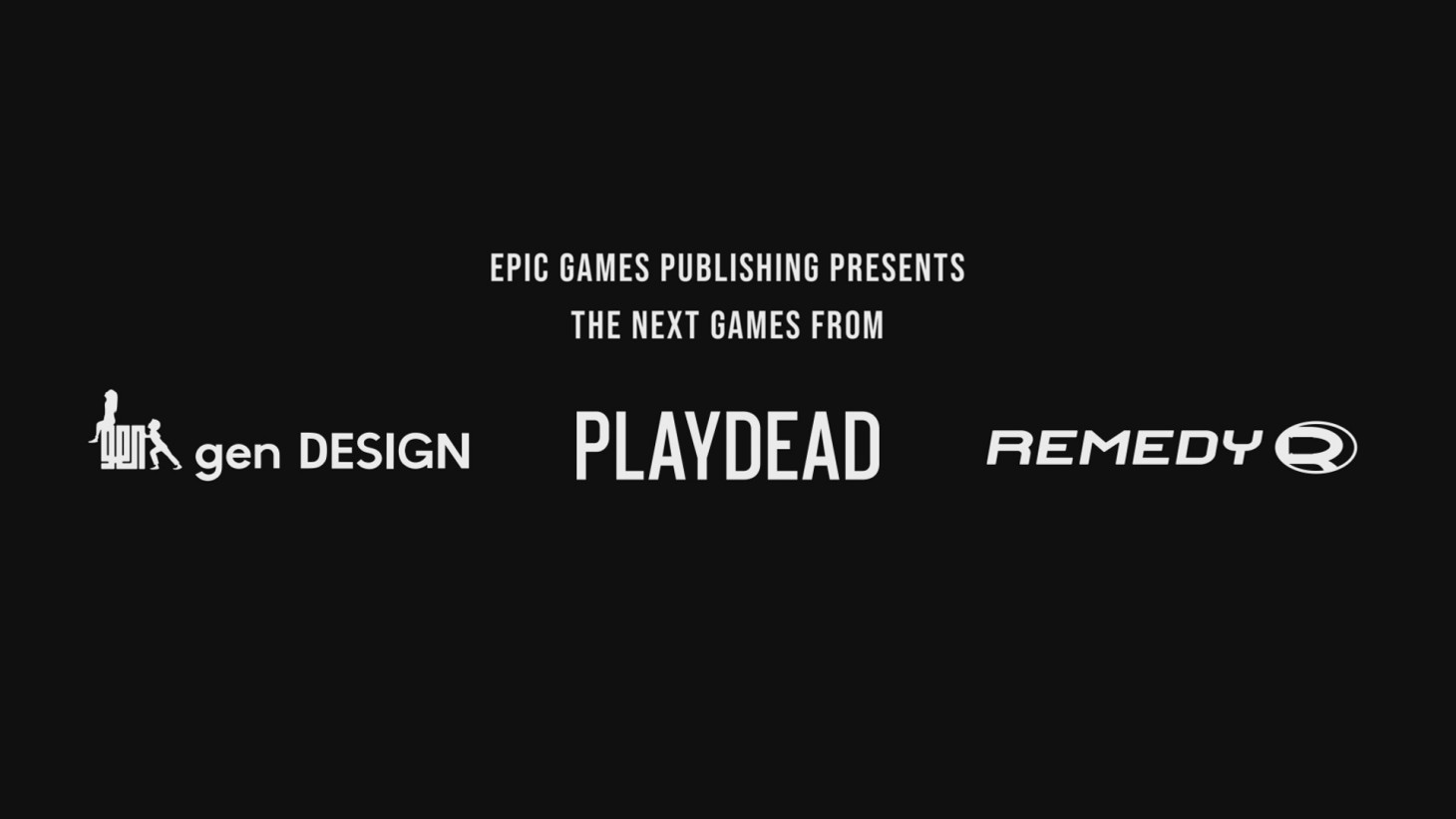 Epic Games has announced it will publish new titles by Remedy Entertainment, Playdead, and Gen Design as a part of a new multiplatform publishing initiative. According to Epic Games, developers retain 100 percent of all intellectual property and creative control of their work and will benefit from 50/50 profit sharing. Epic also touts it will cover to up 100 percent of development costs including developer salaries, quality assurance, localization, marketing, publishing costs, and more.

Remedy Entertainment is coming off of its award-winning action title Control, which was an Epic Games Store exclusive on PC when it launched in August. Playdead has released two award-winning titles: 2010's Limbo and 2016's Inside. Finally, Gen Design is the studio headed by the visionary developer behind Shadow of the Colossus and Ico, Fumito Ueda. In 2016, the studio worked with Sony to release The Last Guardian.

"[Gen Design], Remedy, and Playdead are among the most innovative and talented studios in the industry, with strong visions for their next games,” said Hector Sanchez, Head of Epic Games Publishing, in a press release. “They will have full creative control, while Epic will provide a solid foundation of project funding and services.”

No additional information was made available on these deals, the games they will produce, or other potential partnerships at this time.