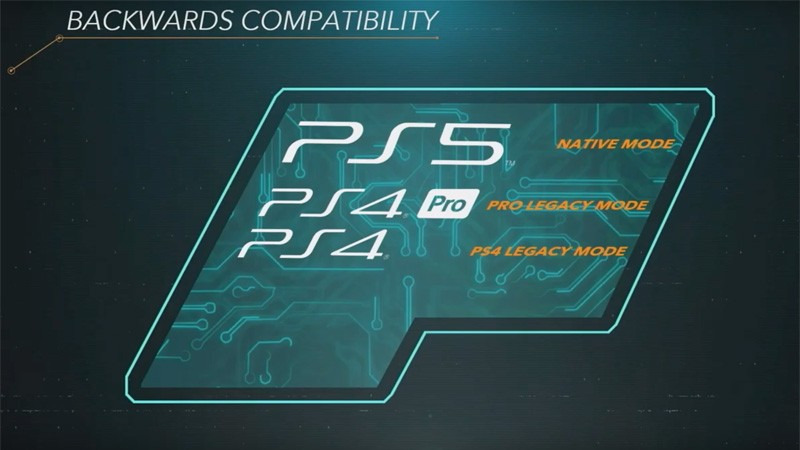 Update: In a recent clarification on the original PlayStation Blog post, Sony noted that the number of PS4 games expected to be supported through backward compatibility is much higher than PS5 lead system architect Mark Cerny's initial comments made it appear.

"We believe that the overwhelming majority of the 4,000+ PS4 titles will be playable on PS5," the post says. "We’re expecting backward compatible titles will run at a boosted frequency on PS5 so that they can benefit from higher or more stable frame rates and potentially higher resolutions. We’re currently evaluating games on a title-by-title basis to spot any issues that need adjustment from the original software developers."

Sony also notes that further updates on backward compatibility will be coming in the months ahead, along with more details about the PS5.

Original Story (posted 3/18/20, 12:05pm): During today's "Road to PS5" presentation, PS5 lead system architect Mark Cerny ran through a lot of technical details regarding Sony's upcoming hardware. Though the event seemed geared more towards developers than consumers, it did clarify some information about one of the topics gamers are passionate about: backwards compatibility.

However, that doesn't mean that every PS4 game will automatically work perfectly out of the gate. Cerny says that running PS4 titles at boosted frequencies can cause complications in certain games. "The boost is truly massive this time around, and some game code just can't handle it," he says. "Testing has to be done on a title-by-title basis."

So what PS4 games can you play on your PS5? Cerny says that "almost all" of the top 100 PS4 games (as ranked by play time) will be available at launch. Presumably, tests on individual games will continue beyond that to continue broadening the library.

By contrast, the Xbox Series X has an even more inclusive approach. Last month, head of Xbox Phil Spencer explained that all existing Xbox One games – including Xbox 360 games that are already backwards compatible on Xbox One – will work on the Xbox Series X.

All of these recent PS5 backwards compatibility details pertain specifically to PS4 Pro and PS4 titles; Cerny did not mention anything about whether PlayStation games from earlier generations will also work on PlayStation 5.