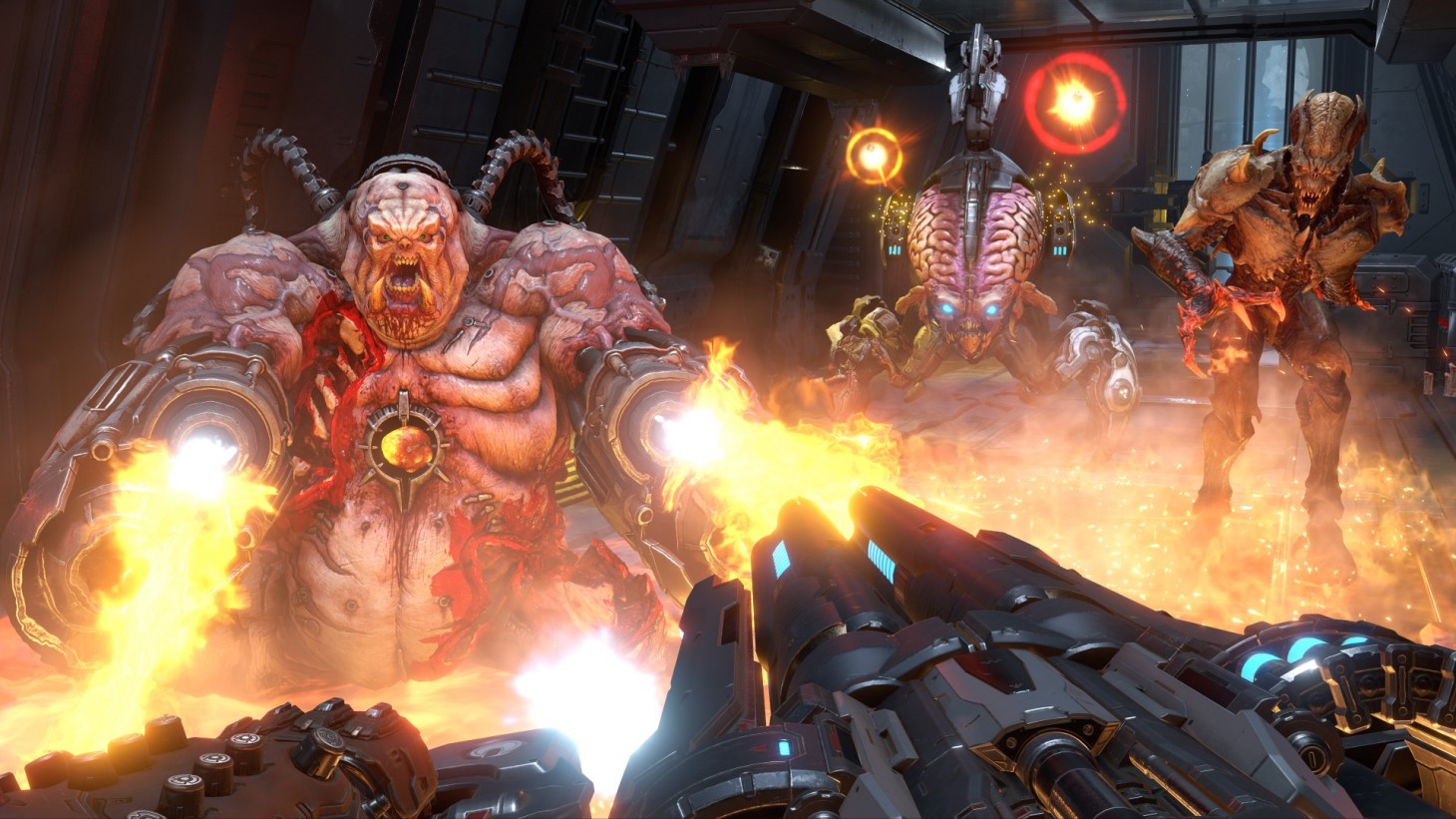 Doom Eternal's review embargo is up, but the multiplayer servers are not online, meaning critics haven't been able to play any of Battlemode yet. For this reason alone, I won't post Game Informer's Doom Eternal review until I get the chance to explore what this avenue of play has to offer.

Battlemode promises to be quite different than Doom's traditional multiplayer offerings, and is designed as an asymmetrical multiplayer experience that pits a player-controlled Doom Slayer against two player-controlled demons. The concept is cool, and playing as bad guys is always fun, yet developer id Software and publisher Bethesda Softworks weren't able to find a way to get it in front of me for the review. From what I can tell from Battlemode's menu, it appears to be a fairly substantial experience, with plenty of unlockables, like skins for the Slayer, demons, and weapons, as well as victory poses and more.

Now the good news: Doom Eternal's single-player campaign is bloody brilliant, and just keeps getting better as it goes. I adored 2016's reimagining of Doom, and this sequel absolutely crushes it. The gunplay is electrifying and loaded with depth. With a wide selection of weapons and gadgets to cycle between, and heightened environment traversal, the Slayer rips across the battlefield like an acrobat who has gone nuclear. He's a sight to behold and fun as hell to control.

I also love how the challenge ramps up as the campaign unfolds. A boss that may have been giving you fits early on eventually becomes a standard enemy you have to combat in numerous levels. That demon may still be somewhat of a pest, but as the Slayer powers up, you'll have the means to drop him in no time flat. Doom Eternal's final delivers madness on a scale we rarely see – it's nuts. Demons are everywhere, and you have to find away to deal with them. It's welcome chaos and an amazing way of closing out another fantastic chapter of Doom.

I'm hoping I will be able to post my review on Friday, but won't know for certain until I get my hands on Battlemode. If your interest in Doom Eternal is just the campaign, don't hesitate in picking it up – it's a masterpiece.