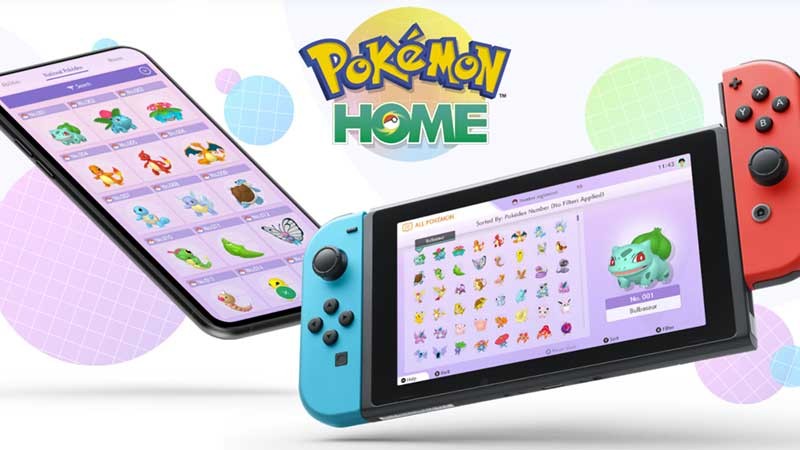 Nintendo has announced details for Pokémon Home, including pricing and features for its two plans: Basic and Premium.

Pokémon Home (via Switch and mobile versions) lets you store your Pokémon in the cloud so you can transfer them between compatible games*, trade them, and more.

Pokémon Home is coming some time in February.

The free Basic version of Pokémon Home only lets you deposit 30 Pokémon, place three Pokémon in the Wonder Box at once (for automated trades), and place one Pokémon in the GTS at once (for trade matching). Basic members can participate in but not host Room Trades, and cannot use the Judge function. Room trades accommodate 20 people at once while judging lets you see how strong they are. The Basic version of Pokémon Home appears to include direct trades between friends.

The Premium plan, meanwhile, greatly escalates the number of Pokémon you can deposit to up to 6,000, allows Pokémon to be moved from the 3DS via the Pokémon Bank, and more. Details – included pricing per month – are elucidated in the chart from Nintendo below (click to enlarge).

It's unknown at this time what happens to your Pokémon in Pokémon Home if you cease your Premium subscription. 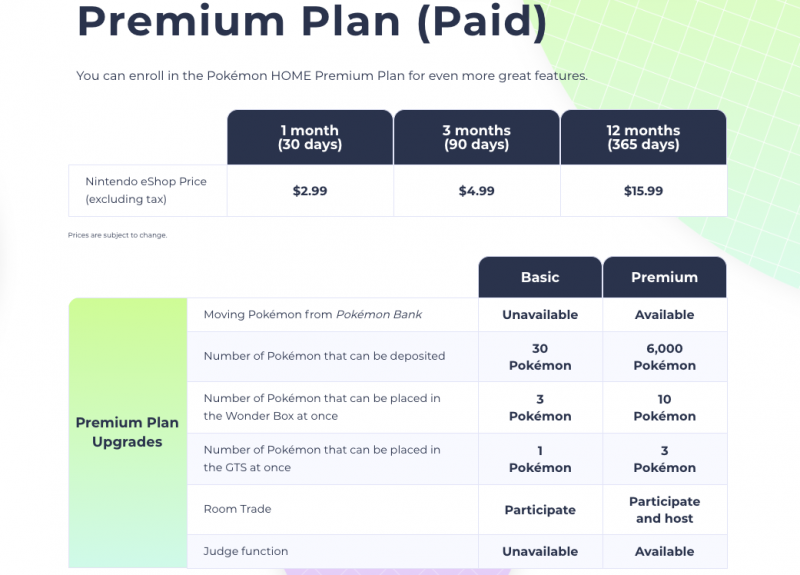 Head over to Nintendo's official site for the differences between the Switch and mobile versions of Pokémon Home, as well as to see more features and details.

*This is a one-time transfer when done from Let's Go Pikachu/Eevee to Pokémon Sword/Shield.