Persona 5 Royal, an expanded re-release of the original game, is coming in just a few months. The highly anticipated refresh contains a plethora of new content, spanning from brand-new characters to the addition of a new school term that picks up where the original left off, in addition to plenty of gameplay improvements and enhancements. Up until this point, Atlus only revealed a spring release window, but today it confirmed an official release date of March 31 for the PS4-exclusive.

Whether you're a first-timer or big fan, this is your chance to experience an already great game in its best form, so mark your calendars. And get ready to fight some injustices and "take your heart." To get started, you can now pre-order the game physically or digitally. The Phantoms Thieves edition (pictured below) looks like the cream of the crop. For $89.99, it contains an official Joker mask, collector's box, artbook, soundtrack, limited edition steelbook case, and dynamic theme. 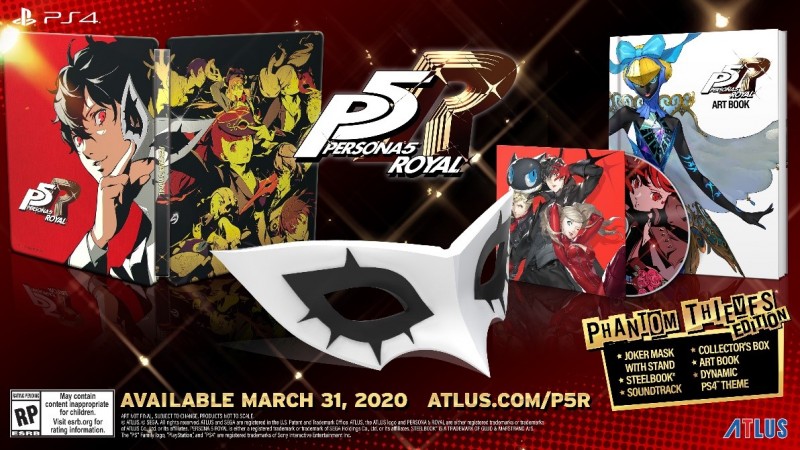