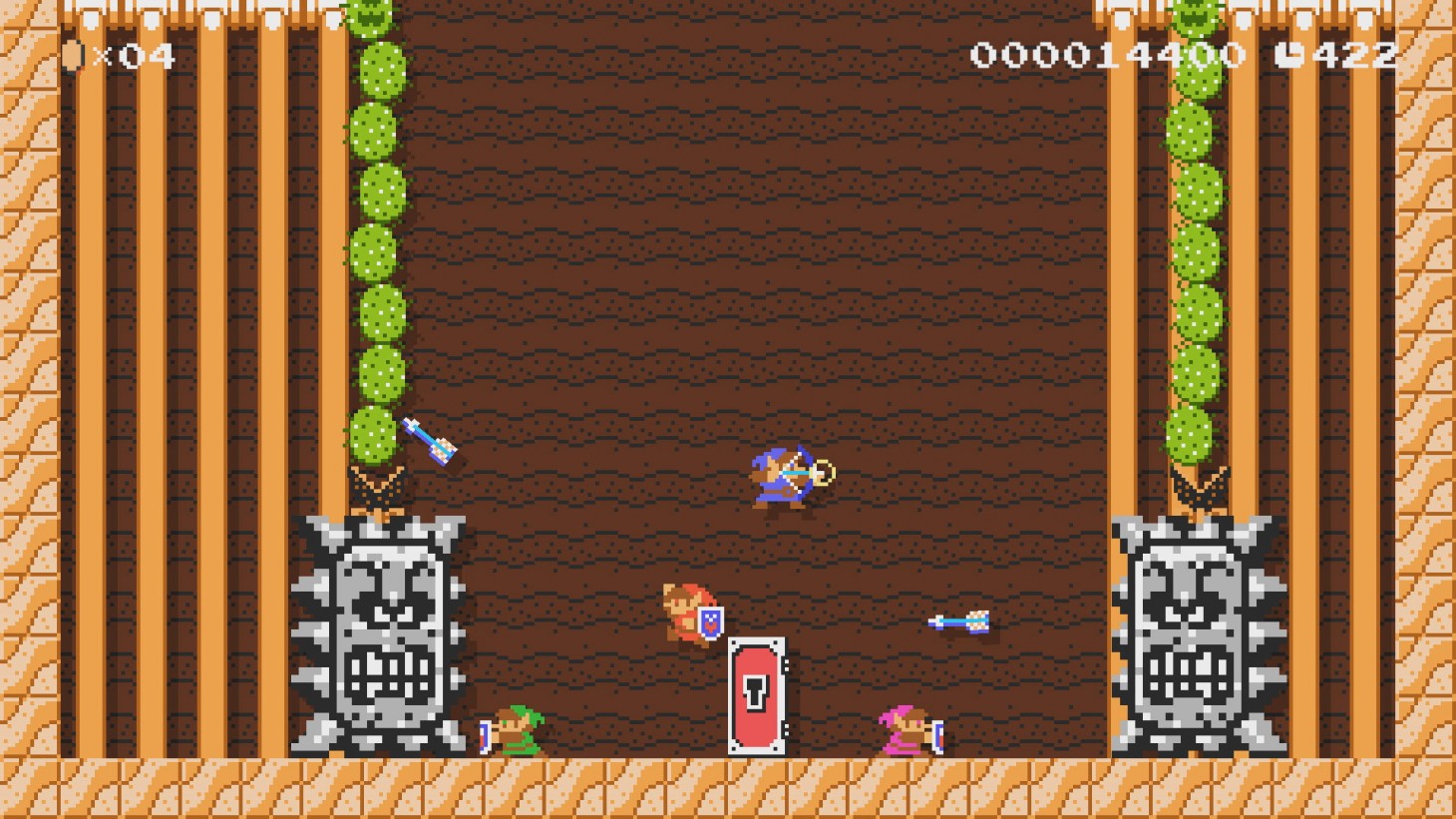 Nintendo has announced its big Ver. 2.0.0 update for Super Mario Maker 2. While many expected a new stage theme to create within, Nintendo instead surprised players with new elements, a new speedrun-focused mode, and an unexpected new playable character from one of Nintendo's other flagship franchises.

The biggest addition with the new update is the Master Sword power-up, which adds Link from the Legend of Zelda series as a playable character. Instead of simply a cosmetic transformation as was the case with the first Super Mario Maker's Mystery Mushroom power-up, the Master Sword actually changes Mario and friends into Link, complete with his arsenal of weapons. Link can attack enemies with his sword, blow up obstacles with a bomb, aim and fire with his bow, and even deflect objects with his shield. Unfortunately, much like the Mystery Mushroom costumes in the first game, Link is exclusive to the Super Mario Bros. 1 theme. 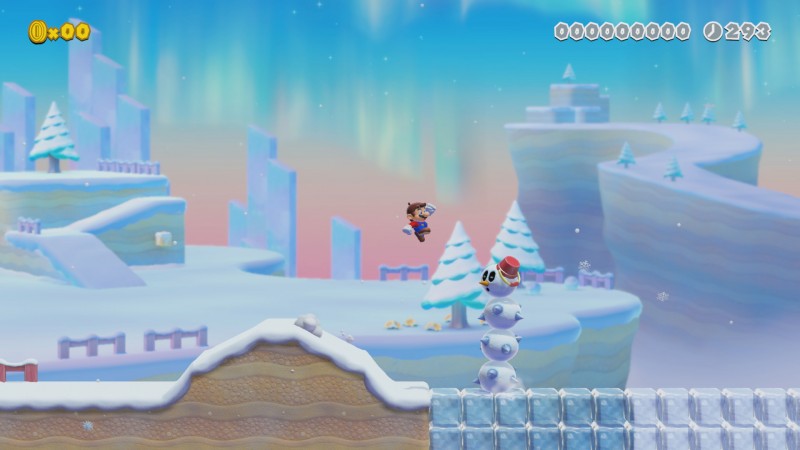 For more traditional Super Mario Maker experiences, Ver. 2.0.0 also adds several stage elements to the stage-creation suite. The update adds frozen coins that can be thawed with various fire elements and a P-Block which can be made invisible or visible by hitting the P-Switch. Spike, the spike-ball throwing enemy, and Pokey, the walking cactus, also join the library of baddies to add to stages. Finally, those creating in the Super Mario 3D World theme will be able to use new Dash Blocks to give players a sudden speed boost.

The final addition in this update is Ninji Speedruns, which give players timed challenge courses online. These stages are created by Nintendo and show other players' runs alongside your playthrough in the form of Ninji Ghosts. The ambition of the mode is that players will see how other players approach stages and will learn from their ghosts and improve their own performance. By clearing these courses, you earn stamps, which can be redeemed for in-game Mii costumes. Each Ninji Speedrun event runs for about a week, with new courses being introduced as the mode lives on. Even after a course is retired from the event, players can still replay them alongside the Ninji Ghosts. While Ninji made their series debut in Super Mario Bros. 2, there are no other hints of anything else from that beloved game coming into Super Mario Maker 2.

You can see all of these new elements and features in action through the official trailer below.

The Ver. 2.0.0 update is available free to all players beginning December 5.