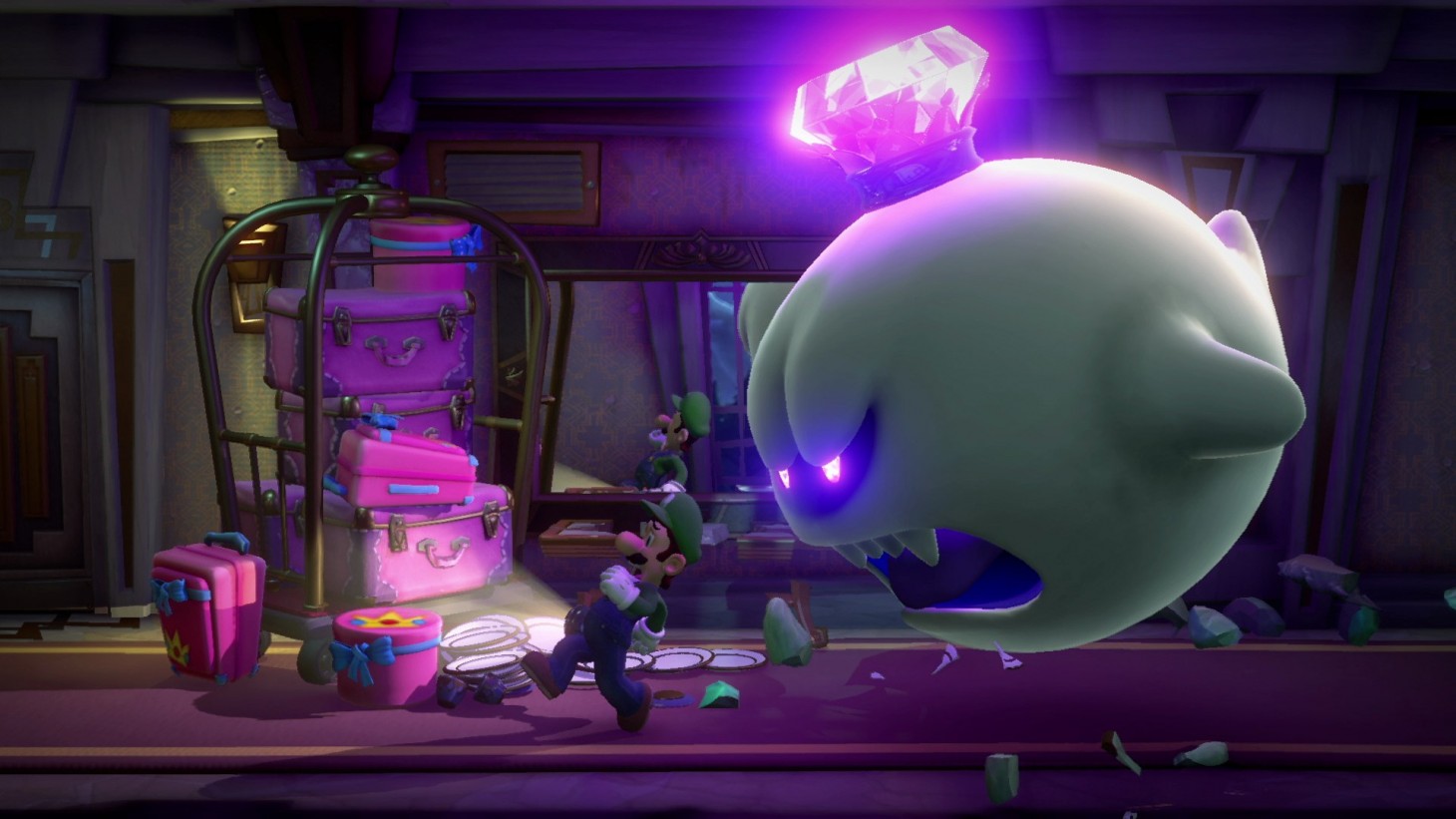 This Halloween Nintendo is giving gamers a special treat: After more than 18 years Luigi’s Mansion will finally be returning to consoles in the form of Luigi’s Mansion 3. It’s a game filled with secrets ripe to discover. To ensure you’ll be pulverizing poltergeists with ease, we have compiled a list of helpful tips and tricks. May your stay at the Last Resort, the games eponymous mansion, be both pleasant and rewarding.

Controls in Luigi’s mansion can be a bit wonky. Some players might find their experience improved with a slight tweak in the control scheme. Go to settings and clink on control. From there you can choose to change how the right stick operates: omnidirectional or horizontal. I found the default to work best while others found it put too much input  on the right stick. Experiment with the options and see what works best for you.

The game only tells you the flashlight’s strobe stuns ghosts, but the weapon also kills mice, spiders, bats, and all other vermin. Not only that but doing so often causes them to explode into money for Luigi to collect; make sure to prioritize gold creatures as they have big payouts.

Much of the world is destructible and interactive. You never know when you’ll find a hidden entrance or bounty of gold. Let your clean freak out and get vacuuming!

The game’s tutorial on Dark Light is limited to bringing certain paintings to life, but the light’s use is far more expansive. It reveals hidden objects, grates, and doors. Some of these do not even leave behind a false image to signal you. Rather, these secret objects are hinted at via environmental storytelling like a phone station lacking a phone or a water-pipe emptying into nothing. These objects and doors often lead to collectibles and/or mini-bosses. Keep your eyes peeled!

Some objects, enemies, and entry points can only be seen through mirrors. So, whenever you see a mirror, check it and compare what you see in the reflection to the level itself. This is a great way to find hidden entrances, collectibles, or even ghosts to fight!

Many of Luigi’s Mansion 3’s best secrets are hidden behind environmental puzzles/minigames. See a pool table? Knock some billiard balls into the pockets. Find some raw meat or ice? Seek out fire to cook or melt! The possibilities are expansive. The hotel and its objects function like their real-life counter parts – meaning many objects can be played with in the game. Get experimenting and let your imagination run wild.

Watch Out For Any Out-Of-The Ordinary Objects

Watch Out For Any Out-Of-The Ordinary Objects a.    Some secret ghosts are invisible and hide within objects. These objects are clearly visible – not haunted, but conspicuously strange in their location. For instance, a newspaper floating above a toilet indicates a ghost getting some light reading in during potty time. If you find any out-of-place objects, get strobing and sucking!

Fairly early in the game you’ll get access to a store where you can spend your loot. One of the available items is a golden bone, which revives you upon death. Luigi’s Mansion 3’s slower pace may render you complacent, but do not be fooled! The game has some difficulty spikes with mobs of ghosts swarming you or nimble bosses’ body-slamming you. A lifeline is always a good idea, and you’ll usually have a surplus of money to burn.

Combat has evolved in this newest entry. Luigi can now slam ghosts as he captures them. Not only does this harm your vacuum’s target, it also incapacitates other ghosts. So, if you keep slamming one ghost into another you can quickly chain takedowns as you slurp up one ghost after another.

For more Luigi lunacy be sure to check out our review.