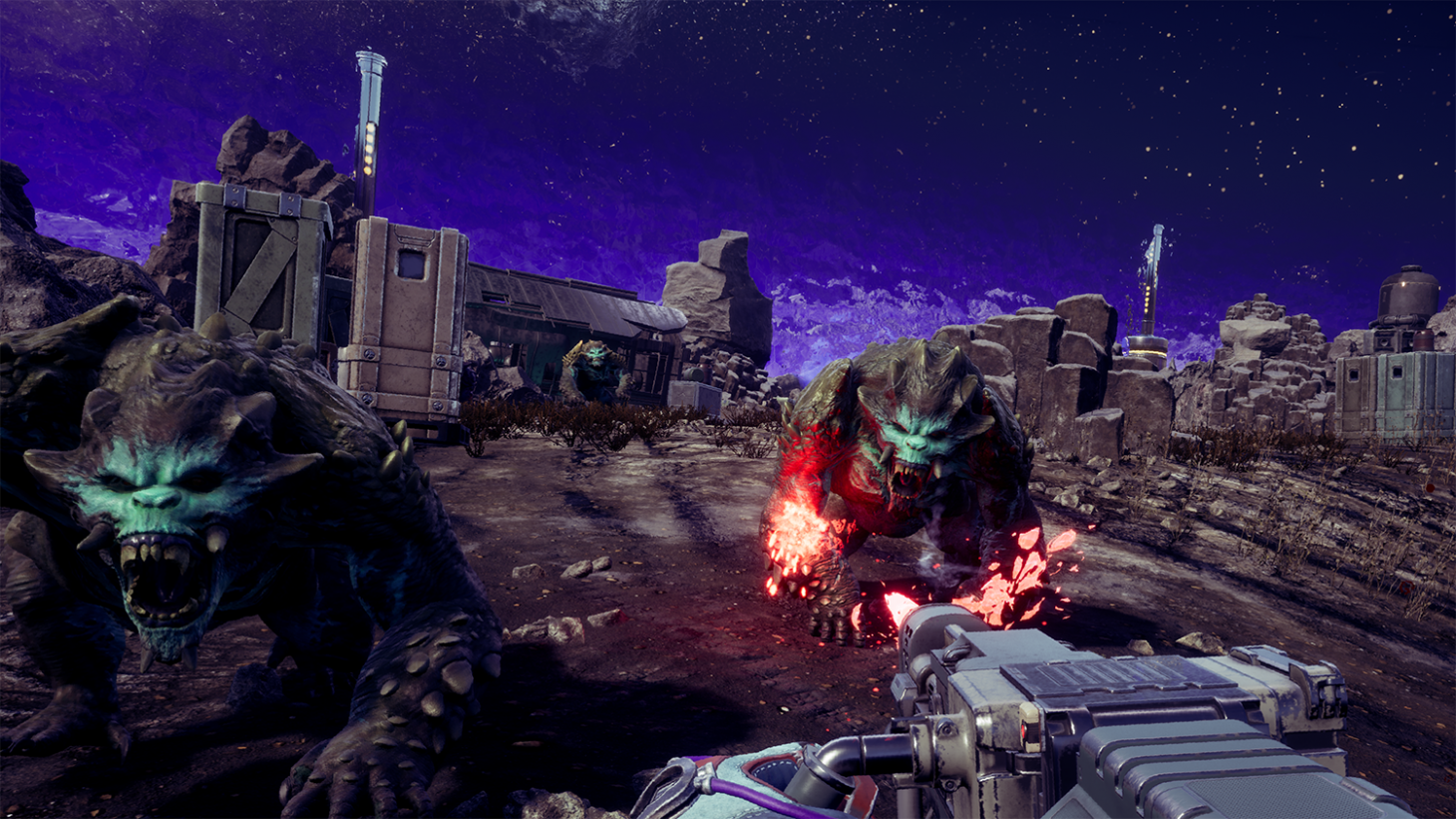 5 Spoiler-Free Tips For The Outer Worlds

The Outer Worlds is here, and it lives up to the hype as one of the most exciting games of 2019. Fans of Fallout and Mass Effect will find familiar elements in Obsidian's new RPG, but newcomers may feel a bit overwhelmed with the number of choices it presents. Don’t worry – we have you covered. Here are five early-game tips that will make you the bane of The Board before you know it.

With the glut of games garnering our attention, it’s tempting to want to play through The Outer Worlds quickly so you can check it off the list and get ready for what comes next. Part of the beauty of the game, though, is that it rewards players for taking the scenic route and delving deeper into dialogue trees and the world itself.

Most of the game’s best moments in the early hours come from organic interactions with the downtrodden denizens of the Spacer’s Choice colony Edgewater. Delving deeper into their lives almost always results in a payoff, from a light chuckle to an entirely new side quest that wouldn’t have been available to you if you hadn’t asked just one more question.

The benefits of exploring the world don’t just extend to those looking for more to do; it can make your adventures in the main quest easier. By thoroughly rifling through each area, players will find terminals that unlock doors and hold secret information. Instead of clearing out your precious hacking supplies (more on that later) or having to mow down a hoard of marauders, players can find cleaner ways to traverse the world and come out on top of sticky situations.

Don’t Hoard Your Side Quests

Blasting through The Outer World’s main mission may seem like the way to go for players with limited time, but to get the full game experience, gamers should look to do side quests relatively soon after they receive them.

As the game progresses and players are forced to pick sides with different factions, certain side quests may become unavailable to you even. Kind of hard to assist someone after you’ve sold them out to The Board, right?

But while it makes sense to do the side quests shortly after receiving them thematically, it’s also advantageous on a gameplay level. Numerous times while venturing off the beaten path, I discovered building keys or information that aided me in my main quest later down the line. Even when you feel the need to keep progressing in the main story, doing the side quests in the same area can lead to resolutions that work for everyone instead of going into a situation with half the story. And don’t we all want a happy ending?

Use Your Hacking Supplies Carefully

Hacking and lockpicking are good ways to build up your arsenal early on, because they open the way to additional weapons, armor, and resources to help you through The Outer Worlds.

This comes at a price though. On top of needing a certain amount of skill points to open the different locks, players also need to have enough of certain materials (bypass shunts and mag picks) to crack their codes, and those don't come easy in the beginning.

Even when you do stockpile enough supplies, it’s important to not blow your stash on the first locked mini chest you see. Chances are there’s usually a bigger chest or a more important room to unlock around the rapt-infested labs or marauder camps, so be sure to explore each section thoroughly. You may never know for sure which is the “right” door or chest to unlock, and you probably won’t be able to get them all – but you just have to make peace with that. Or return to them later with more resources.

Build to Your Playstyle

The Outer Worlds is all about creating the character that works best for you, both on a moral level and a skills-based one. While there's plenty of flexibility and freedom to spend skill points however you wish, the game doesn't allow players to spend without cause.

Because of the game’s hard level cap of 30, you can’t endlessly grind in order to build a completely maxed-out character. That means there are only so many skill points to spend, making it important to establish what kind of character you want in the early hours of the game (though you can reallocate your points later at a minor cost).

Be sure to experiment and try out multiple different playstyles when you first start exploring The Vale and Edgewater. Being the shooter-bro I am, I went into the game with the mindset that I would build a completely ranged character. But as time went on, I found I was having the most fun clobbering enemies with melee weapons and adjusted my point spending accordingly.

As much I just droned on for what must have felt like hours about how important it is to specialize early in the game, there are certain skills I've found more advantageous in the first few hours that I'd recommend investing in early on.

The speech skill tree is easily one of the most important in the whole game. Using persuasion, intimidation, and lying, players can talk their way out of most early game conversations that would be locked to them if they choose to put all their points in another tree. And while certain outcomes can be attained without the use of a well-crafted lie or a polite threat, building your speech skill tree can mean the difference in saving someone's life or walking away from a quest empty-handed.

Defense is another skill I found extremely helpful in the early game. At the start, players will find themselves with little more than a starter pistol and a guard button to use against a whole universe that’s ready to kill you. Because of your light arsenal and open-minded approach to experimenting with your character (see tip above), the Defense skill tree can keep you alive in encounters where you’ve brought a flame sword to a laser fight (both metaphorically and literally).

For more on The Outer Worlds, check out why Obsidian doesn’t want to go full open world with the game’s sequel, as well as our livestream of the game.