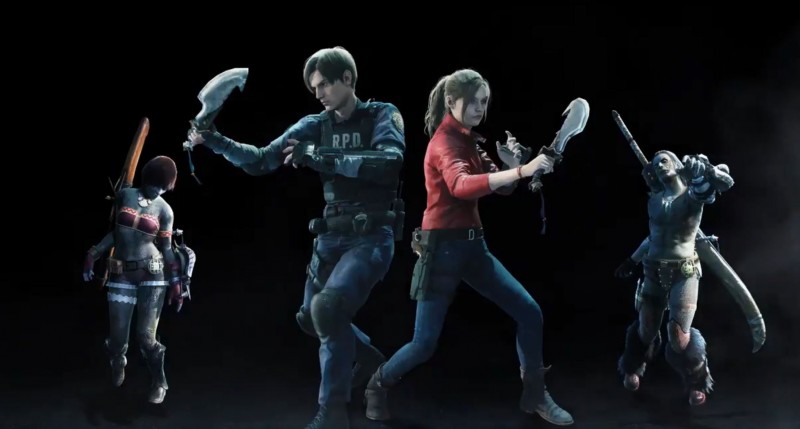 Monster Hunter World is the gift that just keeps on giving. Yesterday, some details trickled out on what's ahead in the October 10 update, which includes a new volcanic area and the option to invite friends to your room. Today, Capcom upped the ante with a cool trailer to reveal that Leon and Claire, in their Resident Evil 2 form, are joining the hunt.

Leon and Claire have faced their fair share of monsters in the Resident Evil series, but now they're getting a taste of the Monster Hunter life. The trailer shows Leon and Claire facing off against zombies dressed in Monster Hunter attire as they swarm areas like the Coral Highlands. They later take on popular monsters such as Tigrex and Vaal Hazak. Seeing Claire slice and dice with a longsword is something else, and Leon is equipped with a flashy gun that packs some power. Then Mr. X shows up, taking on the role the handler usually does. We're guessing he's a skin for the handler.

This all hits in November, but no exact date was listed. Watch the trailer below to see for yourself.