Sony Announces Arise: A Simple Story For This December

During State of Play, Sony announced Arise: A Simple Story – published by Techland (Dying Light) and developed by Piccolo.

The trailer begins showing the ceremonious cremation of an elderly tribesman. From there the trailer depicts a Journey-esque adventure where the tribesman navigates the afterlife. We see him traversing mountains, jumping atop giant flowers, making bridges by pulling down trees, and avoiding ominous shadowy enemies. These scenes imply potential puzzle, stealth, and platform elements. However, it's unclear if any of what’ve seen is actual gameplay so we can only speculate.

We won’t have to wait long to find out more though – Arise: A Simple Story releases this December. 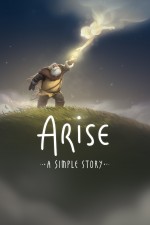