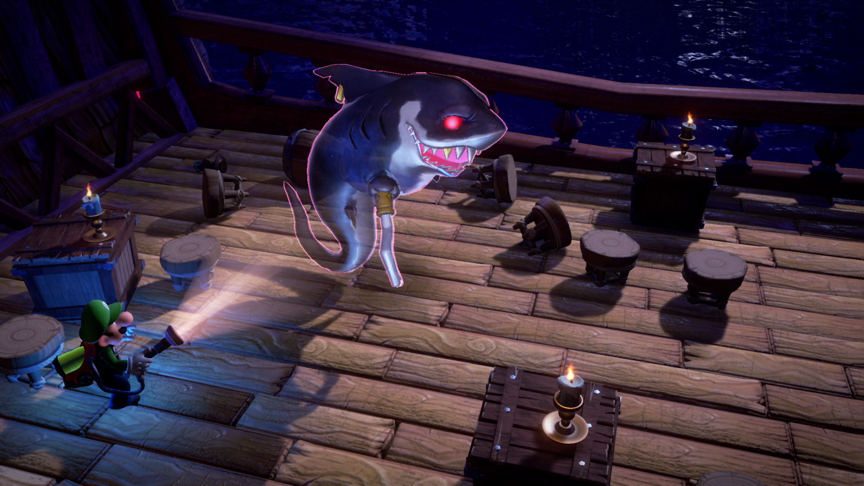 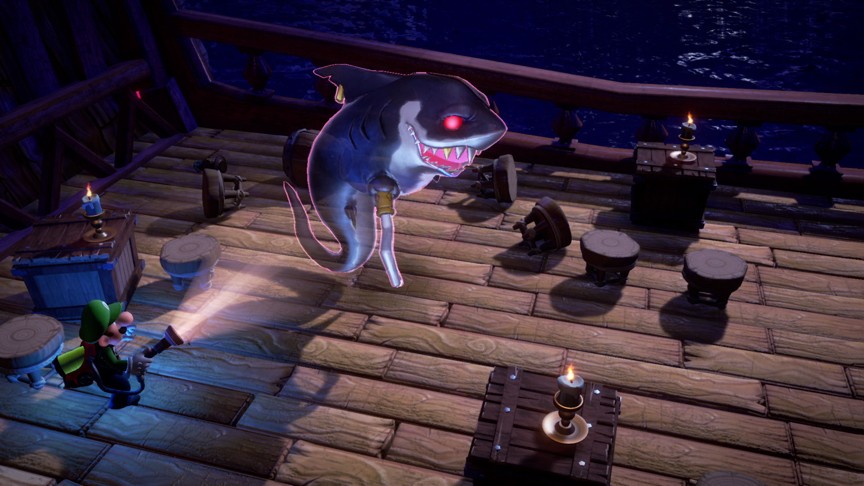 Don't scream over this news, unless of course you are terrified by the demonic ghost shark pictured above. Following the release of Luigi's Mansion 3 on October 31, the game's ScareScraper and ScreamPark multiplayer modes will continued to be supported through paid DLC.

ScareScraper tasks up to eight players to work together to complete objectives on each floor of a towering skyscraper. ScreamPark is another mode supporting eight players (on one Switch system) that sees Team Luigi competing against Team Gooigi in a race to suck up the most ghosts and collect the most coins before time expires. We don't know exactly what the DLC will offer, but the safe assumption is at least new maps.

For more on Luigi's Mansion 3, check out our hands-on preview from PAX West 2019.