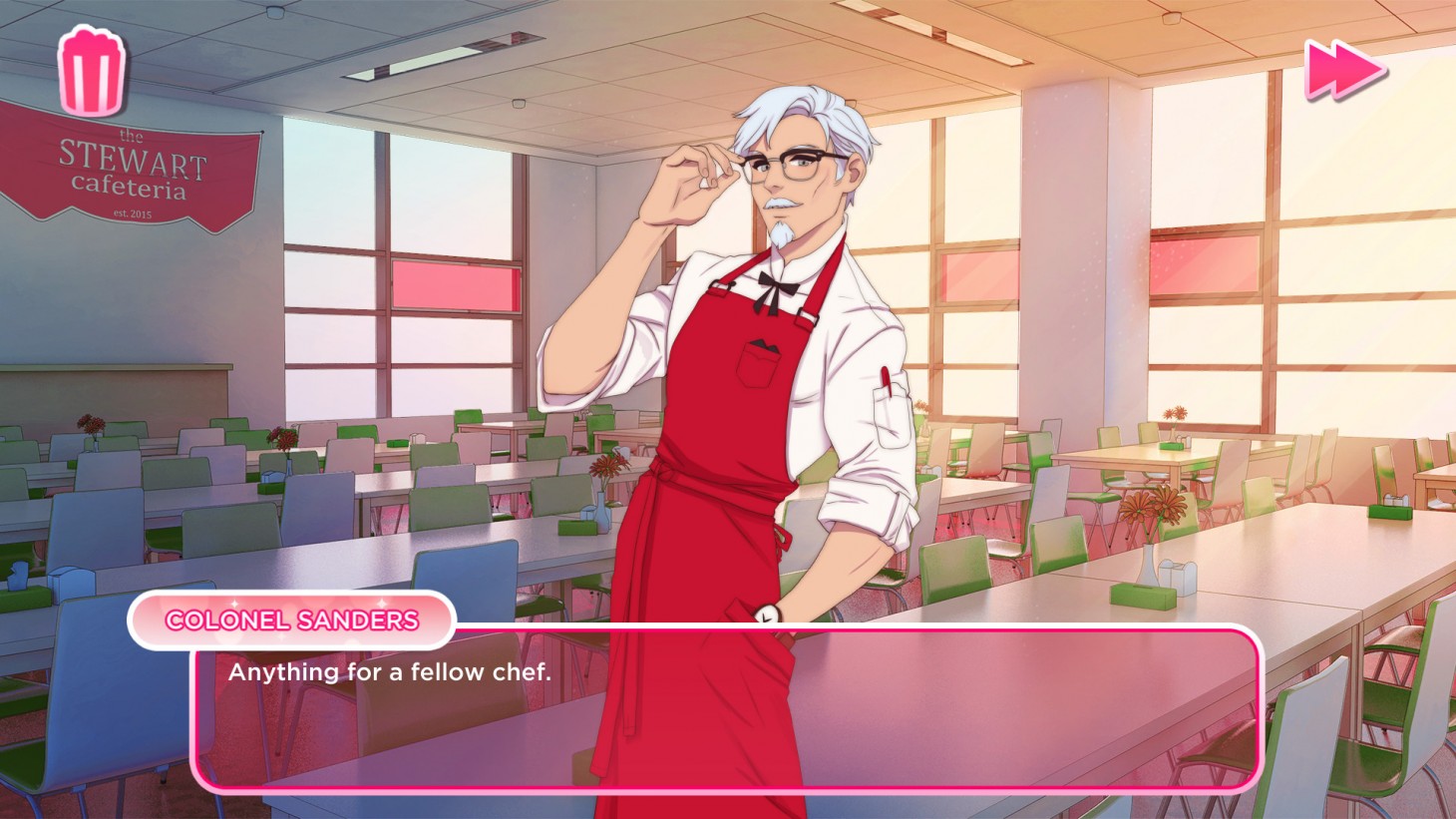 KFC Is Making A Game Where You Can Date Colonel Sanders – No, This Isn't A Joke

Brace yourself: KFC is making a game called I Love You, Colonel Sanders! A Finger Lickin' Good Dating Simulator. The Steam product listing for this unexpected release calls it the "most delicious dating simulator ever created," and your goal is to "win the heart of the most famous chicken salesman."

You assume the role of a young culinary student who apparently has eyes for Sanders. As you cook up what we presume is mostly chicken recipes, you'll make "life-changing decisions that will affect your chances of friendship and love." Along with Sanders, you'll confront other characters including a dog, and, well, what may be one of the best lists of features ever:

Who doesn't want to play through this? Seriously. As silly as this game sounds, I love the sense of humor KFC and developer Psyop are going for. Right now, I Love You, Colonel Sanders! A Finger Lickin' Good Dating Simulator just has a "coming soon" release date and it's only listed as PC, but we may learn more as additional information is delivered. For now, check out the trailer: